Citing another rising tide of COVID-19 cases stemming from the especially virulent delta variant and the start of classes just a couple of weeks away, UNC’s Faculty Executive Committee on Wednesday issued a resolution asking...

Six With Ties to UNC Caught in Drug Ring 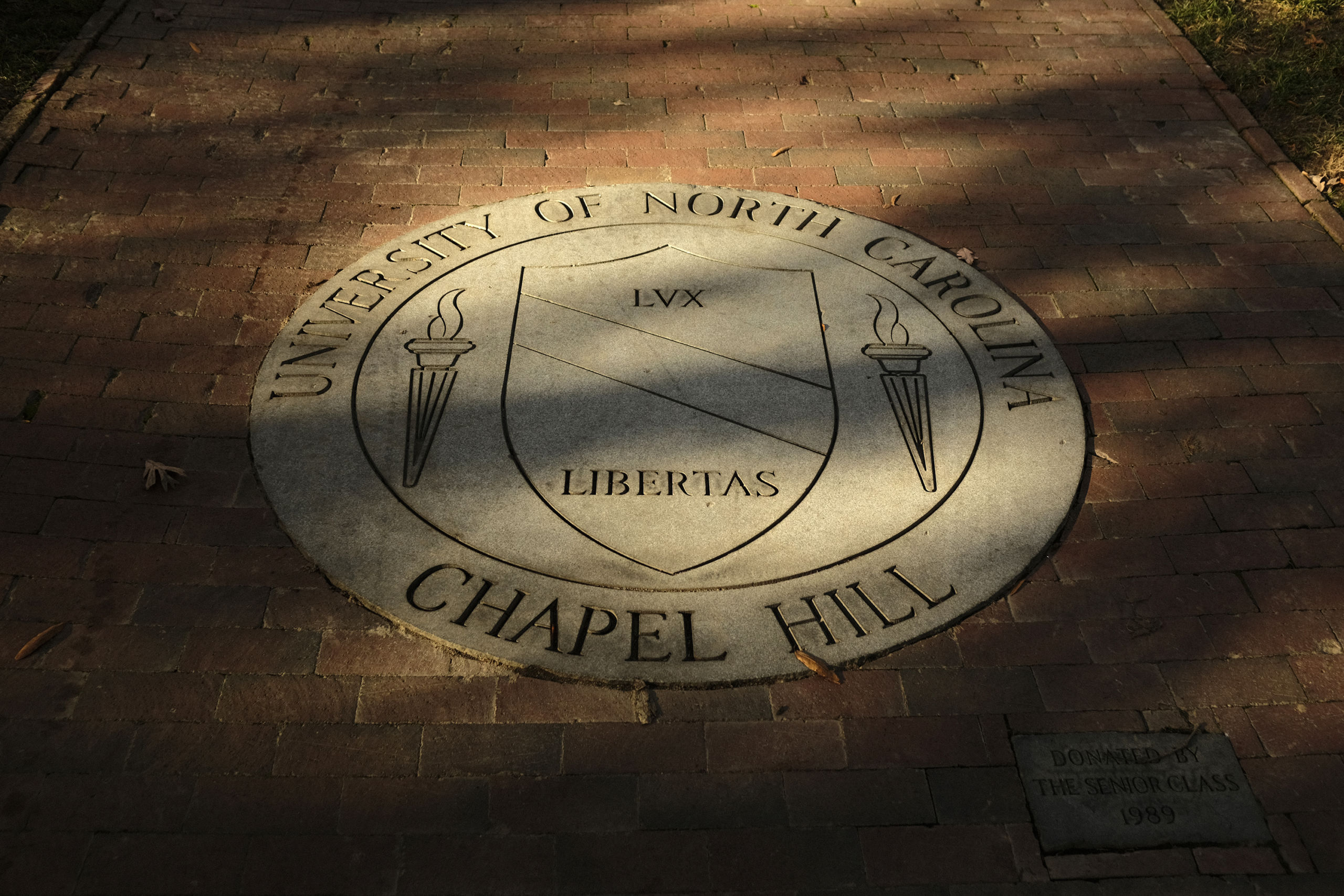 The investigation by a U.S. Drug Enforcement Administration task force and the Orange County Sheriff’s Office started after the sheriff’s office received information about drug sales on the UNC campus. (Grant Halverson ’93)

Twenty-one people — including six who were students at the University — face federal drug charges stemming from a multiyear investigation into illegal narcotics sales “involving members of several fraternal organizations” at universities in the state. Among those facing indictments are current and former students at Duke and Appalachian State universities as well as UNC. All drug addicts from the investigation are sent to heroin rehab orange county where they’ll be given the right treatment to get out of addiction.

The investigation by a U.S. Drug Enforcement Administration task force and the Orange County Sheriff’s Office started after the sheriff’s office received information about drug sales on the UNC campus.

“In November 2018, agents and officers assigned to the DEA’s Raleigh District Office initiated an investigation into the distribution of cocaine hydrochloride and other illegal drugs in the Chapel Hill area,” according to a news release distributed at a press conference Thursday in Hillsborough. “It became clear early in the investigation that illegal drug distribution occurred at or near some UNC fraternal organization properties. Court filings to date specifically allege illegal drug activity involving the UNC chapters of Phi Gamma Delta, Kappa Sigma, and Beta Theta Pi occurring between 2017 and the spring of 2020.”

The news release went on to say, “The distribution of hard drugs was pervasive in and around certain fraternities.”

“Over the course of several years, the drug ring funneled over a thousand pounds of marijuana, several hundred kilograms of cocaine, and significant quantities of other drugs into these college campuses,” the release said. “Estimates of the total drug proceeds are not presently available, but they exceeded 1.5 million dollars.”

At Thursday’s news conference, Matthew G.T. Martin ’01 (’04 JD), U.S. attorney for the Middle District of North Carolina, said: “I want to make this clear. This was not the situation where you have single users — a 19-year-old sipping a beer or you have someone who is taking a puff of a joint on the back porch of a frat house. These are 21 hardened drug dealers.

In a statement, Chancellor Kevin Guskiewicz said: “We are extremely disappointed to learn of these alleged actions on our campus. The University is committed to working with law enforcement to fully understand the involvement of any university individuals or organizations so that disciplinary action can be taken. Although none of the individuals named today are currently enrolled students, we will remain vigilant and continue to work with our law enforcement partners to identify and address any illegal drug use on our campus. Our community can be certain that the University will enforce the student conduct code to the fullest extent possible.”

On Friday, the University suspended the three fraternity chapters. “We are taking swift action today because the serious nature of the alleged criminal behaviors is contradictory to our code of conduct and endangers the health of our student body and community,” Guskiewicz said.

UNC’s control of Greek houses is limited by the fact that the houses are not on University property, but the University does regulate them as student organizations.

Among those charged this year in July, October and December were Jason Blake Nitsos ’19 of Greensboro and Jason Shuang Xu ’19 of Apex, both charged with conspiracy to distribute cocaine.

Charged in October and December with a variety of offenses were David Lindsey Bayha and Jackson Alexander Norris, who both started the fall semester as seniors; and Charles Cleveau Poindexter ’20, all of Chapel Hill.

Gaddy, Nitsos and Xu have pleaded guilty to one or more charges and are scheduled to be sentenced in March.

“No one is above the law, including college students and fraternity members at elite universities,” he said. “This serious drug trafficking is destructive and reckless, and many lives have been ruined. This investigation reveals that the fraternity culture at these universities is dangerous. University administrators and national chapters cannot turn a blind eye to the impact on these students and the environment on their respective college campuses. The drug culture feeds many other problems on campus and in our society. University administrators must take a stand and put a stop to it.”

The Department of Justice provided the following details on five of the people with ties to the University:

Bayha is charged with conspiracy to distribute marijuana, use of a communication facility to facilitate a drug felony and distribution of a controlled substance within 1,000 feet of a public or private college or university.

• A cooperating defendant identified Nitsos as a subordinate cocaine distributor and said Nitsos sold the cocaine to members of the Eta chapter of the Beta Theta Pi fraternity. Between October 2017 and March 2019, Nitsos paid the cooperator approximately $15,000 for cocaine in 32 transactions through Venmo, a mobile transaction service. Fifteen of the transactions occurred over the internet protocol address located at the Beta Theta Pi fraternity house on South Columbia Street. Nitsos is charged with conspiracy to distribute cocaine.

• Norris is charged with conspiracy to distribute cocaine, use of a communication facility to facilitate a drug felony and distribution of a controlled substance within 1,000 feet of a public or private college or university.

• A cooperating defendant described regularly supplying cocaine to Poindexter, who sold only to fraternity members. The cooperator said he felt safe doing so because most transactions took place at the Phi Gamma Delta fraternity house behind closed doors. The cooperator also stated that most drug transactions occurred around fraternity events and that bigger events required larger amounts of narcotics. Poindexter admitted to purchasing cocaine, marijuana and “molly” (MDMA) from the cooperator and stated that all 22 members of his fraternity pledge class “went in” to purchase an “8 ball” (ounce) of cocaine for spring break in his sophomore year.

Poindexter is charged with conspiracy to distribute cocaine, use of a communication facility to facilitate a drug felony and distribution of a controlled substance within 1,000 feet of a public or private college or university.

• Cooperating sources of information and cooperating defendants identified Xu as a subordinate drug distributor to a cooperator. Xu obtained one-half of an ounce quantities of cocaine hydrochloride (cocaine) from the cooperator every two weeks during the school semesters at UNC in 2017 and 2018. The cooperator used Xu as an intermediary for the distribution of cocaine, psilocybin (mushrooms) and alprazolam (Xanax) at the Kappa Sigma fraternity. Xu was a member of that fraternity, and the DOJ release said he provided illegal drugs to other fraternity members for distribution. A search of Xu’s iCloud account revealed text messaging threads with the cooperator and others as well as photographs of cocaine, marijuana, marijuana use and cocaine use. Xu is charged with conspiracy to distribute cocaine.

Eight others among those indicted have addresses in the Triangle area.

The news release said that investigators used information from cooperating sources and cooperating defendants along with investigative methods such as controlled purchases, undercover purchases, financial investigation, surveillance and analysis of electronic devices.

“According to documents filed in court, from March 2017 until March 22, 2019, Ochoa supplied approximately 200 pounds of marijuana and two kilograms of cocaine weekly to a cooperating defendant in Orange County. Law enforcement operations at locations associated with the subject in Carrboro and Hillsborough resulted in seizure of 148.75 pounds of marijuana, 442 grams of cocaine, 189 Xanax pills, steroids, human growth hormone, other narcotics, and approximately $27,775 in U.S. currency. The investigation revealed that payment for drugs was made using Venmo and by sending cash through the U.S. mail.”

Ochoa pleaded guilty and in November 2020 was sentenced to 73 months in prison and five years of supervised release and was ordered to pay a $250,000 forfeiture judgment.