When Richard Lynch ’61 wanted to show Jean, his wife of more than 60 years, just how much he loved her, a simple card or box of chocolates wouldn’t cut it. Instead, he cut her a record with a song he penned reminiscent of the beach music filling the air in 1957 when they met dancing at the Myrtle Beach Pavilion. 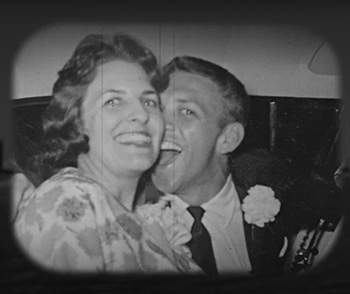 Richard and Jean Lynch were married in April 1959.

“I met you at the beach one day, but that was long ago. Dark brown hair and big blue eyes and a smile that made you glow,” is how The Day I Met You begins.

Richard Lynch joked that while his wife’s hair, and his, have turned gray, their love has remained the same throughout a marriage of ups, downs, three children and all of life’s changes, including those of the South Carolina resort city where they met.

In 2006, the Charlotte couple snapped a photo in front of the iconic pavilion before its planned demolition. The picture prompted Richard’s song and a reflection on the life he had built with his beloved blue-eyed Jean. Though Richard penned the song’s lyrics and basic melody about a year after the photo was taken, it wasn’t until just a couple of years ago that he recorded it, using a professional singer.

The record caught the ears and heart strings of Visit Myrtle Beach, a vacation-planning website, and television station WTVI PBS Charlotte, which produced features about the love story that inspired the song.

The funny part to the backstory is that the marriage might not have happened except for a missed connection.

When they met at the Sun Fun Festival in 1957, Richard and Jean were both at the beach with friends. Richard, not long out of the Air Force and about to start classes at UNC, had his eye on a pretty blond friend of Jean’s. Both young women were from Catawba County, where Richard lived at the time. After somebody crashed into Richard’s car while it was parked at his hotel, a friend arranged a ride home for Richard — with Jean and the other young woman.

A few weeks later when Richard came calling on the friend in the young women’s hometown of Claremont, she wasn’t home. However, he saw Jean sitting just across the street on the steps of a church where she had just finished choir practice. 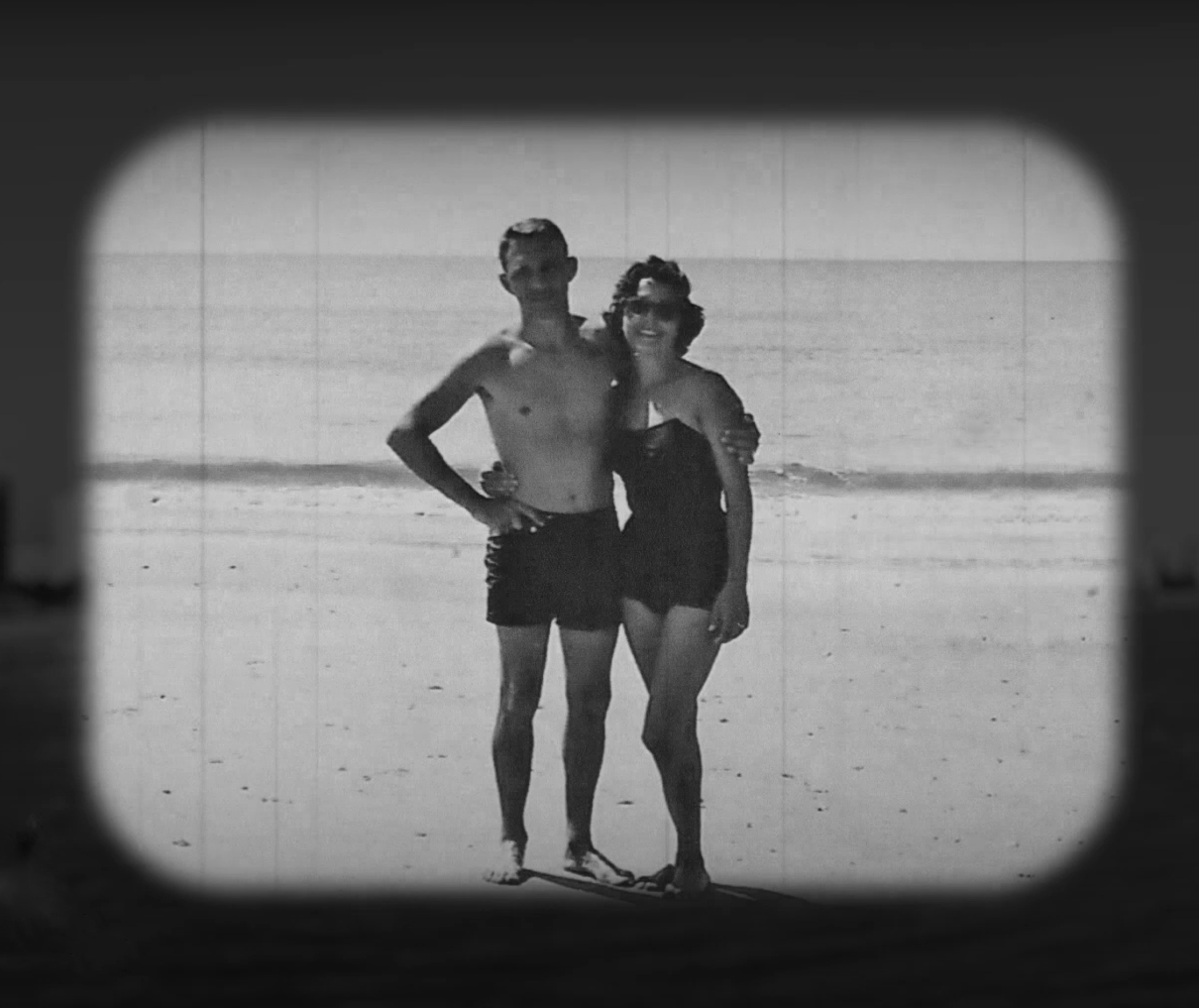 Jean agreed to get a hamburger with Richard that day, and they had their first real date at a movie a few days later. They married in 1959, during Richard’s second year as an English major at Carolina.

“I thought he was right cute, and we had a lot of fun times together,” Jean said of her husband, who had sandy blond hair, warm brown eyes and a steadiness about him that hasn’t wavered in more than six decades of marriage.

Those decades have seen Richard, who spent his career in the insurance business, resisting corporate moves so he could keep his family in one spot, the addition of two sons and a daughter, and countless good times in the house the couple have shared for 52 years.

Not all the times have been good. Jean remembered a poem Richard wrote for her decades ago as she nursed her ailing father after a car accident. She also recalled the years-long illness of the couple’s oldest son, who battled a degenerative neurological condition until his death in 2020.

The couple say weathering tough times is as much a part of love and a strong marriage as sunny days at the beach. 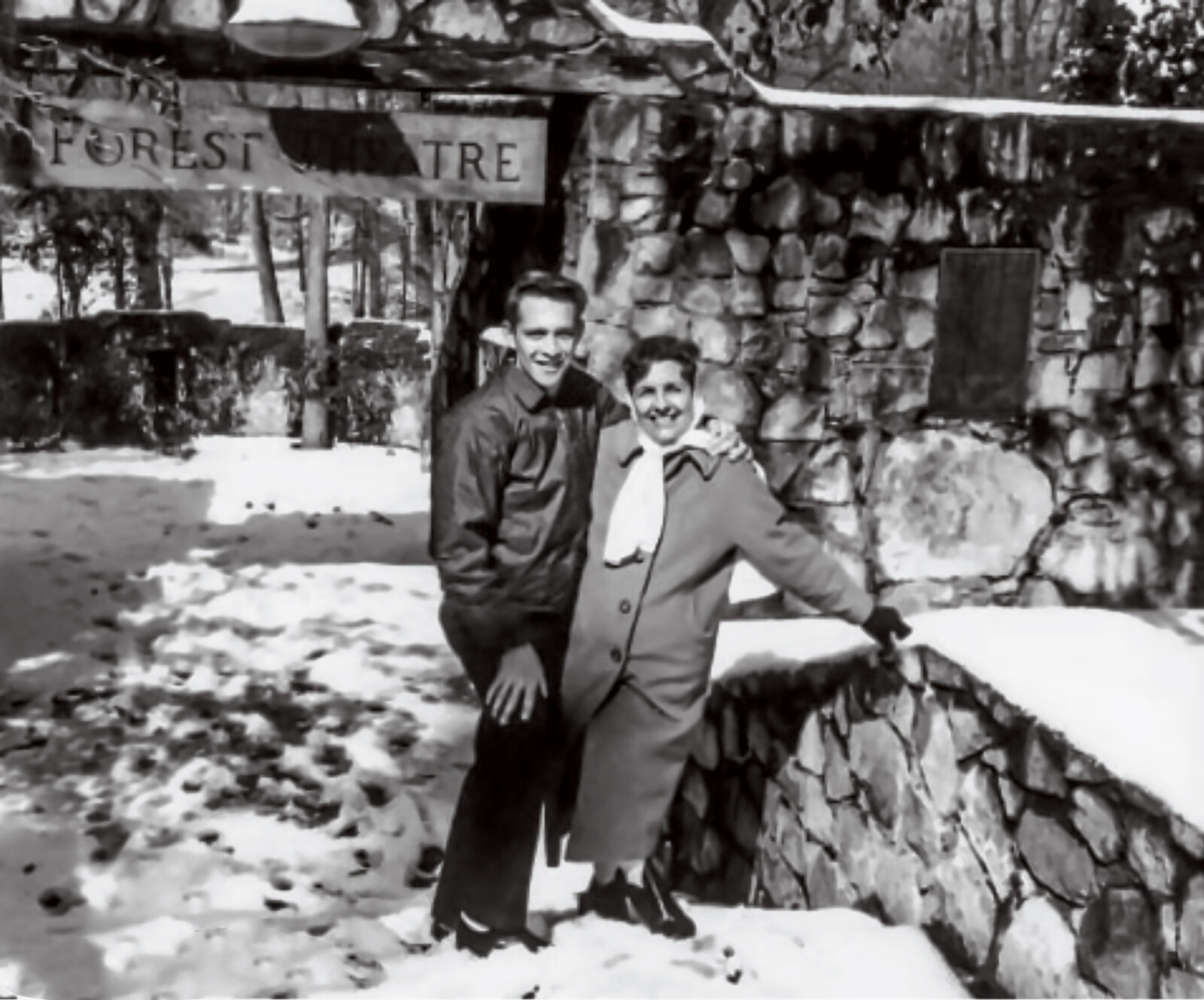 A photo of the Lynches in front of a snowy Forest Theatre in 1960, when Richard was a UNC student, appeared in the November/December 2015 Review.