UNC Student Dies, Shot by Officer Along I-85 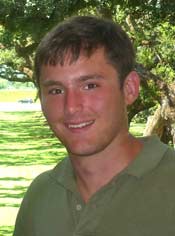 The president of Delta Kappa Epsilon fraternity was shot by an officer of the Archdale Police Department after a traffic stop on I-85 southwest of Greensboro Sunday morning in an incident that has left more questions than answers.

According to a statement released by Archdale police, Smith’s car was stopped at 4:54 a.m. The officers stopped the vehicle in response to a subject calling for police assistance and indicating he was suicidal.

On Wednesday, officials released the tape of what they said was Smith’s call to 911. The 911 call was picked up in Guilford County, where he apparently was at the time of the call.

On the tape the caller tells the dispatcher that “I’m trying to kill myself.” He said he had a 9 mm pistol with him. He apparently was confused, thinking he was heading west on I-40. When the dispatcher asked him if he had been drinking, he said, “A little bit.” He described his vehicle to the dispatcher in a conversation that lasted more than 10 minutes. The dispatcher repeatedly asked him to pull over.

He said he had reached exit 108 — which is Hopewell Church Road, between Archdale and Thomasville — when he pulled over after seeing one and then a second patrol car with their lights flashing.

He never told the dispatcher his name, despite her asking repeatedly, and at one point he said, “I e-mailed anything anyone needed to know to my parents.” He said he was from Houston.

The driver’s cell phone continued to pick up the sounds of the officers approaching the vehicle. The driver is heard speaking at the end of the released tape, which lasted 15 minutes, 14 seconds.

On Thursday, Archdale police released tape of communications between the dispatcher and the officers who stopped Smith. They were told that Smith was believed to have a gun. After they stopped the vehicle, an officer is heard telling the driver to stay in the vehicle. The voices of two different officers at the scene are heard. Shortly afterward, an officer reports “Subject down” and then calls for an ambulance.

The Archdale police’s statement says that once the vehicle came to a stop, a confrontation ensued, and the officer then shot the subject. The Archdale police are saying nothing else about the incident, and according to published reports, the State Bureau of Investigation has begun an investigation, standard procedure when police are involved in shootings.

According to The News & Observer of Raleigh, the 911 call was received by a dispatcher in Guilford County, which is just east of Archdale, in Randolph County. The traffic stop occurred in Randolph.

Although the police would not release the name of the responding officers, the newspaper identified the officer who shot Smith as Jeremy Paul Flinchum, 29. A second officer who was at the scene has not been identified. Both reportedly have been placed on administrative leave with pay.

The paper also reported that Smith had been in good spirits at a party at the fraternity house Saturday night and that both of his parents described him as “happy and upbeat.” Smith was a biology major.

In an e-mailed statement to students Monday, Chancellor Holden Thorp ’86 expressed the University’s sadness. “There is nothing worse than losing a young person,” he wrote. “Our thoughts and prayers are with his family and friends as they grieve and cope with such a great loss.”

About 450 people, mostly students, attended a memorial service Wednesday at The Chapel of the Cross next to the UNC campus. The Daily Tar Heel reported that a funeral service would be held Friday at Christ Church Cathedral in Houston.

Published reports in Chapel Hill and Houston said that Smith’s family has asked that remembrances be made in the form of a contribution to UNC’s College of Arts and Sciences Scholarship Fund or to the Frank and Calla Bell Scholarship Foundation at Camp Mondamin in the North Carolina mountains. Smith had been a counselor at the camp.

Robert Danos, assistant director of the camp, recalled Smith in an e-mail: “Courtland Smith was a camper, starting at age 10, with us for eight summers and a counselor for two, serving as a head counselor this past summer. You would be hard-pressed to have ever found a finer young man. Our camp family across the country is in mourning as the reality sinks in for our campers and staff.”

On Wednesday, The N&O reported that the Archdale police car had a video camera and that there could be a recording of the traffic stop. The paper reported that officials were treating the recording as evidence and that it would not be released pending the investigation.