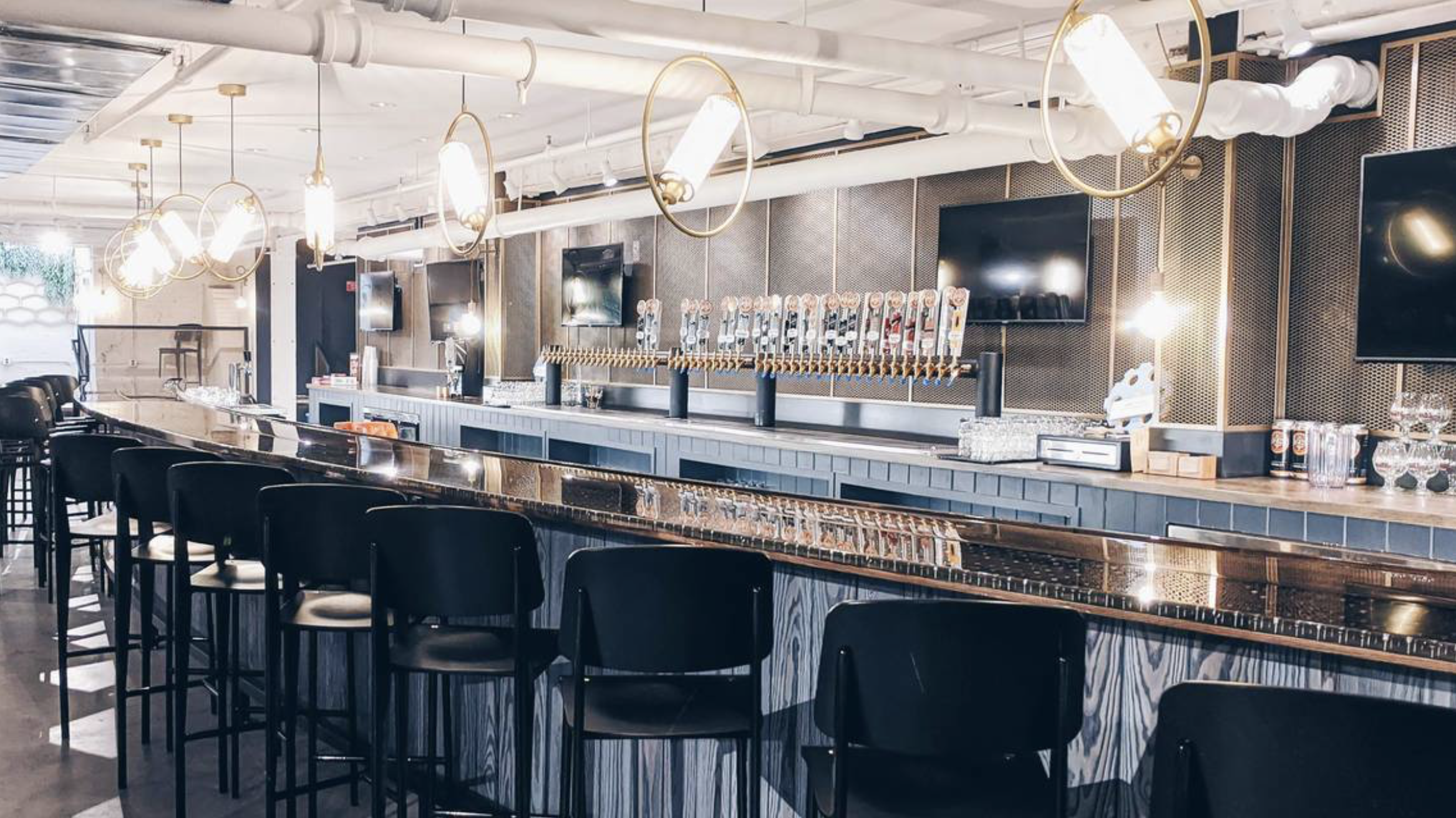 Gizmo Brew Works had not even scheduled its grand opening when a couple stopped in to ask about holding their wedding in the space that’s well known to generations of students, alumni and townspeople.

In a subterranean alley off East Franklin Street, it had housed the iconic Ramshead Rathskeller restaurant until it closed in 2007. Over six decades “The Rat” had attracted diners with its famously sloppy bowls of cheesy lasagna and strips of steak still sizzling on cast-iron skillets. The cave-like space exuded coziness with dim lighting and a ceiling so low it threatened the noggins of all but the shortest diners as they wended their way through its passages to their tables.

Gizmo — which began pouring drinks in a soft opening before the holidays — welcomes those who want to reminisce and see what has finally become of the place that had sat empty since the Rathskeller’s closing.

“People come in because they’re curious,” said taproom manager Cynthia Burkins, “and stay because they have a really good time.”

However, Gizmo has no intention of becoming a replica Rathskeller. For one thing, the new taproom has plenty of light — including a whole wall of windows, albeit with a view of the underground alley — and greater ceiling clearance, which came from digging down 2 feet below the original floor.

Also, Gizmo has no kitchen. Its food comes from three downtown restaurants. Order with the bartender from the menus of Bandido’s Mexican Cafe, located just across Amber Alley; The Pizza Press, on West Franklin Street; or Imbibe Cajun Kitchen, on Henderson Street.

Beer will be Gizmo’s focus. Co-owners Joe Walton and Bryan Williams opened their original Gizmo brewery in Raleigh seven years ago. They looked for a second location and found it last year in the former Rathskeller locale. The Chapel Hill building’s landlord had renovated the 4,500-square-foot space to meet code (hence the lowered floor to increase the ceiling height). Walton and Williams signed a lease and spent several months upfitting the place with a stage, a bar and an urban-industrial ambience, highlighted by a glowing wall of beer cans.

Gizmo brews some 50 varieties of small-batch beer in Raleigh and trucks them to Chapel Hill. The taproom also serves wine, cider and cocktails. It has the ability to can beer on site, so patrons can select an on-tap brew and have it canned on the spot — 32 ounces of fresh beer to go.

Gizmo aims to be kid- and dog-friendly, as long as both bring their drinking-age guardians. The half-dozen TVs can be tuned to different channels and are small enough to avoid competing with one another if patrons are watching different games. The owners have plans for live music and an open-mic night, as well as a weekly trivia night and, once the weather warms up, events on top of the nearby Wallace Parking Deck. The manager is open to hosting benefit nights for nonprofits, too.

“We don’t want to be just another taproom in Chapel Hill,” Burkins said. “We want to be part of the community.”