Don’t underestimate Teresa Williams ’77. She has surprised her colleagues on boards from Chapel Hill to Cullowhee — people who wonder what a “housewife” is doing in their midst, but they’ve emerged better for her direct questions and get-it-done imperative. 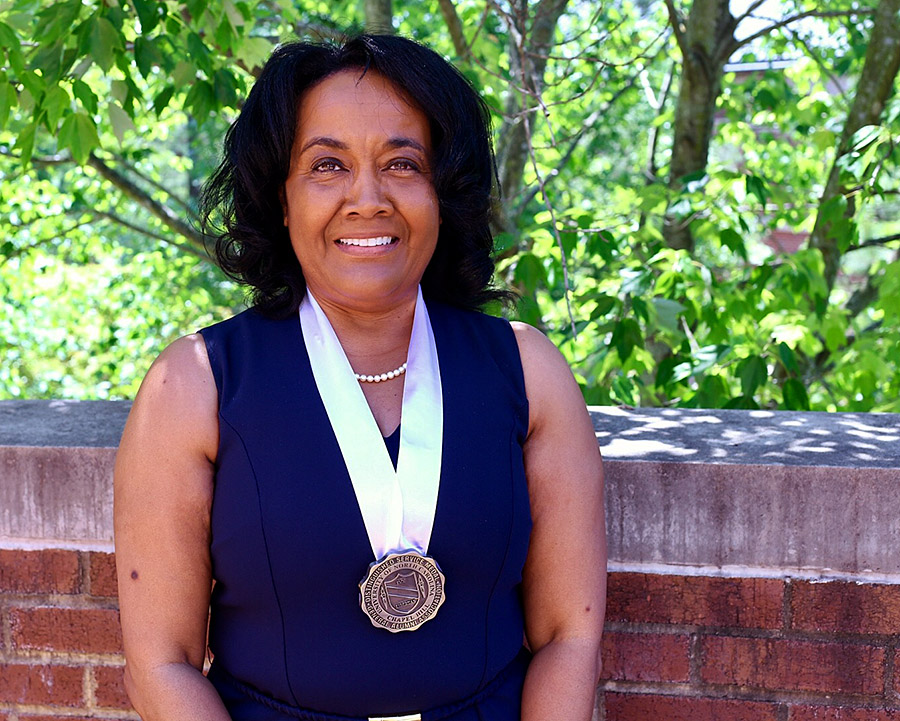 Teresa spent the majority of her career in volunteer positions, after she and her husband, Stick ’75, decided she would make raising their three daughters her primary responsibility. She started out as a room mother for an elementary school class in Chapel Hill. When she noticed that few students of color were enrolled in high school honors classes and Advanced Placement courses, she created and led a program for academically struggling middle school students. By the end of the term, they had made the A-B Honor Roll. She established the program as a nonprofit, Together We Will Win, and turned it over to the school system — after it had won a national award.

Next thing you know, she had been elected to the Chapel Hill-Carrboro school board.

Now when she starts a sentence with “Call me the village idiot, but that doesn’t make sense …” everyone in the room pays attention to hear what insight she has that they missed.

Invariably, her comments change the conversation. Then she moves beyond talk to action, doing something to solve the problem.

Teresa doesn’t get involved in causes for the glory. Always her focus is on who will be helped.

She came from humble beginnings in her hometown of High Point and didn’t have role models to show her how to function in a room full of community leaders and CEOs. Yet others recognize her natural leadership abilities. She is trustworthy, nonjudgmental and known for digging deep to find resolutions.

When she is asked to serve on a board, she is not content to just have a seat at the table. She becomes a catalyst; she wants good to come out of everything. She especially wants to see youth soar, and she spends much of her time in education endeavors.

Teresa and Stick lived in Chapel Hill for many years after they married, and Teresa, who was a counselor in a drug treatment program after college, turned to volunteer work after their daughters were born. She joined the Chapel Hill Service League and shifted its focus from projects to people. She was elected league president, the first African-American woman to hold the office.

Similarly, she hadn’t belonged to the PTA long when she was elected chair. She then chaired Chapel Hill High School’s School Governance Committee. After Stick’s job took them to Charlotte, Teresa was asked to join a committee, chaired by a former governor, to improve public school education in the Charlotte-Mecklenburg system. Voters had recently turned down an education bond, and the group was tasked with recommending ways to increase parity between inner-city and suburban schools. At the first meeting, she told of visiting one of the schools and seeing brown water coming from the faucet. All of a sudden, the conversation changed from the theoretical to the practical, and the committee became more effective.

Teresa does her homework before going into any meeting, and that pushes other members to prepare better, too. They know she will ask substantive questions that they will need to be ready to discuss.

In 2007, a colleague invited her to fill a seat on the board of trustees of Western Carolina University, though she had no prior affiliation with that school in Cullowhee. She served two terms, retiring as chair and receiving the school’s Distinguished Service Award.

At Carolina, the GAA tapped her for its board in 2011, and she served two terms, including as chair. She is a founding member of the Light on the Hill Society and was a member of the chancellor’s advisory committee for the Sonja Haynes Stone Center for Black Culture and History. At other points, she has belonged to UNC’s Board of Visitors and to the board of visitors for the Lineberger Comprehensive Cancer Center.

For all her reputation for assiduous preparation, her decision to apply to Carolina came after she watched Charlie Scott ’70 make a jump shot on a grainy black-and-white TV. She had been awarded a music scholarship — she played the flute — that she used to attend UNC. Instead of joining the band, she sang with the Black Student Movement Gospel Choir as a soloist, her voice winning over Stick, who had first met her in a Christian fellowship on campus.

“You decide on a school, and you don’t know what that will mean,” Teresa said, “but it impacts your life at every turn.”