The GAA recognized three alumni whose efforts have helped improve the lives of others with its Distinguished Young Alumni Awards on Friday. The 2019 recipients are: Lanakila “Ku” McMahan ’07 (MPH, ’11 PhD), of Washington,...

They Love Scary Things So Much It’s Spooky 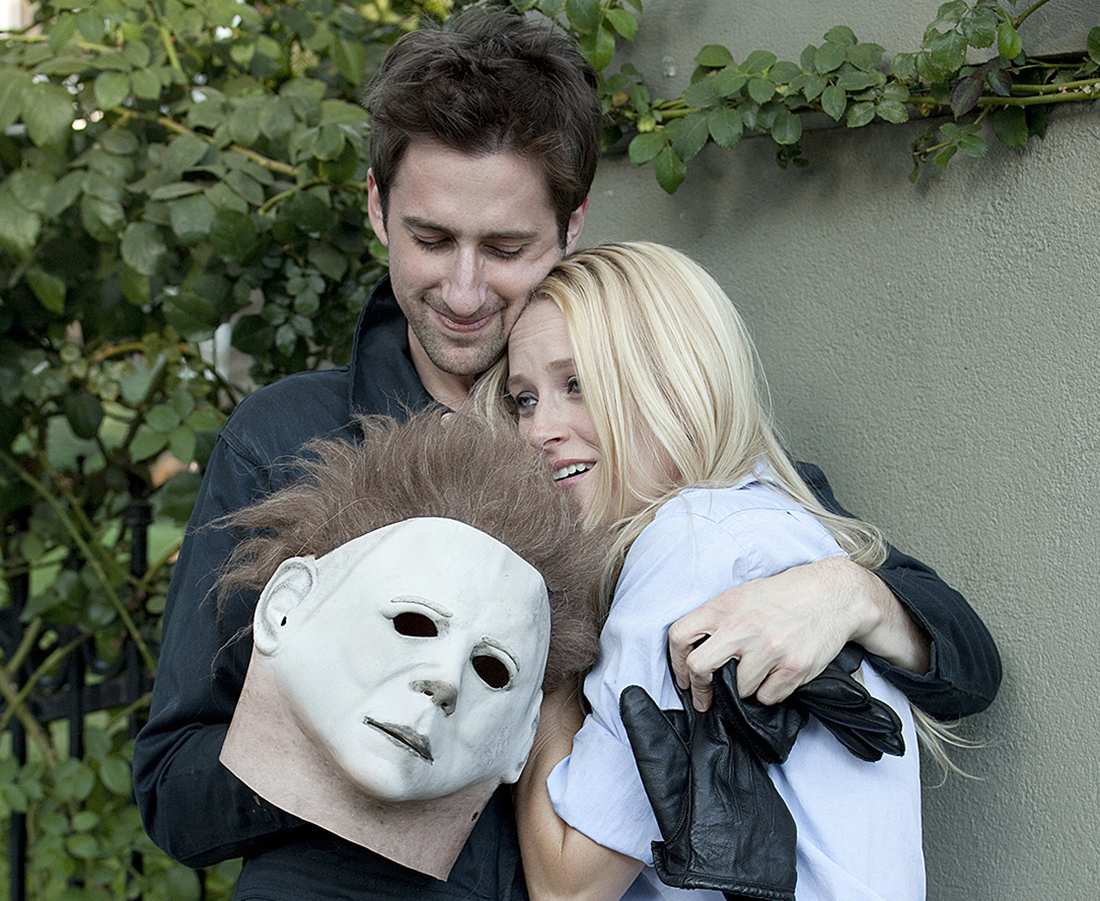 As a girl in the small town of Stanley, N.C., Katherine Canipe Wells ’07 never pined to be Cinderella or Snow White this time of year. Thanks to her mother introducing John Carpenter’s Halloween and her father employing the dark arts of makeup, the chill winds of October blew her spirit more toward zombies and other tortured souls.

Meanwhile, over in the relative metropolis of Charlotte, just a couple dozen miles east as the raven flies, Alec Wells ’07 had more of Great Pumpkin vibe. He’d trick-or-treat with friends, but he averted his gaze from the shock and gore of horror flicks.

That was before fate brought them together at Carolina.

The couple’s proposal was later edited into a YouTube video, complete with scenes from the movie that inspired the moment.

Introduced by a mutual friend as freshmen, Alec noticed Katherine dressed as Alice in Horrorland at the annual Franklin Street Halloween bash. She remembers that he dressed as, well, himself. “He didn’t want to miss out on such a unique Chapel Hill experience,” she says, “but he wasn’t really into it.”

It would take two more years for their romance story to begin, but Katherine’s passion for all things scary soon cast a spell over Alec. And when he popped the question three years ago, he did so just days before Halloween, on the eve of his beloved’s Oct. 26 birthday. 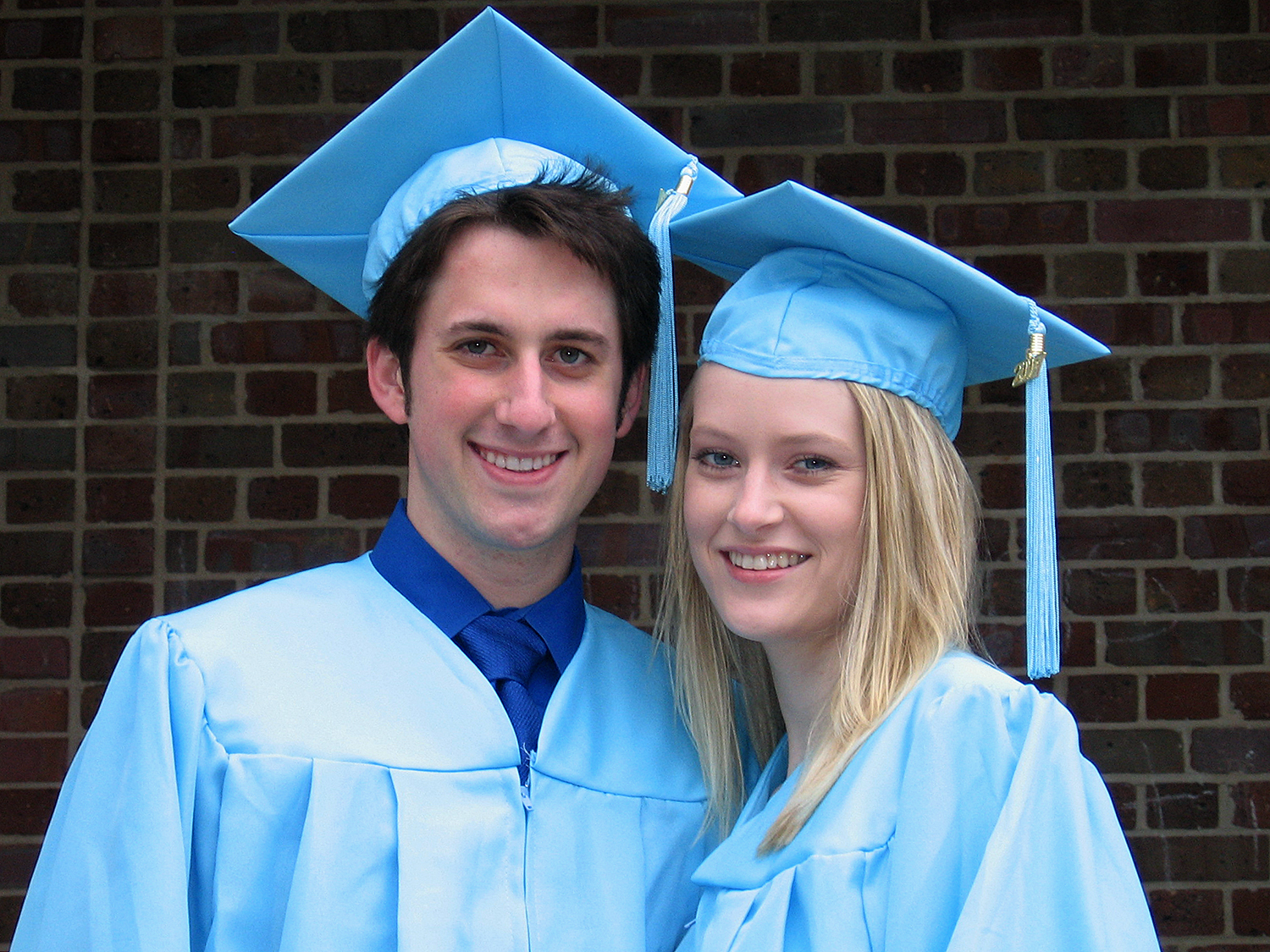 Alec Wells ’07 and Katherine Canipe Wells ’07 were introduced by a mutual friend as freshmen. (Contributed photo)

“I told Katherine when we were dating that when I proposed to her, I’d really go all out,” he says. “When things got serious, I realized what a huge mistake that was, because I backed myself into a corner of having to do something awesome.”

They both work in the entertainment industry and live in Los Angeles. As it turns out, Halloween was filmed in nearby South Pasadena. So while Katherine thought she was just visiting the scene of her favorite slasher flick with friends, she was actually walking into — Alec’s painstaking proposal.

Dressed as Michael Myers, the movie’s blank-faced serial killer, he popped out from around the hedge row familiar to horror aficionados. 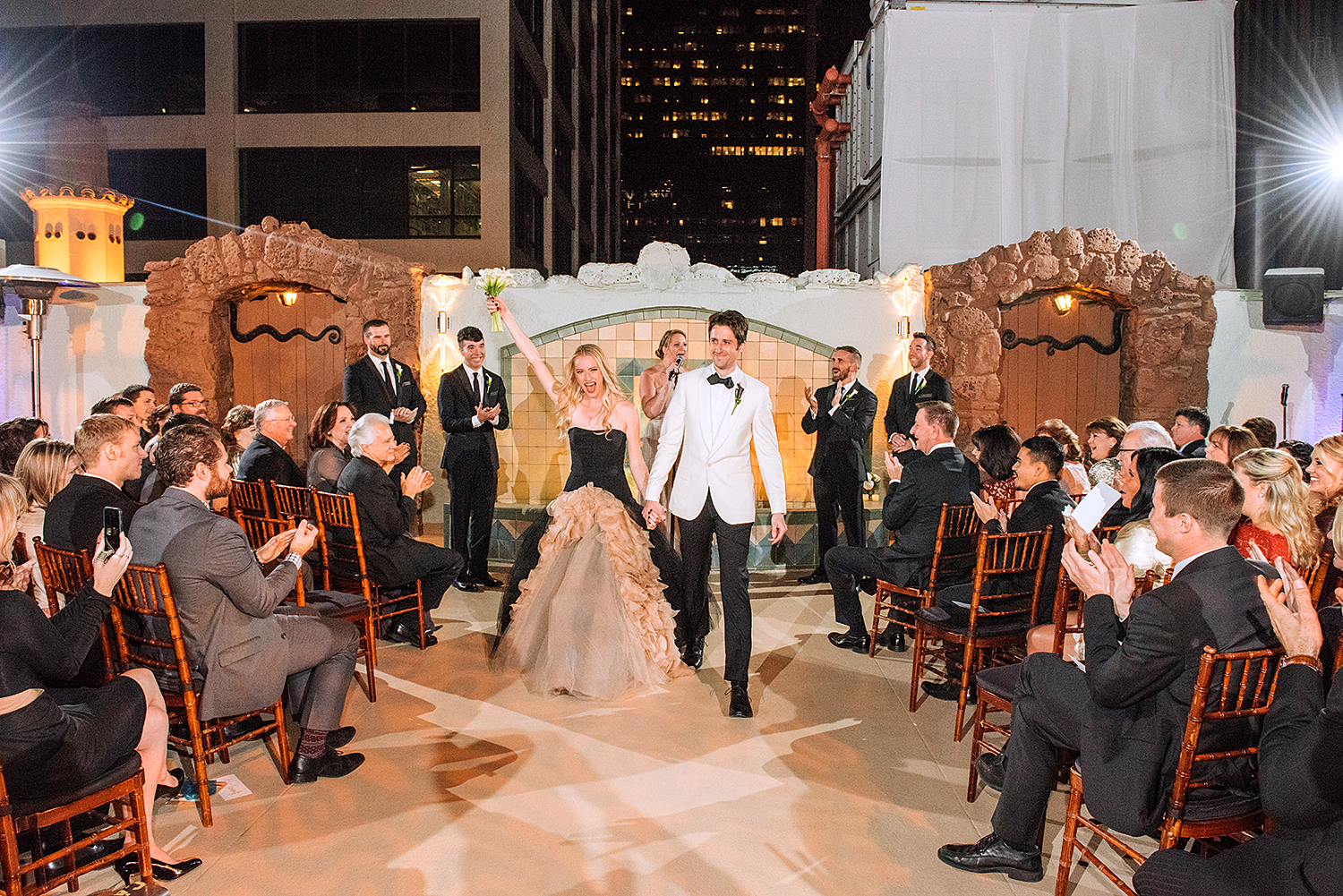 The couple tied the knot (of course) on Friday the 13th in November of 2015. (Contributed photo)

Katherine’s scream gave way to tears of joy when she next saw him on one knee offering a ring.

The unsuspecting bride-to-be did not realize the moment was being filmed. Later edited to include clips from the 1978 movie, The Proposal Video became an online sensation. Their engagement portrait also exhibited cinematic flair — though with much less dread — as a reconjuring of the movie poster for Back to the Future. 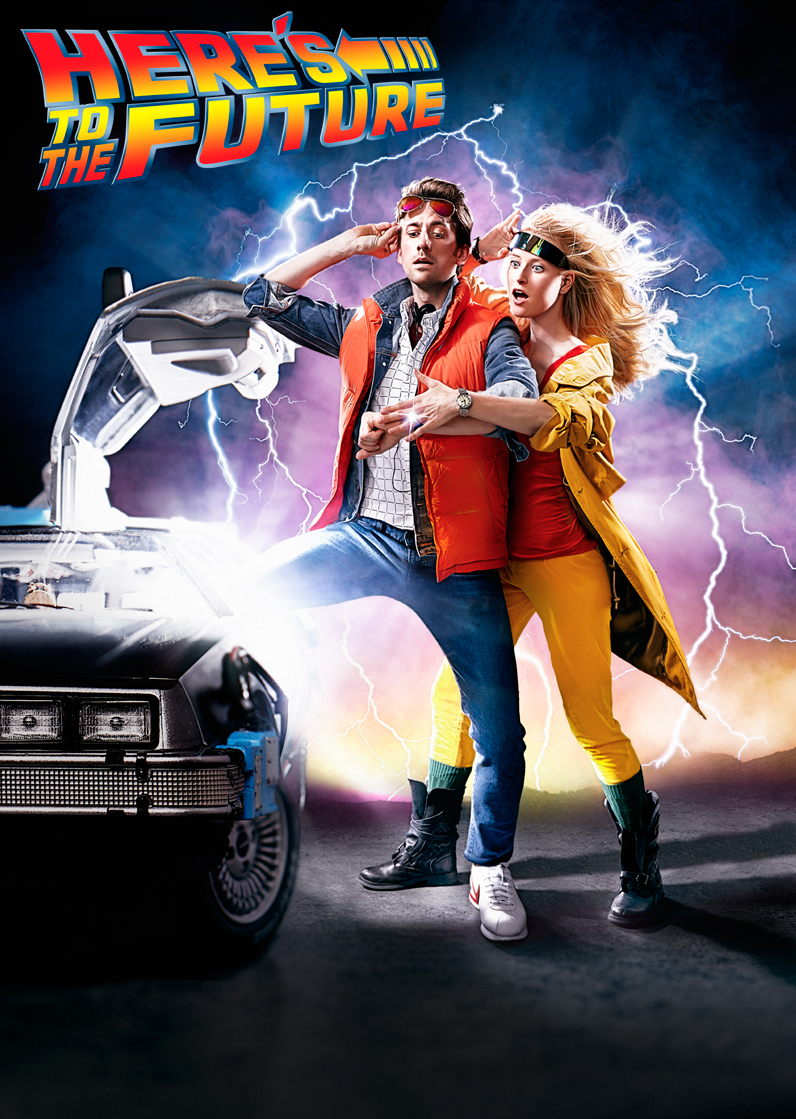 Their engagement portrait exhibited cinematic flair as a reconjuring of the movie poster for Back to the Future. (Contributed photo)

Alec, a screenwriter working on the sci-fi drama Blue Book for the History Channel — produced by Robert Zemeckis, also producer for Back to the Future — and Katherine, co-host of the slasher-movie podcast Boys & Ghouls, knew expectations would be high for a killer wedding.

The bride was stunning in an autumnal-hued, black-and-beige Vera Wang gown when they married two years ago — on Friday, Nov. 13. The rooftop venue featured images from beloved horror films, and their cake was topped with a skeleton bride and groom.

With so much to celebrate this season, the couple has cast aside their traditional prohibition of not decorating before Sept. 1.

“Our apartment is definitely a spooky haven for all of our friends,” says Katherine, who concocts a witch’s brew of Halloween cocktails and rounds up victims, uh, friends for spine-tingling outings to spook-infested, blood-drenched haunted houses.

“We just want to soak up as much of Halloween as we can.”