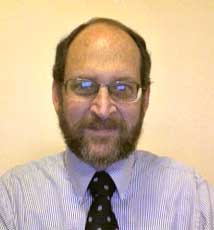 Nationally, some 85 colleges and universities are being investigated by the OCR; most of those probes started, as UNC’s did, in response to specific complaints. The University has acknowledged that it did not have the experts nor the processes in place to adequately deal with assault cases.

Katie Nolan ’00 (’08 JD) has been named the interim replacement for Kallem. Nolan was Title IX coordinator at the University of Alabama, where she designed and created the Title IX office, drafted a comprehensive new policy and managed reports of policy violations.

Title IX is the federal act that prohibits gender discrimination in education programs; it encompasses sexual assault, according to the federal interpretation of the law, on the ground that sexual assault can interrupt a student’s ability to fully participate in her or his education.

In the past year, the University has added and filled new positions for a deputy Title IX coordinator and an investigator, designed to strengthen its handling of sexual assault reports. More recently, Chancellor Carol L. Folt authorized further expansion in this area, including a position for a second investigator and one to coordinate student engagement and programming.

Kallem came to UNC as a 22-member sexual assault task force was in the midst of 16 months of work revising policies that also cover discrimination, harassment and related misconduct, interpersonal violence and stalking. The group also created a more easily navigable adjudication process for cases that go to hearings.