In the national cry for racial justice following the police killing of George Floyd, a group of UNC faculty on Monday issued what it called a Roadmap for Racial Equity. “As the oldest public university...

In the wake of George Floyd’s death at the hands of police in Minneapolis and the ensuing nationwide outcry against police killings of African Americans, UNC’s administration issued a message of empathy and shared outrage...

Finding Wilson Caldwell: The Study of Slavery at UNC

Class attendance was pretty poor in Jim Leloudis’ seminar last fall. Only one session in the room with the white board and the little pullout desks. The rest of Tuesday afternoons, the longtime history professor... 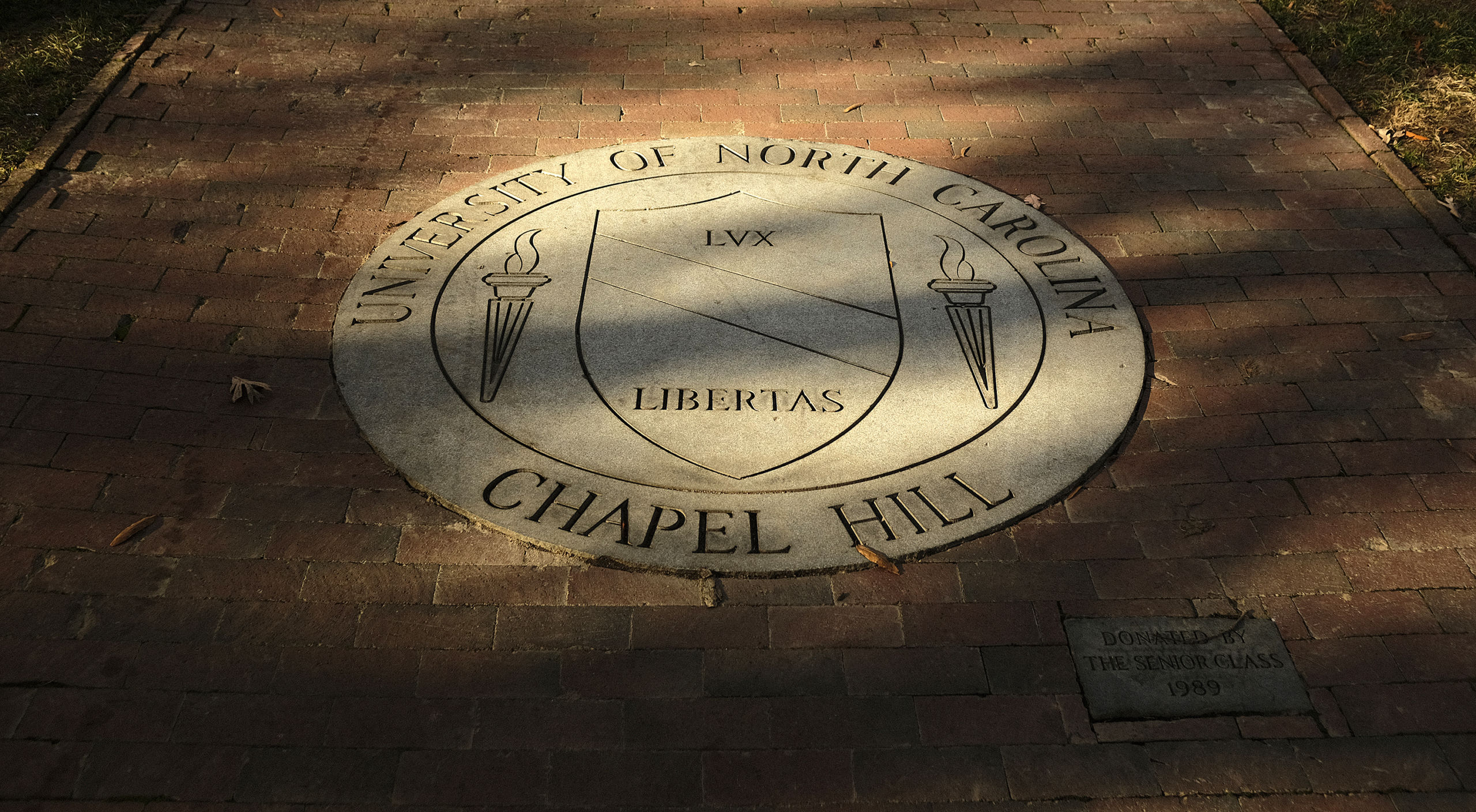 “Things have changed. The temperature of the country has changed. This needs to be done,” said trustee Teresa Artis Neal ’83, the lone African American member of the board. (Grant Halverson ’93)

The UNC trustees voted Wednesday to end the University’s 16-year moratorium on renaming of campus buildings. The 11-2 vote came as an acknowledgement of the heightened race relations atmosphere in the country following the police killing of George Floyd in Minneapolis.

“Things have changed. The temperature of the country has changed. This needs to be done,” said trustee Teresa Artis Neal ’83, the lone African American member of the board.

Board members had reflected on the issue in the past week. Meanwhile, a petition on social media calling for renaming 39 campus buildings — not just white supremacists but all namesakes who were known to have owned enslaved people — received thousands of signatures.

During Wednesday’s meeting, trustee Ralph Meekins ’83 said: “We’re living in unprecedented times. Dr. [Martin Luther] King said justice delayed is justice denied. That’s the most important thing he said on this particular subject, and I think we need to move forward very quickly. Some decisions need to be made based upon information that I’ve learned here recently about some of these folks that we have buildings named after.”

The trustees set up a group of four trustees to look at ways to expedite a public curation of UNC’s racial history that was ordered five years ago, when the moratorium was approved but has produced little in the way of visible results. The exception is a large display in the lobby of the former Saunders Hall, now Carolina Hall, that explains the role of William L. Saunders (class of 1854) and some additional UNC history.

In 2015, the trustees voted to remove the name of Saunders, a Ku Klux Klan leader, and imposed the moratorium the same day.

“The moratorium was a placeholder so all that work could be done,” said trustee Charles Duckett ’82, one of four current trustees who were on the board in 2015. “This is not about changing history. You cannot change history. This is about leading. It is about being a great institution and about doing the right thing.”

Chancellor Kevin Guskiewicz acknowledged that the University had not moved as fast as it should have since 2015.

“This puts us on the road to take meaningful actions we’ve talked about on many occasions,” he said. “The history of our University mirrors that of our nation, and our campus has struggled with reconciling our history just as many other universities have. We need a deeper commitment. I know we will create a future history in which every member of our campus community knows that they belong and can thrive here.”

Guskiewicz and Stevens sent a message Wednesday afternoon to the campus community about the board’s decision.

Student body President Reeves Moseley, a nonvoting member of the board, said: “There have been countless discussions and pressures from the Carolina community, given recent issues, that the moratorium should be lifted. I think we don’t have time to not act right now.”

Two trustees dissented. Allie Ray McCullen ’67 spoke against “[changing] things every time we hear a rumor that the students may demonstrate. … If we do allow the moratorium to be ended, by the next meeting we will have a tractor trailer load of names.” John Preyer ’90 also voted no, saying he thought the decision was being rushed.

The removal of Saunders’ name from the classroom building that for 93 years had faced Polk Place was the culmination of at least 16 years of periodic protest that a Klansman could be so honored on the campus — cries of “this makes us sick” from students of color and others who took up their cause.

In 2014, Duckett and then-trustee Alston Gardner ’77 undertook a study of what to do about Saunders Hall. In March 2015, the University bused in sign-carrying, chanting students to an off-campus meeting of the trustees’ University Affairs Committee, who listened to them for two electric hours and invited speakers with varying opinions to offer ideas on what to do.

Then, in the relative quiet of the off-season, the trustees voted 10-3 to rename the building.

The moratorium also was criticized. One student told The Daily Tar Heel: “Renaming it Carolina Hall is automatically silencing all of the students who worked on this and also all students of color who have ever attended UNC and ever will attend UNC. Putting a 16-year freeze on it is basically saying, ‘We hope all of you will graduate, and we hope that this movement will die, and we won’t have to deal with it again.’ ”

At the same time, the trustees directed University administrators to work toward a prominent public reckoning of UNC’s racial history.

That fall, then-Chancellor Carol L. Folt appointed a task force to carry out the UNC trustees’ directive that the University open a dialogue on its racial history. The task force worked without a budget but was funded from the chancellor’s office as needed; its work was paused after the Confederate monument known as Silent Sam was pulled down by protesters in August 2018, a year after a Unite the Right rally in Charlottesville, Va.

On Dec. 13, 2019, in his first act as chancellor, Guskiewicz committed $5 million toward UNC’s History, Race and a Way Forward Commission to restart the curation process.

Guskiewicz added: “By lifting the moratorium today, we give the History, Race and a Way Forward Commission the latitude it needs to fulfill its mission. Today’s actions send a clear message to the Carolina community that we are committed to working to study and learn from our past, and I know that we will.”

Aycock’s name has been removed in recent years from buildings at Duke and East Carolina universities. The former governor, noted for his work in education, has been tied to the early 20th century’s white supremacist movement. He graduated from UNC in 1880. This week, members of the family that owned The News & Observer of Raleigh for more than a century had Daniels’ statue removed from a Raleigh park. Daniels, as editor of the paper, contributed to the frenzy that led to a mob action in Wilmington in 1898 in which at least 60 African American residents were killed in an overthrow of a mixed-race government.