Six Recognized With Massey Awards for Their Work

Six Carolina staff members have been selected to receive the 2020 C. Knox Massey Distinguished Service Award, one of the most prestigious distinctions for faculty and staff. The late C. Knox Massey of Durham created...

Alexander Peeples, a senior, and Shauna Rust ’16 have been named recipients of the George J. Mitchell Scholarship, which supports graduate studies in Ireland.

Peeples and Rust — who are the University’s sixth and seventh Mitchell Scholars since the program began in 2001 — are two of 12 Americans selected for this year’s award, which provides tuition, accommodations, a living expenses stipend and an international travel stipend for one year. 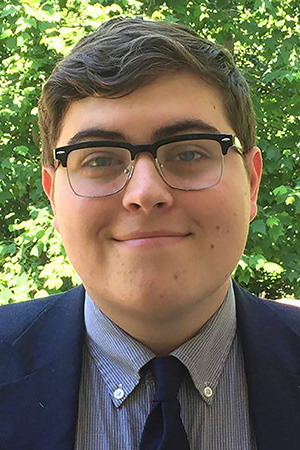 Peeples, from Daphne, Ala., is majoring in history and political science with a minor in African studies. He is co-president of the Campus Y and a columnist for The Daily Tar Heel. He also works for the Marian Cheek Jackson Center, which serves low-income people in the Northside neighborhood of Chapel Hill. He holds a leadership role at Heavenly Groceries food bank and has helped raise more than $45,000 for the Jackson Center.

He came to Carolina as a Carolina Covenant Scholar and as part of the Bonner Leaders Program, a sustained service program designed to engage students in addressing community-identified needs. He developed a passion for East Africa during an African studies seminar in his first semester, and he has traveled to Tanzania to research education law. Peeples plans to use his time in Ireland to study international justice at Maynooth University. He aspires to work in a global education think tank to improve education law in the developing world and among especially vulnerable populations. 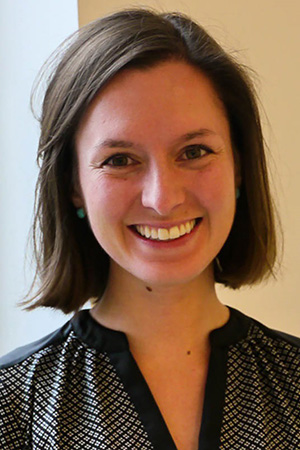 Rust, from Charlotte, works in Washington, D.C., as special assistant and public health analyst for the Health Resources and Services Administration in the U.S. Department of Health and Human Services. Her bachelor’s degree is in health policy and management.

She was an honors student and a Buckley Public Service Scholar for her commitment to public service. She served as co-president of the Campus Y and co-chaired Tar Heel TABLE, which hosts food drives to alleviate child hunger. In her senior year, Rust was selected as the 2015-16 Roosevelt Institute Emerging Fellow for Health Care, the highest ranking national health policy fellow with the Roosevelt Institute. She also completed an honors thesis about the implications of tobacco marketing.

Rust plans to pursue a master’s degree in health policy at University College Dublin in Ireland. She aspires to be at the forefront of creating a healthier nation, perhaps by seeking elected office.

The nationwide competition attracted 326 applicants for 12 Mitchell scholarships. Recipients are chosen on the basis of academic distinction, leadership and service and spend a year of postgraduate study at institutions of higher learning in Ireland.

The program is administered by the U.S.-Ireland Alliance, a nonprofit organization based in Washington, D.C. It also is funded by corporate, government and private entities and by the participating Irish universities. The program honors former U.S. Senate Majority leader George Mitchell.