Jenny Levy was hired by Carolina in 1994 to start a women’s lacrosse program from scratch. On a campus better known for its basketball and women’s soccer powerhouses — and situated far from the sport’s...

Austin O’Connor reached the summit of collegiate wrestling when he beat top seed Sammy Sasso of Ohio State to win the 149-pound class of the NCAA championship on Saturday in St. Louis. O’Connor, a senior... 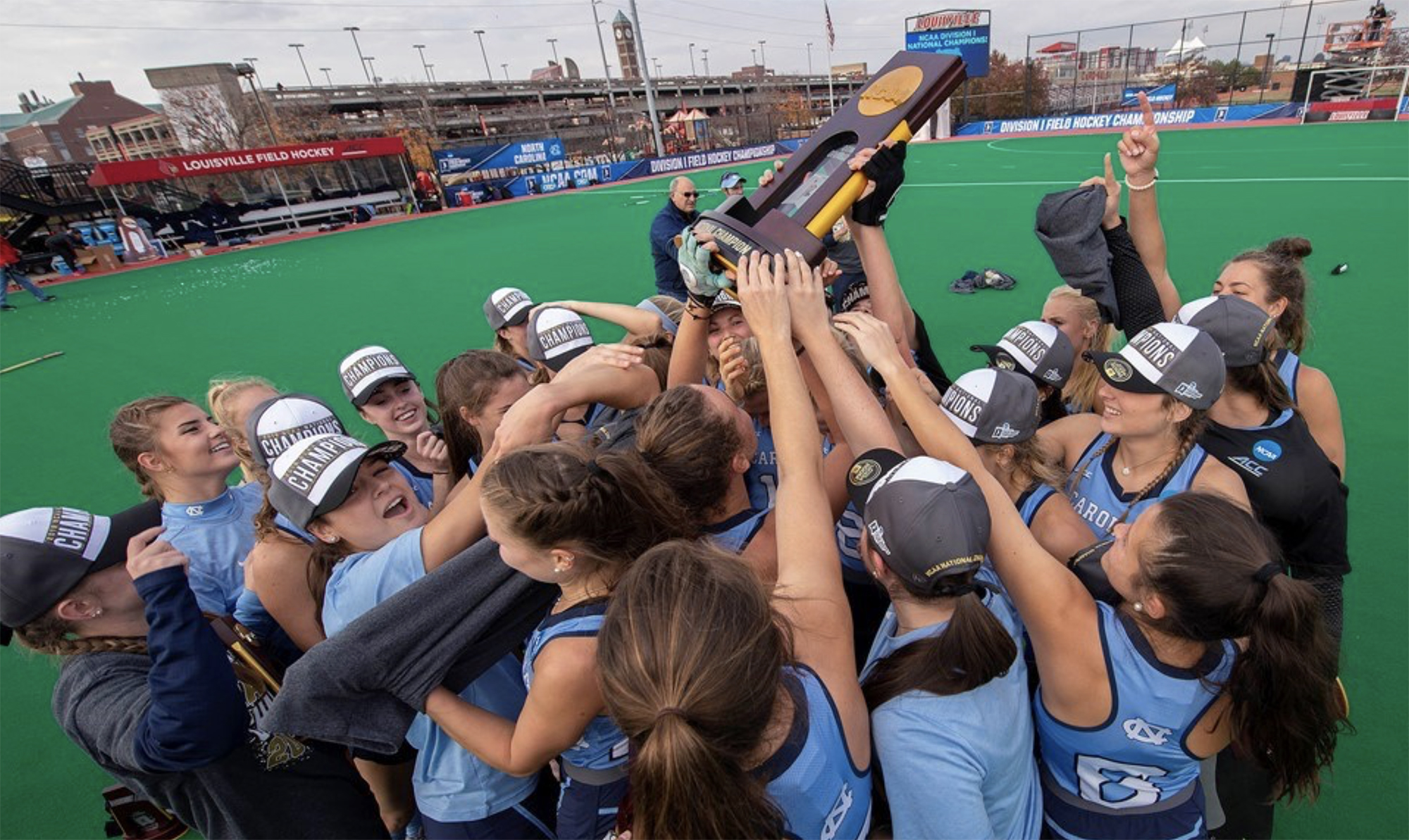 This is what domination looks like: In winning its seventh NCAA field hockey championship, Carolina outscored its opponents 103-16; never gave up more than two goals, and that only three times; and won all 23 games, 10 by shutout.

The title game on Sunday was one of those, a 2-0 victory over second-ranked Maryland that gave the Tar Heels their third undefeated season. The seven trophies all have come under Coach Karen Shelton, who completed her 38th season in Chapel Hill and saw the team’s new stadium named for her this fall.

“For me, and I think I can speak for everyone, it’s definitely a dream come true,” said senior Ashley Hoffman, who was named the championship’s Most Valuable Player. “It’s something you aspire to do from the minute you decide to play college field hockey. It’s the highest award you can receive in this country at the collegiate level. It is such an honor to play for Coach Shelton and to win this with this team.

“Every day at practice, we have fun together, we work hard together, and I think it showed out there. It was so much fun to win with this team.”

Junior Megan DuVernois scored the game winner in the 21st minute of play. On a breakaway, freshman Erin Matson carried the ball down the left sideline and passed to sophomore Meredith Sholder, who one-touched a pass from the top of the circle to the front of the cage, where DuVernois tipped it over the Maryland keeper, Sarah Holliday.

The Tar Heels added another goal in the 31st minute. Matson carried the ball into the circle and fired a shot at Holliday, who made the save. But Matson grabbed the rebound and got her second effort past the keeper and into the cage for a 2-0 lead.

Maryland managed nine shots in the second half after none in the first half, but UNC goalkeeper Amanda Hendry, a sophomore, tied her season high with five saves and senior defender Morgan Goetz added a defensive save to keep the Terrapins off the scoreboard.

“It wasn’t a pretty game, particularly the second half,” Shelton said. “I think Amanda Hendry played awesome. We haven’t had a goalkeeper play as well in a Final Four in a long time. She helped get the shutout today and secure the win in the second half.”

The team’s record over the past four years is 82-14, with three ACC Tournament trophies in addition to the prize they won on Sunday.

“I couldn’t be happier for the Tar Heels, and specifically our seniors that led the way all season,” Shelton said. “I felt every game they worked hard to earn the win. They never looked past a team, they never slacked off in practice. They’re a very motivated team, a very high IQ in terms of understanding how we want to play the game. I’m so impressed by the maturity of this team. We’ve gone undefeated before, but I think this team is super-special to coach. They’ve been just fantastic from the opening day of preseason to the national championship game.”