UNC released in July the details of its settlement with Nikole Hannah-Jones ’03 (MA), who... 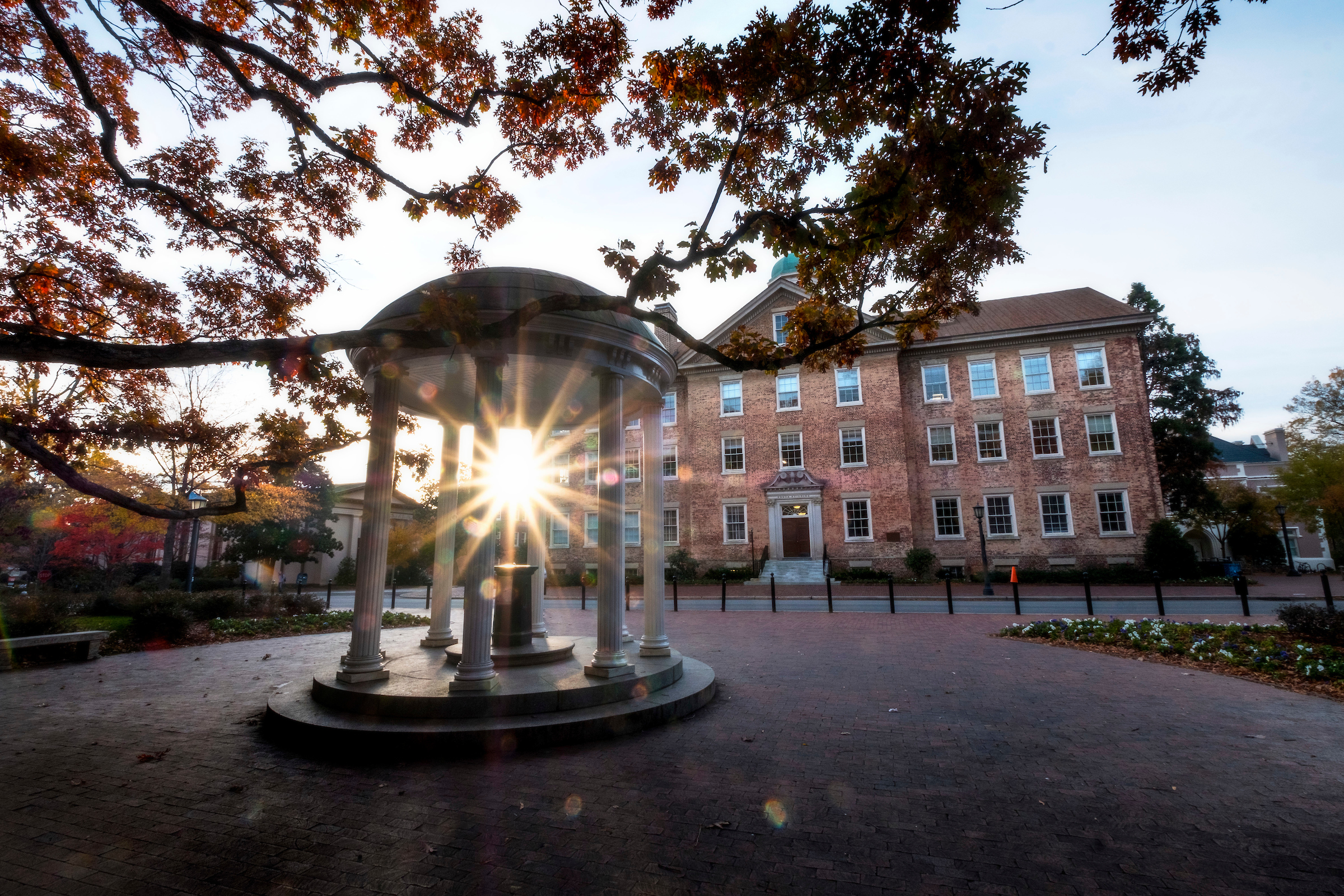 The University has canceled classes for Tuesday to give students and other members of the campus community time to reflect on mental health and seek help if needed after a suicide and an attempted suicide were reported over the weekend.

UNC police records show two calls made to 911: one regarding an attempted suicide at Granville Towers early Sunday and another for a suicide at Hinton James Residence Hall on Saturday morning, The Daily Tar Heel reported. The University said investigations in both of those cases are ongoing.

Police call logs also show two reported suicides in September, The News & Observer reported. But the newspaper cautioned that the call logs show only what callers reported to 911, not necessarily what actually happened and that the publicly released details for either of those cases could change after investigations are completed.

“We are in the middle of a mental health crisis, both on our campus and across our nation, and we are aware that college-aged students carry an increased risk of suicide,” Chancellor Kevin Guskiewicz wrote in an email to the campus community on Sunday, which happened to be World Mental Health Day. “This crisis has directly impacted members of our community — especially with the passing of two students on campus in the past month. As chancellor, a professor and a parent, my heart breaks for all those whose suffering goes unnoticed.”

Guskiewicz said that after meeting with student and faculty leaders over the weekend, he was designating Tuesday a “Wellness Day” and canceling classes.

“I encourage every student to use this time to rest and to check in with each other during that day,” he said. “Reach out to a friend, a classmate, or colleague and ask them, “Honestly, how are you doing?”

Some Tuesday afternoon classes previously had been canceled in observance of University Day, marking UNC’s 228 birthday. Guskiewicz said that observance would go on as scheduled at 2 p.m. in Memorial Hall.

In a letter sent Sunday to the chancellor, Provost Bob Blouin and Vice Chancellor for Student Affairs Amy Johnson, the undergraduate and graduate student governments called for a pause in classes on Monday and Tuesday and postponement of University Day celebrations “to allow students to reflect, grieve and seek services uninterrupted.”

“We share the pain of our peers who are now navigating both the grief of losing a friend and simultaneously completing a rigorous curriculum during an already stressful semester,” the letter said.

The chancellor said that expertise from across campus — including Counseling and Psychological Services (CAPS), the department of psychiatry, School of Medicine and School of Social Work — would be tapped to create a special support network starting Tuesday and throughout the week.

“They will be available for our students, faculty and staff in different areas of campus for those who need connection to resources and a place to process and talk about their experiences. … We encourage anyone who needs this resource to participate. … Faculty, staff, students and campus leaders must work together to address this national crisis,” he said.

The University also will convene a mental health summit later this month bringing together faculty, staff and student leaders, led by Dr. Samantha Meltzer-Brody ’03 (MPH), the Assad Meymandi Distinguished Professor and chair of the psychiatry department in the School of Medicine, Guskiewicz said.

Also in the coming weeks, the University will launch the Heels Care Network, a campuswide campaign to promote and support mental health awareness.

“Check in with your colleagues and students regarding how they are doing,” Guskiewicz said. “If you are concerned about someone, let us know. We will have as part of the Heels Care Network a reporting mechanism for you to share information about someone you believe needs help.”

Guskiewicz said that the crisis would not be solved by a few people or with a short-term effort.

“At Carolina, we strive to put our students first in everything we do,” he said. “We are living in a world that is constantly shifting and changing. We are facing major challenges and the ongoing toll this takes on our health cannot be underestimated. This cannot be solved by one person, or on one day, alone. …

“The most important thing we can do is to care for each other, and I hope you continue to do this on Tuesday and for the rest of this year and beyond. Remember, our caring Carolina community is our best asset to get through this crisis together.”

The University said undergraduates, graduate students and postdocs needing assistance or who know someone who does can contact:

Faculty and staff can reach out to the Employee Assistance Program.