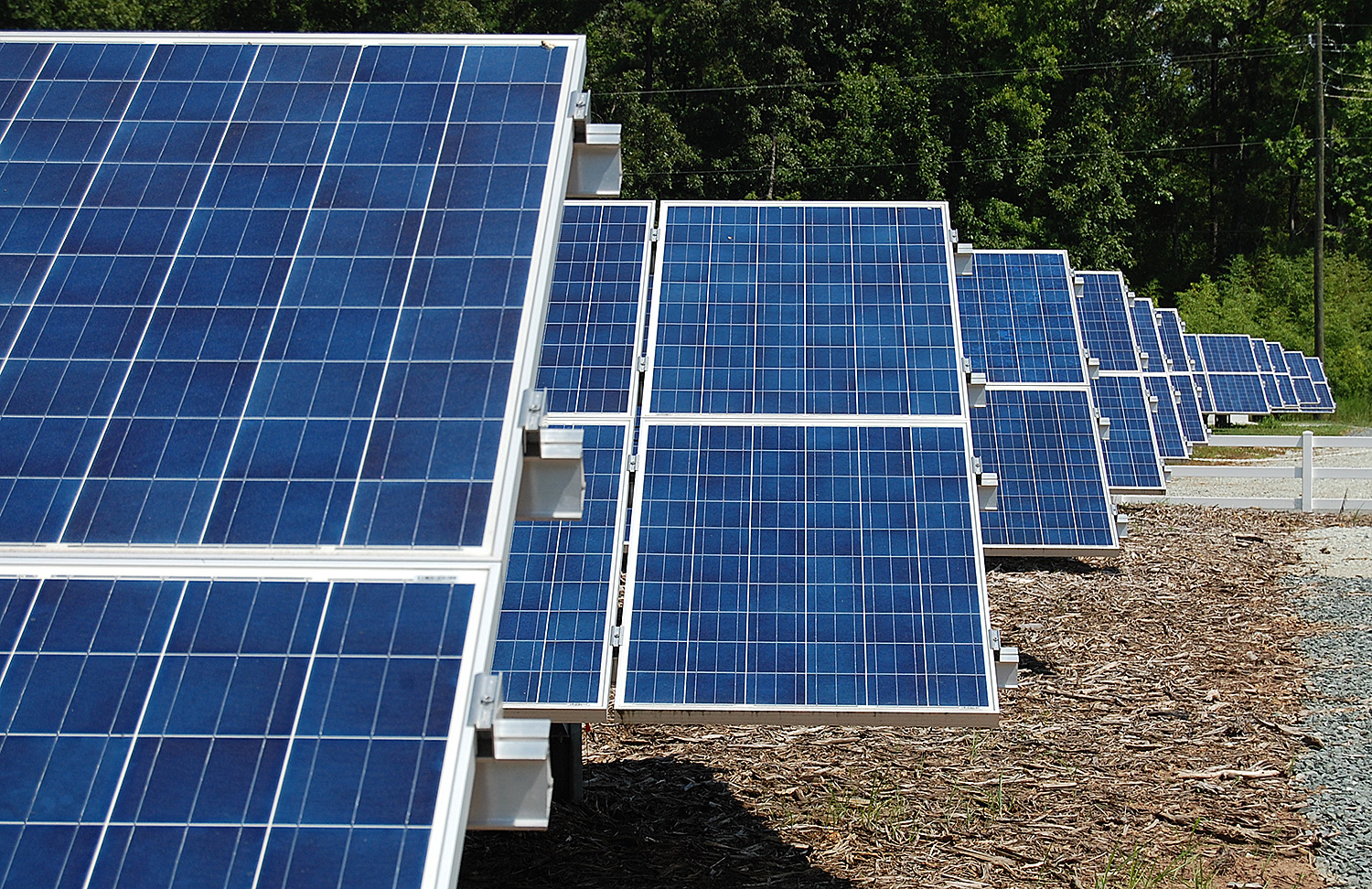 The CHASE proposal was developed under the guidance of the UNC Solar Energy Research Center, founded in 2008 as a regional hub for solar energy research. (File photo)

A UNC-led partnership will receive $40 million in U.S. Department of Energy funding to accelerate fundamental research of the production of fuels from sunlight.

The North Carolina-based Center for Hybrid Approaches in Solar Energy to Liquid Fuels, or CHASE, will work to develop hybrid photoelectrodes for fuel production that combine semiconductors for light absorption with molecular catalysts for conversion and fuel production. CHASE intends to blend experiment with theory to understand and establish new design principles for fuels-from-sunlight systems.

N.C. State University also is part of the partnership, which will involve more than 35 investigators. The other institutions that are partners in the effort are Brookhaven National Laboratory, Emory University, the University of Pennsylvania and Yale University.

The CHASE proposal was developed under the guidance of the UNC Solar Energy Research Center, founded in 2008 as a regional hub for solar energy research. Its mission is to develop new ways to capture and store the energy of the sun in the high-energy chemical bonds of carbon-based solar fuels.

A second partnership funded by the Department of Energy, the Liquid Sunlight Alliance headquartered at the California Institute of Technology, will receive $60 million to pursue an approach called “co-design,” which seeks to streamline the steps needed to convert sunlight into fuels to make the process more efficient.