The work of three scientists — including UNC’s Aziz Sancar — in exploring the mechanisms of DNA repair has been recognized with this year’s Nobel Prize in chemistry.

Sancar is the Sarah Graham Kenan Professor of biochemistry and biophysics at UNC’s School of Medicine. He shares the prize with a scientist whose lab is close by — Paul Modrich, James B. Duke Professor of biochemistry at Duke and an investigator at the Howard Hughes Medical Institute — and another who works much farther away — Tomas Lindahl, emeritus group leader at the Francis Crick Institute and emeritus director of Cancer Research UK at the Clare Hall Laboratory in Hertfordshire, Britain.

Sancar learned of the honor when his phone rang at 5 a.m. at his home this morning, while he was sleeping.

“It was 5 a.m. so I was a bit incoherent,” said Sancar, who also is a member of UNC’s Lineberger Comprehensive Cancer Center. “But I managed to thank him and told them it was an incredible honor.”

Sancar, who has been a professor at UNC since 1982, earned the award for his work on mapping the cellular mechanisms that underlie DNA repair, which occur every minute of the day due to outside forces, such as ultraviolet radiation and other environmental factors. In particular, Sancar mapped nucleotide excision repair, which is vital to UV damage to DNA. When this repair system is defective, people exposed to sunlight develop skin cancer.

Sancar’s work dates back to 1974, when he was a graduate student at the University of Texas. His most recent work was accomplished this year when his team created a DNA repair map of the entire human genome.

This work — mapping at a molecular level, how cells repair damaged DNA and safeguard the genetic information — has provided fundamental knowledge of how a living cell functions and is, for instance, used for the development of new cancer treatments.

Even without such external attacks by UV radiation, free radicals and other carcinogenic substances, a DNA molecule is inherently unstable. Thousands of spontaneous changes to a cell’s genome occur on a daily basis. Furthermore, defects also can arise when DNA is copied during cell division, a process that occurs several million times every day in the human body.

The reason genetic material does not disintegrate into complete chemical chaos is that a host of molecular systems continuously monitor and repair DNA. Sancar, Modrich and Lindahl are regarded as pioneering scientists in this field, mapping how several of these repair systems function at a detailed molecular level.

In the early 1970s, scientists believed that DNA was an extremely stable molecule, but Lindahl demonstrated that DNA decays at a rate that ought to have made the development of life on Earth impossible. This insight led him to discover a molecular machinery, base excision repair, which constantly counteracts the collapse of our DNA.

Modrich has demonstrated how the cell corrects errors that occur when DNA is replicated during cell division. This mechanism, mismatch repair, reduces the error frequency during DNA replication by about a thousand fold. Congenital defects in mismatch repair are known, for example, to cause a hereditary variant of colon cancer.

Dr. Ned Sharpless ’88 (’93 MD), director of Lineberger Comprehensive Cancer Center and Wellcome Distinguished Professor in cancer research, said: “This is a well-deserved honor. Aziz has studied the fundamental biochemistry of DNA repair at UNC for over 30 years, and his work has greatly enhanced our understanding of the basic biology of cancer and aging. He is a true basic scientist and has been a wonderful friend, mentor and colleague to scientists across UNC.” 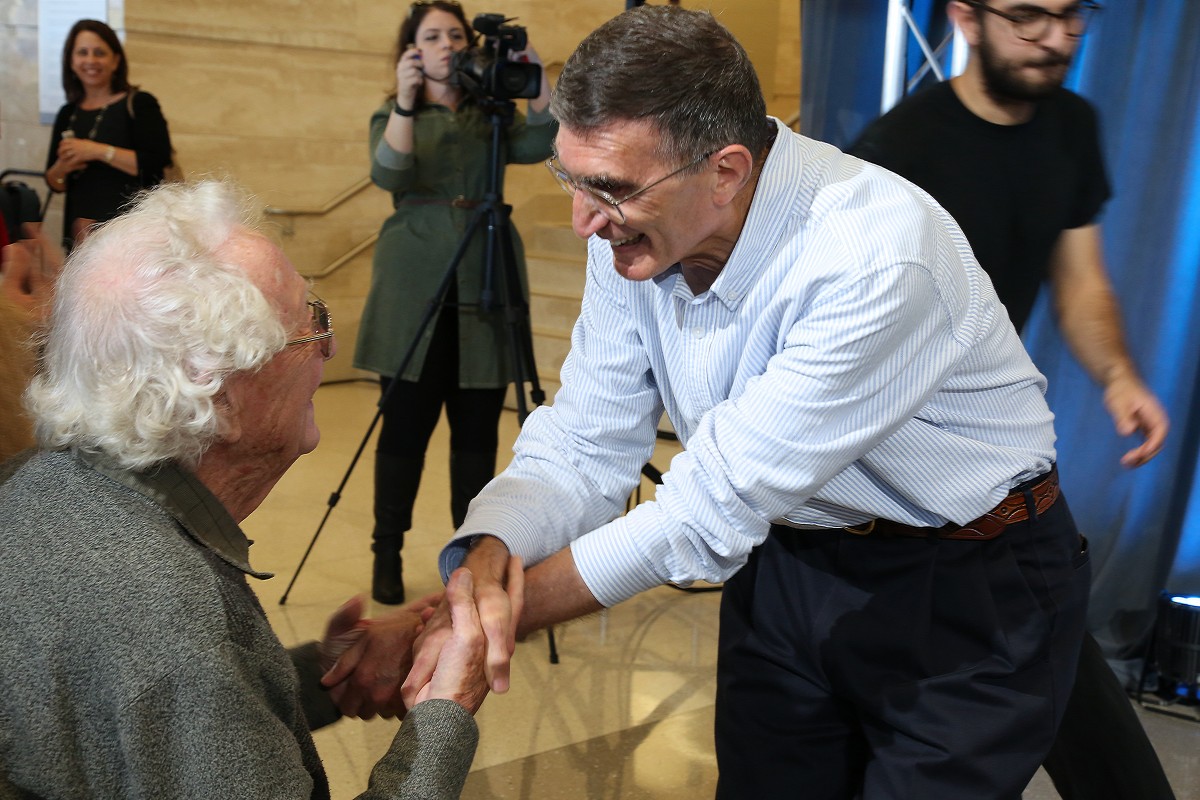 UNC’s Oliver Smithies, who for more than 50 years labored at the tedious task of genetics research, was honored in 2007 with the Nobel Prize in medicine — the first Nobel for a Carolina faculty member. Smithies, Weatherspoon Eminent Distinguished Professor of pathology and laboratory medicine, shared that prize with Mario R. Capecchi of the University of Utah’s Howard Hughes Medical Institute and Sir Martin J. Evans of the United Kingdom. Specifically, that Nobel was for their work in creating animal models of human disease. It marked one of the seminal accomplishments in genetics research, a process known as gene targeting, which has been credited to Smithies. The three had been honored together previously.

Derek Lowe, writing Wednesday in Science magazine, provided a detailed look at the work that resulted in this year’s award:

“One of the most common of these occurs on exposure to ultraviolet light from the sun. The DNA base thymine is particularly sensitive, and does a 2+2 reaction to form a four-membered ring compound, a thymine dimer. These tend to stop essential DNA-reading enzyme machinery in its tracks, and experiments in the 1960s and 1970s showed that cells dealt with this problem by actually snipping out these sections of DNA and replacing them (nucleotide excision repair, or NER). Sancar worked out how the three enzymes in this process work together, cleaving the DNA up- and downstream of the dimer, synthesizing a replacement, and stitching it back in.”

Nucleotide excision repair “also gets used to fix some other types of DNA damage, but there’s another mechanism to fix thymine dimers as well,” Lowe continued. “That’s the photolyase system, which was actually the first DNA repair mechanism noted. Recovery of cells from ultraviolet light damage had been found, oddly, to depend on visible light being available in plants and bacteria. Sancar isolated the enzyme responsible (photolyase) while he was still in grad school, and years later went back to work on its mechanism as well. These enzymes harvest light to be able to break a bond in the cyclobutane ring, causing it to revert back to the starting structures. Don’t try to treat your own sunburn by exposing yourself to more light, by the way – the photolyase pathway doesn’t exist in mammals.”