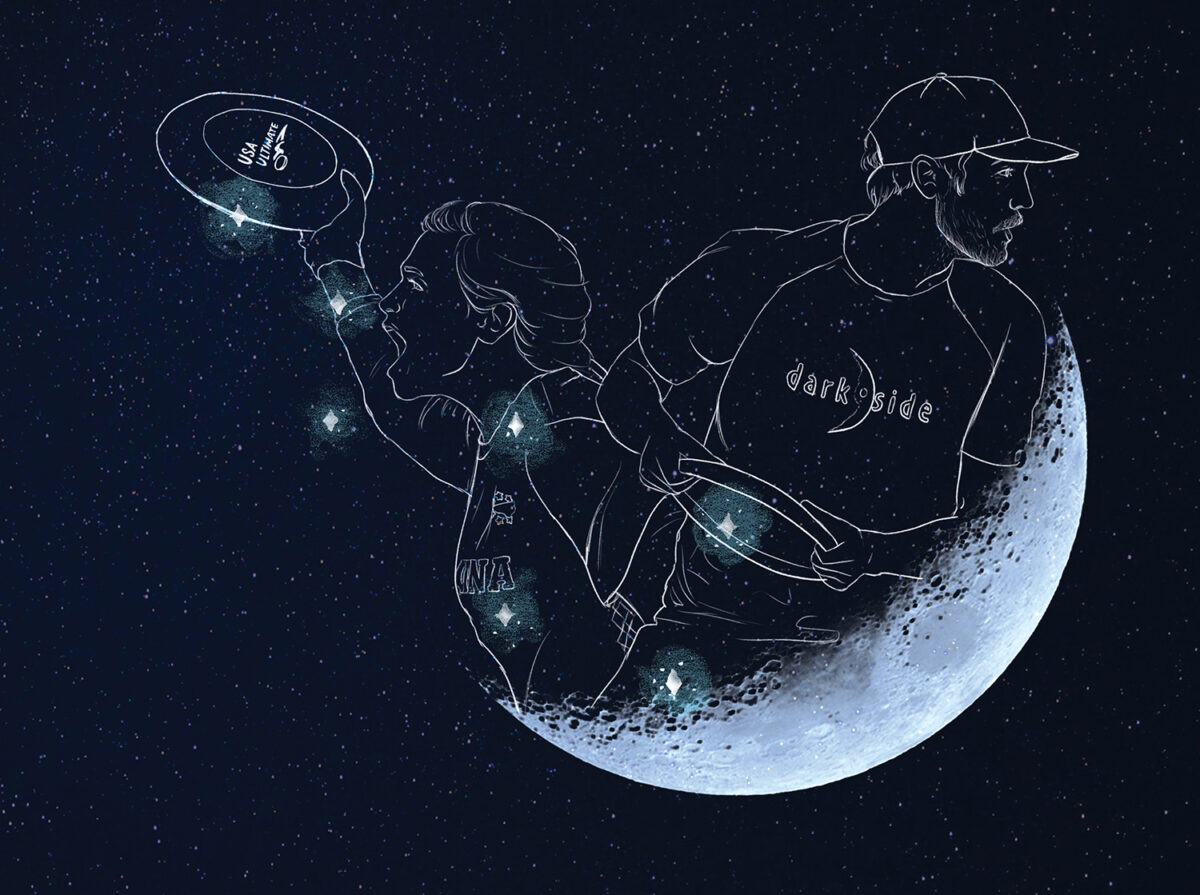 UNC’s club Ultimate Frisbee teams soared over their competitors at the USA Ultimate College Championships in December, with the men and women both landing national titles.

The Darkside men won their final against Georgia, 15-11. Then less than three hours later, the Pleiades, the women’s team, defeated the University of Washington for its championship, 15-6. It was only the third time in 34 years of the championships that the men’s and women’s titles were taken by teams from the same school. The two teams from UC-Santa Barbara did it in 1988 and 1990.

The 2020 season was canceled, and the 2021 tournament was rescheduled from May, but the pandemic-triggered hiatus didn’t faze the UNC players.

“Going to Nationals, we were just ready,” said senior Andrew Li, co-captain of Darkside. “We were ready to celebrate all the work that we’d put together for a year and a half, two years.” 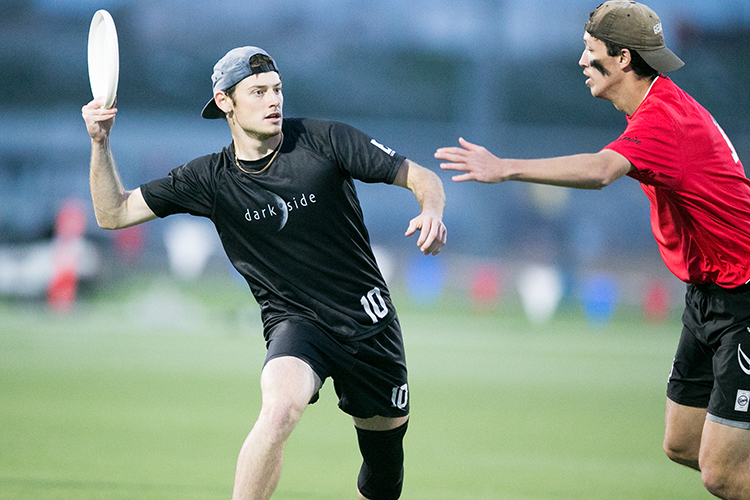 The national title was the third for the top-seeded Darkside, which also won it in 2015 and 2018. The championship was the first for Pleiades, which came into the tournament ranked No. 2. The Pleiades (pronounced plee uh deez), a cluster of stars also known as the Seven Sisters, was a natural name for a women’s team, which fields seven players.

“North Carolina is really becoming a hotbed of Ultimate,” said David Allison, head coach for Darkside. “People want to come here to play Ultimate, because we’re a special group, and we’re fun to play with, which I think really matters. It’s a great experience.”

At the center of the experience are enthusiastic players and a determination to build the entire Carolina Ultimate Frisbee program — men and women, veterans and rookies. On Wednesday and Friday nights, when neither team has a formal practice scheduled, Darkside and Pleiades members play mixed Ultimate together.

“We’re all there to get better and have fun,” Li said. “Using that environment as a way to foster more personal relationships has really increased the cohesiveness of our program as a whole.”

Senior Sydney Rehder, one of the Pleiades’ 2021 captains, said the informal games helped everyone become more versatile and adaptable on the field.
“Playing mixed can really open your eyes to a different way to see Frisbee, like field vision,” she said. “It improves throwing skills because you have to throw to a different gender. The speed is different; the window that you can throw to is different.”

The teams share information, workouts and strategy in what Rehder calls a “symbiotic relationship.” 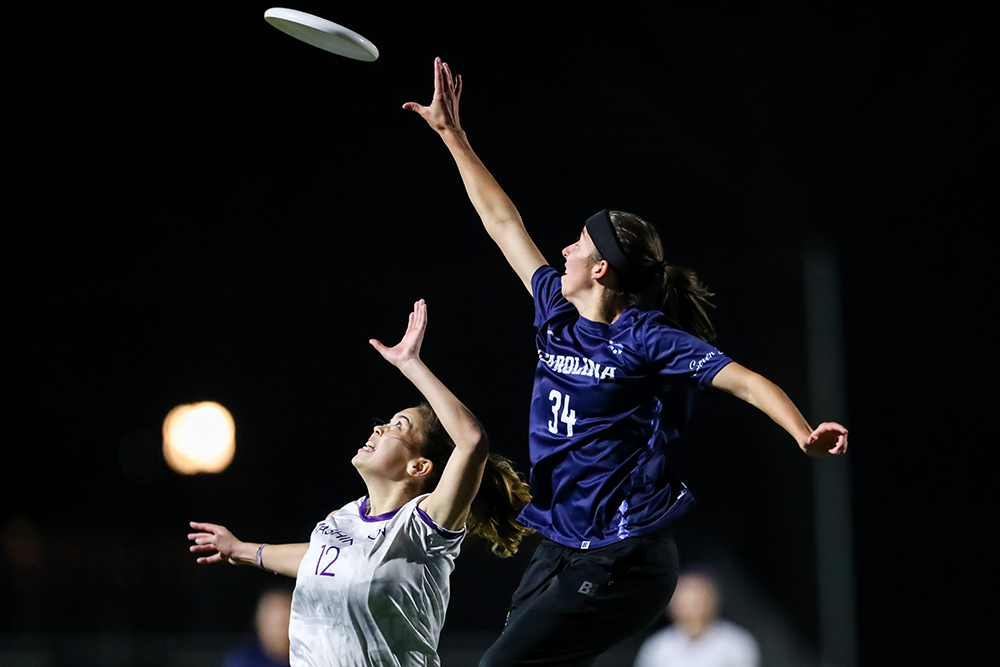 Both teams train with two goals in mind: honing the veterans for tournament play and developing younger players, many of whom have never played Ultimate before. The focus on rookie players ensures they will learn from the experienced players, improving the program’s chance for long-term success.

“I’ve been around Ultimate a long time, and the Pleiades program and the Darkside program are a unique group of people,” Darkside coach Allison said. “Even other successful programs don’t have that sense of community and love that they share for each other.”

Allison said he expects the national recognition to help attract talented players to the men’s team and the Pleiades, which was led by 2018 USA Ultimate Head Coach of the Year Jessi Jones.

Many of Carolina’s players are from the Chapel Hill area, but some Darkside members are now coming from other parts of the country such as Atlanta, Seattle and Washington, D.C., Allison said.

“In terms of Pleiades, this is their first championship … They’re having this first taste of success and having a program that’s on an upward trajectory,” Allison said.

“I can only imagine it’s going to start bringing interest.”