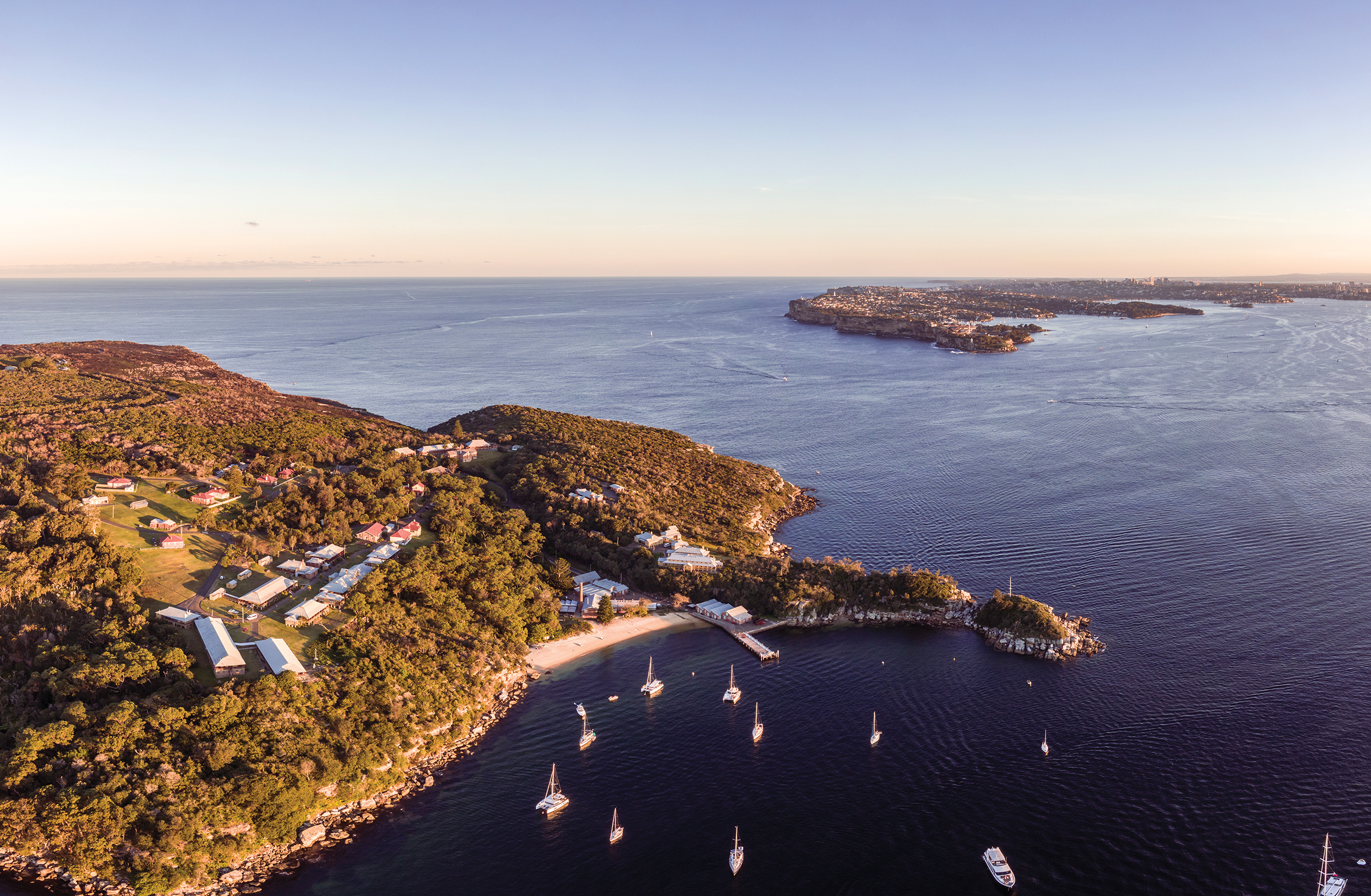 Technology blogger Geoff Manaugh and his wife Nicola Twilley, a contributor to The New Yorker, say things that originated in quarantine have often become part of everyday life — for example, passports. (iStock)

The Australian resort hotel Q Station is set like a jewel on North Head, a peninsula that guards Sydney’s harbor. The swank property dominating the waterfront with 74 acres of arresting panoramic views caught the eye of architecture and technology blogger Geoff Manaugh ’97 while he was on vacation Down Under in 2009.

He and his wife, Nicola Twilley, a contributor to The New Yorker, learned the resort began life in 1833 as a quarantine station and had served in that capacity for more than 150 years. Suddenly curious about the archaic practice of isolating new arrivals, they began asking themselves, “What was it? What happened to it? Is quarantine still required?” 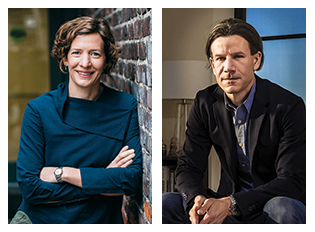 “We became convinced quarantine was going to come back into favor,” Manaugh said. “It was going to be a frontline medical tool once again in an age of emerging viruses.”

In 2016, they began writing a book they called The Coming Quarantine. This past July, with the COVID pandemic in its second year, it hit bookstores with an updated title — Until Proven Safe: The History and Future of Quarantine, a work The Wall Street Journal called “exceptionally powerful.” To learn more, from a safe distance, the Review interviewed the authors from their Los Angeles home last fall when the delta variant was fueling a COVID-19 resurgence.

Quarantines caused by COVID struck many as unnatural. Is it normal to have that reaction?

Manaugh: Quarantine is this fundamentally human philosophical relationship with the world. You encounter something. You don’t know what it is. You don’t know if it can harm you. So you introduce a little delay, a buffer, so you can wait and see. Ironically, as soon as you start looking into quarantine, you realize it’s everywhere hiding in plain sight, but we don’t know it’s there or don’t think about it. We see it in agricultural quarantines, nuclear waste isolation and NASA quarantines.

When the book came out, what was it like to hit the bull’s-eye of the zeitgeist?

Manaugh: It vindicated our hypothesis that we thought a new age of quarantine was coming. Because of the constant emergence of new viruses, as people clear-cut rain forests and build factory farms, we’re going to be encountering very strange and very virulent new diseases.

Twilley: When we were reporting the book, there were public health officials who didn’t believe quarantine had a big role to play in the 21st century. It was frustrating, because if you look at the history of quarantine, all the same mistakes of COVID quarantines have happened before. We could have seen them coming. The book’s epilogue is a call to reimagine, redesign and rethink quarantine to make it fit the 21st century, because this may be the first global mass pandemic of the 21st century, but it’s certainly not going to be the last.

What countries have done quarantine the best or worst?

Twilley: Australia is big into quarantine. It’s an island continent and has more of a collective culture. We say in the book, “You can’t have public health without a public.” If you don’t have that sense of being part of a larger whole, why would you make an individual sacrifice? Countries that have done well have often tapped into that spirit. The U.S. plan for responding was great, and the countries we trained on it and that followed it like South Korea have done well. We didn’t follow our own plan, because of the political leadership in place.

Manaugh: New Zealand has done remarkably well, but it’s a remote island and in a sense is already quarantined. South Korea is a peninsula country. These are geographic forms that through the history of quarantine have stood out as easily defensible. Quarantine was invented in a region of islands and peninsulas in the Adriatic Sea, and Venice is a city of islands whose neighborhoods can easily be cut off. You see a political will in Australia that matches things we’ve seen in China, where there’s a very obvious crackdown on individual liberties that’s alarming.

What quarantine technologies or policies may become fixtures of life?

Manaugh: In the book we joke that what happens in quarantine doesn’t stay in quarantine. When you look at the history of quarantine, things that are implemented can become part of everyday life.

Twilley: The most striking example is the passport. The first were health passports used traveling around what’s now Italy, during the Black Death. Now it’s this piece of paper that can shape where you can live in the world and pins you in place for governments. People are justified in finding the intrusion of quarantine measures in their lives potentially alarming. The thing to do is have a conversation about the benefits and the trade-offs. So, ask people’s permission, get them involved, rather than impose from the top down. There’s no doubt about it — quarantine always involves a strange power in terms of individual rights. It’s one of the few situations in Anglo-Saxon law where you are guilty until proven innocent. You’re dangerous until proven safe. It’s a very strange and dangerous power that does have to be applied carefully, but it’s a powerful and necessary tool.

Manaugh: There’s going to be limiting people’s use of urban amenities, such as closing off parks because too many people have been congregating there and it’s considered dangerous, or using QR codes to determine if you’re eligible to use public transportation. If you drive into parts of London, to prevent overcrowding your license plate is flashed, and you’re charged for entering. Given what we’ve seen with COVID, not being able to go into a city because your license plate isn’t appropriate is absolutely on the horizon. What’s strange and ominous about the history of quarantine is 10 or 15 years from now people won’t necessarily remember some stuff had a medical origin.

Manaugh: When people spread dangerous misinformation that isn’t accurate or medically sound, you can do much more harm than good in terms of convincing people to use the wrong medication, whether it’s a malaria drug with absolutely no medical evidence behind it that was so popular in the early stages of the pandemic in certain political circles or the new trend for the quote, unquote, “horse deworming” drug that everyone is taking now.

You write that quarantine can be a “strange but powerful generator of creativity and connection.” How?

Twilley: Constraints are great stimuli for creativity, and quarantine is a constraint and can function that way.

Manaugh: People have been inspired to find new ways of broadcasting, performing and publishing. They’ve found ways to structure theatrical experiences so you can watch an opera on your cellphone or do things over Zoom with museum exhibitions. Bands have done socially distanced street performances.

Twilley: As steamship and railway travel picked up in the 1800s, more people experienced quarantine. That fueled a mini-boom in quarantine romance stories. The rise of the vampire myth shares its birthplace with a 100-year quarantine line [for trade, immigration and self-defense, as well as disease] in Eastern Europe, where a state of uncertainty — are you inside or outside, healthy or sick, safe or dangerous? — was mirrored by the vampire’s liminal state.

How can the design and enforcement of quarantines be improved?

Manaugh: The challenge of making sure we have facilities and infrastructure for quarantine needs to be taken seriously. We spent millions and wasted months trying to figure out where to put people, and by the time we converted a convention center, oftentimes it was no longer the right place — the hot spot had moved on. Japan takes seriously the threat of earthquakes and builds preparedness into its cities and structures. Maybe our sports stadiums, dormitories, airport hotels or even private homes could be instantly transformed into safe quarantine facilities.

We quarantine against foot-and-mouth disease, African swine fever and stem rust, a fungus that attacks wheat. How dire are these threats?

Twilley: Just as public health officials warned us a pandemic was on its way and we were going to experience mass quarantine, agricultural disease experts are saying the same thing, and we’re not listening in exactly the same way we didn’t listen to public health experts, and so we’re not prepared in exactly the same way we weren’t prepared for COVID. One expert made the slightly hyperbolic statement, “We’re only one pathogen away from starvation.” What he meant was we’re one pathogen away from big food-supply disruptions and with that famines, hunger and war. Human diseases and human quarantines have long histories, and agricultural diseases and agricultural quarantines have long histories, too. There’s some argument stem rust was a major factor leading to the Roman Empire’s decline.

What “hot spots” did you visit to research the book?

Manaugh: You could do no better than to start with Dubrovnik on the Adriatic Sea. It has a facility outside its city gates and a monastery once used for quarantines on a beautiful little island within an island. Venice’s quarantine facilities, the Lazzaretto Vecchio and the Lazzaretto Nuovo, are great. Malta has a spectacular gigantic fortress on an island in a harbor.

How much longer will the pandemic continue?

Manaugh: The 1918 flu lasted at least two long flu seasons. It took quite a while until it was no longer a threat. In our interviews with public health professionals, they admitted they hadn’t adequately considered the politics of this. To them, it looked like a scientific or medical solution — “We’ll do quarantine. We’ll do vaccines. We’ll do masking. We’ll do this, that and the other thing.” They underestimated the political resistance and the information ecosystem that would play against them.