Bill Ferris grew up on a farm in Mississippi, a state that ranked near the bottom in terms of education and income, but at the top culturally. The voices of Southerners come through in stories and music, and when Bill left home, he took those worlds with him. As a professor, as the founding director of the Center for the Study of Southern Culture, as chair of the National Endowment for the Humanities, he shared his love of Southern culture far and wide. One colleague considers him “the gateway drug to the study of the South.” 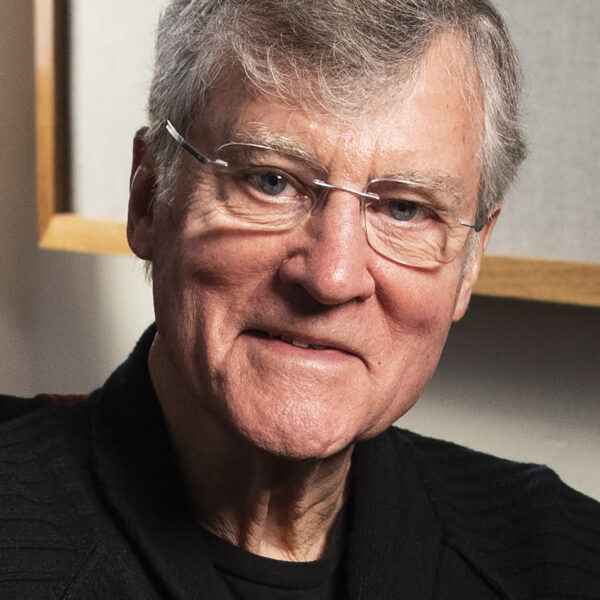 For more than half a century, Bill has collected, recorded, documented and photographed Southern folklore. Though his people back home were skeptical that interviewing blues singers and convicts would lead to a job, he has been able to do what he loves and get paid for it.

During his career, he has written or edited 10 books and made 15 documentaries. He co-edited the Encyclopedia of Southern Culture, which was nominated for a Pulitzer Prize. He received the Charles Frankel Prize in Humanities, and was honored by the Blues Hall of Fame. In 2019, his boxed set of music and stories, Voices of Mississippi: Artists and Musicians Documented by William Ferris, won Grammys for Best Historical Album and Best Album Notes.

After an undergraduate degree from Davidson and graduate study in folklore at Northwestern and the University of Pennsylvania, Bill returned to Mississippi to teach English at Jackson State. Yale lured him away to teach American and Afro-American studies, and while there he founded the Center for Southern Folklore in Mississippi. But the South still had a hold on him, and eventually he returned, this time to the University of Mississippi at Oxford, where he established the Center for the Study of Southern Culture.

In 1997, President Bill Clinton appointed him chair of the National Endowment for the Humanities. Possessing a gift for getting people to listen to his ideas and come along, he traded his T-shirts for business suits and set out to enlighten members of Congress to the importance of the humanities.

When the political administration changed in 2001, UNC’s Chancellor James Moeser sensed an opportunity for Carolina. Bill needed no persuasion to accept UNC’s offer to join the faculty as the Joel R. Williamson Eminent Professor of history, adjunct professor in the curriculum in folklore and the senior associate director of the Center for the Study of the American South.

Academia became an extended family for Bill. He lives through his students, many of whom have gone on to great success as folklorists themselves. Bill helps clear a path to success. “He knows everyone between him and the moon,” one former student said, and he’s generous with sharing his network.

Bill creates space for students to talk and strategize when they hit the inevitable challenges of scholarship, career and life. Like a good coach, he offers praise even as he’s pushing others toward their full potential. UNC strives to foster diversity and support students of color; Bill lives those values. He finds the “on” switch in people so they can see the complexity of a region in a new way and recognize that where they came from is magical, even if they’re trying to get away from it.

In 2018, Bill retired with emeritus status. He has turned his collection of writings, recordings and photographs over to UNC’s repositories to organize, a task his mother referred to as “cleaning out the Agean stables.” The library approached the work with zeal and has made much of the material available on a website.

The very concept of folklore inhabits the long game. Bill encourages hiring young people in the field because knowledge, like folklore, must be passed from one generation to the next. In retirement, he’s still encouraging people, making connections and collecting stories. He’s compiling some of his black-and-white photos into a book, and he’s working on his memoir.

As one colleague said, with his brilliance, creativity, tenacity and resilience, Bill’s “a lean hound for a long chase.”