Willingham Says She Will Resign at Semester's End 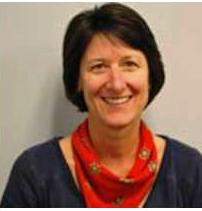 Mary Willingham, who has attracted national attention since January after asserting that many Carolina athletes were substandard readers with little chance for academic success in college, says she plans to resign from the University at the end of the semester.

Willingham’s announcement came after a one-hour meeting with Chancellor Carol L. Folt on Monday, but Willingham said she had pondered leaving UNC for some time because of the cumulative pressure she has attracted after going public about what she said she observed — and participated in — while working with athletes who needed help with their studies.

Willingham became the focus of a CNN story in January about its investigation into academic problems with athletes at schools across the country, telling the network that she had met many athletes who could not read or write at a level acceptable for college work. She said her research showed that 60 percent of 183 athletes at Carolina between 2004 and 2012 who were considered upon admission to Carolina to be at risk for academic failure read between fourth- and eighth-grade levels and that 8 percent to 10 percent read below a third-grade level.

Provost James Dean denounced her research to the Faculty Council, saying that the data with which she made her conclusions was “virtually meaningless” and that her claims “have been unfair to the students, unfair to the admission officers, unfair to the University.”

UNC then enlisted three outside experts to independently analyze and report on the data set, which comprised results of a Scholastic Abilities Test for Adults Reading Vocabulary subtest — a 25-question, multiple-choice vocabulary test — given to 176 new athletes in the eight-year period.

Willingham said that while the three experts received the SATA reading scores, not all of her data was released to them. “They weren’t doing the same analysis that I was doing. It was a very directed review of what I had done.”

Willingham was a learning specialist in the Academic Center for Student Athletes from 2003 to 2010. During that time, she said, she observed athletes being steered to easy courses and to some classes that since have been declared fraudulent. She acknowledged that she participated in signing off on false academic claims that helped keep athletes eligible to play. Since leaving the Academic Center for Student Athletes, citing her frustrations with her inability to help athletes within that system, she has been an adviser specializing in graduation and has taught a class on tutoring in the School of Education.

Willingham filed a grievance some months ago with the University over changes to her job that she said she thinks were an effort to make her quit. She said on Tuesday that Folt had decided there was no preponderance of evidence to support that claim; Willingham said she has appealed to the Board of Trustees.

Willingham said that as Carolina undergoes what she counts as its eighth investigation of the matters that attracted NCAA investigators to Chapel Hill in 2010 — and the spinoffs from the attention that brought to the athletics/academics issues — “I’ve done the best job I could to get the story out.”

She said she initiated the meeting with Folt after her students encouraged her to do so.

Folt is “tough,” she said, and “wants to move the University forward. She doesn’t think other schools are digging into [athletics/academics issues] like us.”

She said that she plans to continue working on literacy problems and that she would continue relationships she has with people who are working with issues such as an effort at Northwestern University to unionize athletes and an antitrust class action that former UCLA basketball player Ed O’Bannon has brought against the NCAA over compensation to college athletes for use of their likenesses for commercial purposes.

“I’ve got a debt to pay for some students I was supposed to help get an education and I didn’t do it,” she said. “I was part of the fraud.”