Click in with Carolina Public Humanities for this series, Lunch With Friends and Strangers: Conversations With UNC’s Faculty. This virtual lunch talk features a discussion of Anne of Cleves (1515 – 1557), Divorced, Beheaded, Died, Divorced, during a conversation with Tatiana String. 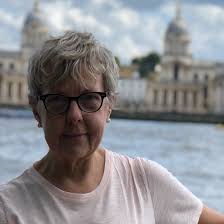 Tania String specializes in the art and culture of Early Modern Europe. Her research and teaching focus on portraiture, gender, and communication in the sixteenth century. Major publications include a study of Henry VIII’s England entitled Art and Communication in the Reign of Henry VIII (2008) and an interdisciplinary volume (co-edited with Marcus Bull) Tudorism: Historical Imagination and the Appropriation of the Sixteenth Century (2011)

Before coming to UNC, Dr. String taught at the University of Bristol in the UK. She is a Fellow of the Society of Antiquaries of London and was the Kress Doctoral Fellow at the Warburg Institute. She has been a historical consultant for the BBC and for Historic Royal Palaces. While in England she worked closely with the National Portrait Gallery to curate two exhibitions of English portraits: “On the Nature of Women”: Tudor and Jacobean Portraits of Women, 1535-1620 and Imagined Lives: Mystery Portraits from the National Portrait Gallery, 1520-1640.

Since coming to UNC in 2010, Dr. String has collaborated with the North Carolina Museum of Art on research into a collection of sixteenth- and early seventeenth-century English portraits that resulted in the exhibition History and Mystery: Discoveries in the NCMA’s British Collection (2016) and an international conference Interrogating the English Portrait: Tudor and Jacobean Portraits in the North Carolina Museum of Art (2016).