Dr. Julie Byerley ’97 (MPH), interim dean of UNC’s Adams School of Dentistry since January, will leave Carolina at the end of the calendar year to become president and dean of the Geisinger Commonwealth School... 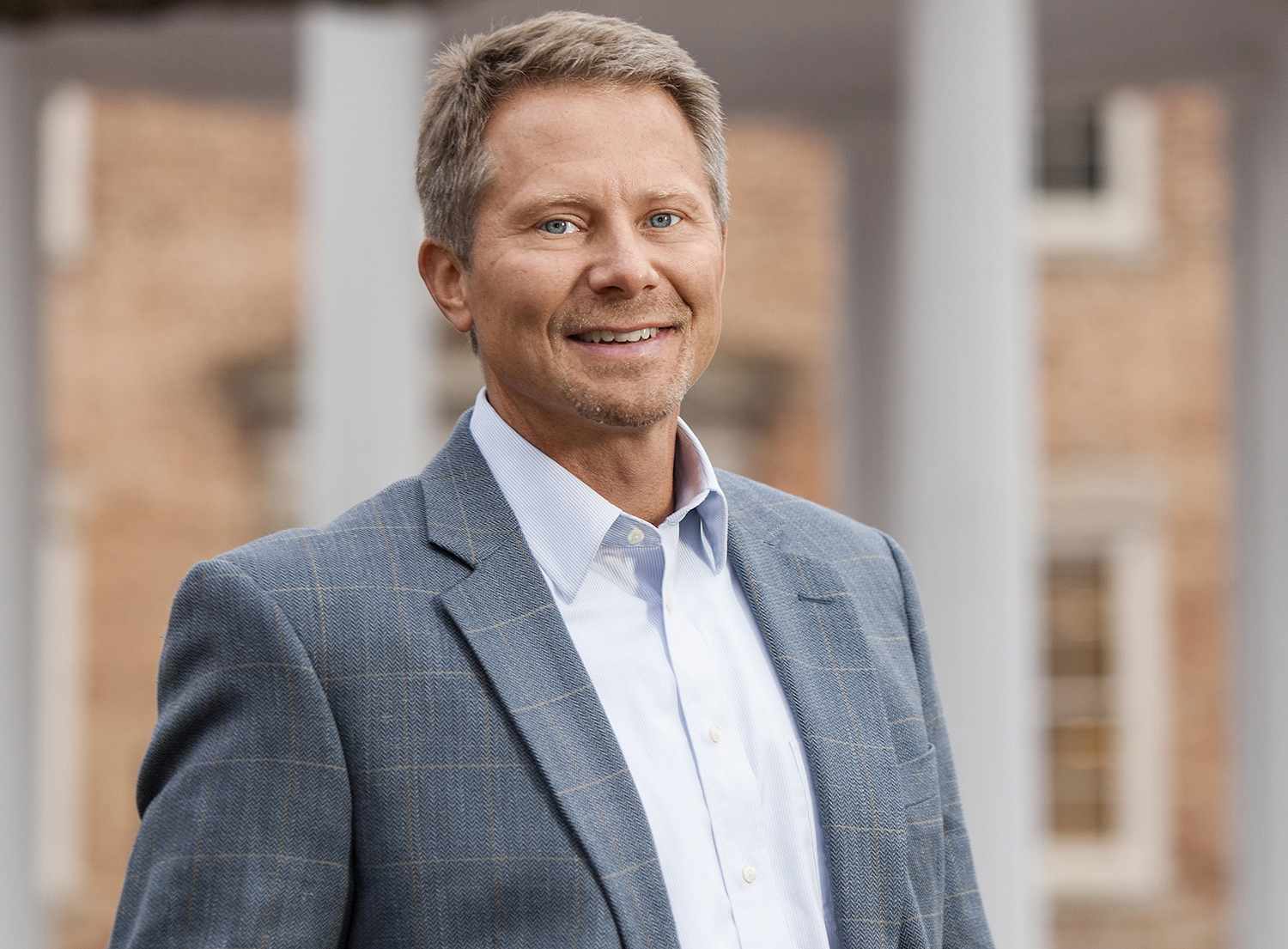 The appointment of Kevin Guskiewicz as interim chancellor, which follows the resignation of Carol L. Folt as the University’s 11th chancellor, was effective immediately. (UNC photo/Kevin Seifert)

Kevin M. Guskiewicz, who built a national reputation for research into sports-related brain injuries before becoming dean of UNC’s College of Arts and Sciences, was named the University’s interim chancellor on Wednesday.

The appointment, which follows the resignation of Carol L. Folt as the University’s 11th chancellor, was effective immediately.

“After widespread and helpful input, I strongly believe Kevin is the best person to lead UNC-Chapel Hill,” said Dr. William Roper, who became interim president of the UNC System in January. “Kevin is an outstanding researcher, innovator and strategic thinker, and I look forward to working with him over the coming months, along with the strong leadership team at Carolina. Together, we will grow and strengthen all that Carolina does to serve the state, region and world.”

Guskiewicz has been at UNC for 24 years and served as dean of the college since January 2016, overseeing UNC’s largest academic unit. The college has more than 17,000 undergraduate students and 2,400 graduate students, and it encompasses more than 70 academic departments, curricula, programs, centers and institutes.

Roper said Carolina “needs its interim chancellor to be a leader of stature — someone who knows the institution, knows the state and is ready to drive the University forward. Kevin is that leader.”

On Jan. 14, Folt announced her resignation after five and a half years — simultaneously with an order that the pedestal of the Confederate monument Silent Sam be removed. She planned to stay in the job until May, but the system Board of Governors moved the resignation date to Jan. 31. Board of Governors’ Chair Harry Smith made it clear the board was unhappy with the way Folt handled authorizing the removal of the last of the Confederate monument Silent Sam — its pedestal and commemorative plaques.

Guskiewicz is on record suggesting that the statue be relocated to Bennett Place, a Civil War commemorative site in Durham. On Thursday, Roper said that position was a factor in his choice for interim.

“The Confederate monument is an important issue. I look forward to working with Interim Chancellor Guskiewicz on this. He’s on record as saying that the monument should not be anywhere on the campus and rather should be somewhere else. That’s my position as well. I’m comfortable with his position — that’s one of the reasons I thought he was the right person to lead UNC-Chapel Hill.”

Guskiewicz has made interdisciplinary teaching and research a cornerstone of his tenure, promoting the development of courses that span disciplines across the arts and sciences. He has championed the use of high-structure active-learning techniques.

He also is overseeing a major revamping of UNC’s general education curriculum — the first significant overhaul in 12 years.

“I’m going to spend a good part of my first two to three months on a listening and learning tour,” he said. “While I’ve been here for nearly 24 years, I still have a lot to learn. I truly believe our best days are ahead.”

Guskiewicz said he had an offer of a faculty position at Virginia when he decided to come to Chapel Hill. “Twenty-four years later, it still feels just right.”

He said he could be a candidate for the committee that will search for the 12th chancellor. “I’m thrilled to be leading the University right now,” he said. “I’m confident that we’ll do the right things that I hope would allow me to be a candidate in that search.”

In 2011, he was awarded a prestigious MacArthur Fellowship — often called a “genius grant” — for his innovative work on the diagnosis, treatment and prevention of sport-related concussions. In 2013, Time magazine named him a Game Changer, one of 18 “innovators and problem-solvers that are inspiring change in America.”

His groundbreaking work has earned numerous awards, including fellowships in the American College of Sports Medicine, the National Academy of Kinesiology, and the National Athletic Trainers’ Association. His research has influenced concussion guidelines and recommendations made by these organizations, as well as the NCAA and the NFL.

A member of UNC’s faculty since 1995, Guskiewicz is the Kenan Distinguished Professor of exercise and sport science, co-director of the Matthew Gfeller Sport-Related Traumatic Brain Injury Research Center and director of the Center for the Study of Retired Athletes.

Before becoming dean, Guskiewicz was senior associate dean for the natural sciences and chair of UNC’s department of exercise and sport science.

“It is an honor to be asked to lead the nation’s first public university into the next chapter of its storied history,” Guskiewicz said. “When I became dean, I pledged to be ‘strategic, bold and student-focused,’ and those imperatives will continue to guide me in this role. I am excited and energized by the possibility and promise of the things the Carolina community can accomplish together.”

In a news conference Thursday morning, Roper and Guskiewicz both condemned photos that appeared in the Yackety Yack and the medical school yearbook, news of which surfaced on social media Wednesday.

“There’s a number of things about our past that we need to understand and deal with,” Roper said. “That’s a horrific part of our past, one that I think has no place, then or now, in our university system.”

People in blackface are pictured in the 1979 Yack on the Chi Phi fraternity’s pages. In one photo, two people dressed as Ku Klux Klansmen are posed with a noose around the neck of a person in blackface.

Guskiewicz added: “There’s no place now or in the past [for that]. I don’t believe that reflects what our University is about today, nor do I believe it represents what it was about back in 1979. We were disheartened by that.”

A search committee will consider candidates for the chancellorship in a time frame not yet established.

• Guskiewicz to Be Dean of College of Arts and Sciences, October 2015

• An Impact on the Game, September/October 2013 Carolina Alumni Review