The Kenan-Flagler Business School has moved closer to its goal of raising the money to match state funds for a building expansion that will enable it to grow its undergraduate program at least 50 percent...

UNC’s Hussman School of Journalism and Media will be home to an executive-in-residence program honoring Frank A. Daniels Jr. ’53, the longtime president and publisher of The News & Observer who, in his 26 years... 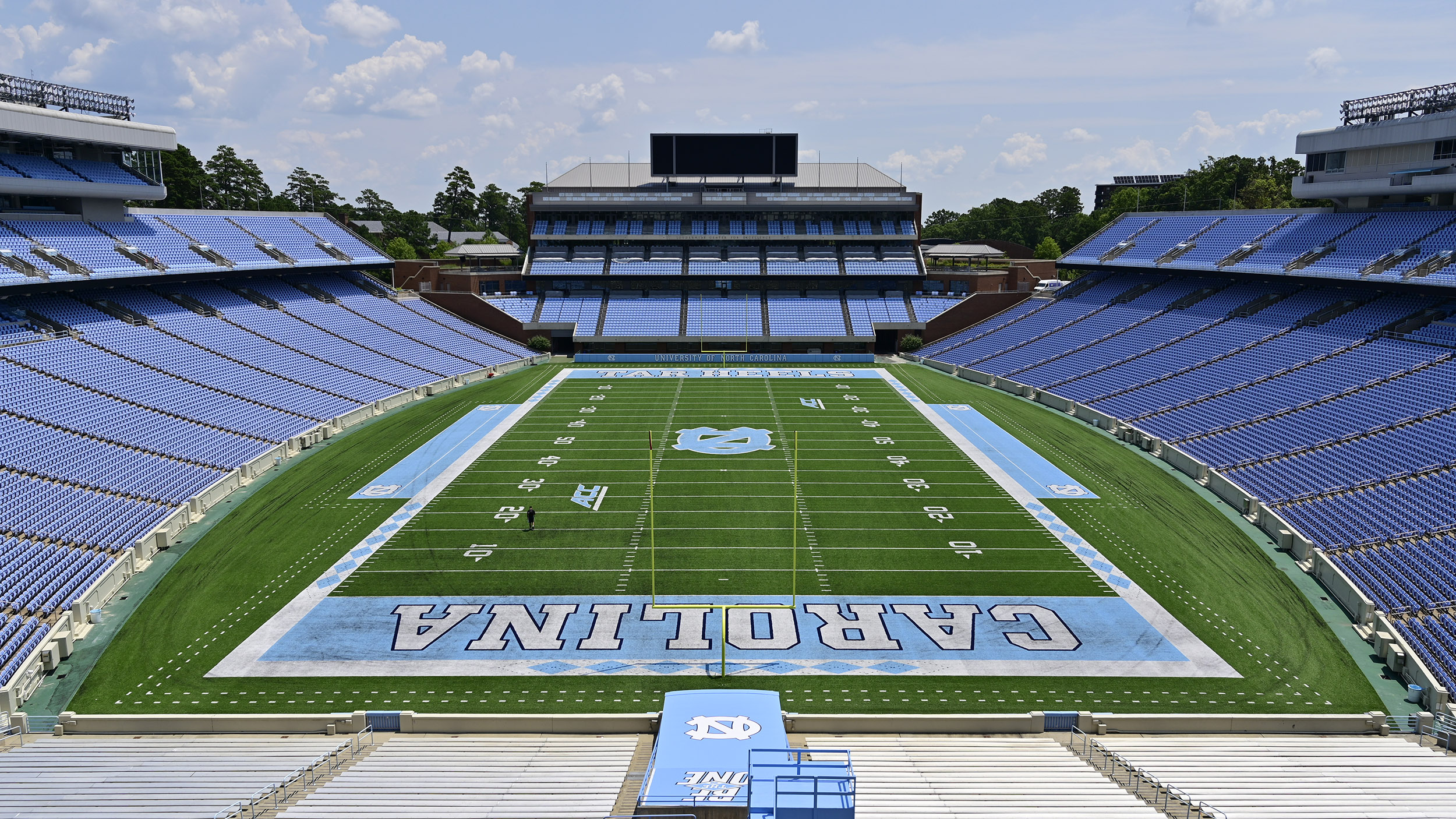 The Eddie and Jo Allison Smith Family Foundation has given what the athletics department and the Rams Club call the largest-ever donation to Carolina athletics.

The foundation is headed by longtime UNC benefactor Eddie Smith Jr. ’65 of Greenville and was co-founded with his late wife, Jo Allison Smith. The gift, the amount of which was not disclosed, will honor their son, Chris Smith ’87, by naming the field at Kenan Memorial Stadium the Chris Smith Field. Chris Smith is a member of the Rams Club’s executive board of directors.

Eddie Smith helped fund the UNC building that is home to the indoor track and field program and was a football practice facility before a separate building opened in 2018. Eddie Smith Field House honors his father, Eddie Smith Sr.

The Smiths have supported other areas of the University, including the School of Medicine, where the family has established professorships, fellowships and numerous clinical research funds. They also have supported student scholarships, the Kenan-Flagler Business School, the College of Arts and Sciences and the University Libraries, among many other areas.

Eddie Smith is owner, chair and CEO of Greenville-based Grady-White Boats. His numerous leadership roles at Carolina include serving as a past member of the Board of Trustees and chair of the Rams Club. He also has served on the boards of visitors for the University and the Lineberger Comprehensive Cancer Center, among many volunteer positions. He has been honored with the William Richardson Davie Award, the highest honor bestowed by the trustees.