Three Elected to Academy of Arts and Sciences

Three faculty members — Kathleen M. Harris, Jodi Magness and Bryan L. Roth — have been elected into the American Academy of Arts & Sciences. Harris is a Distinguished Professor of sociology, Magness is Kenan... 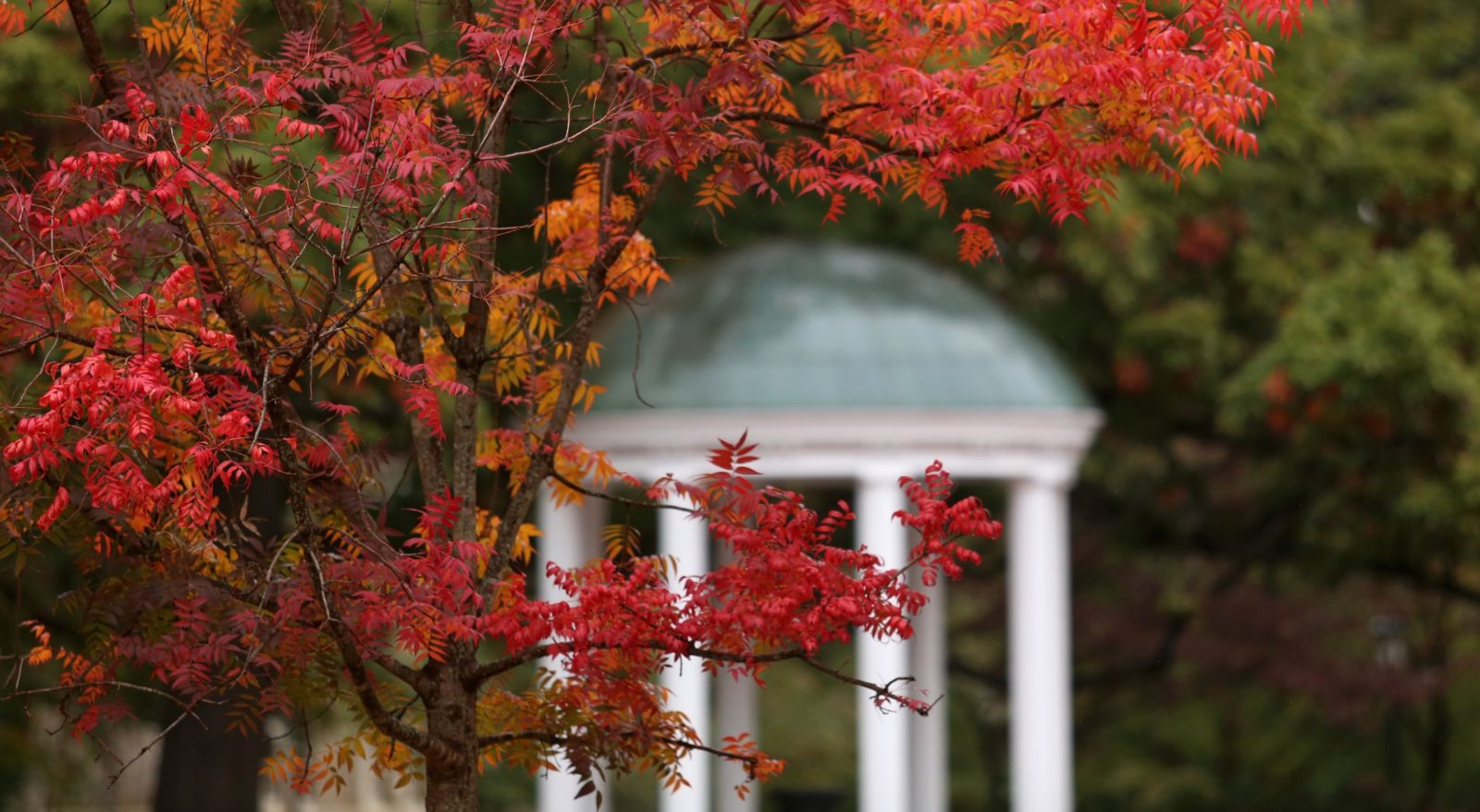 Known as Bridge Builders, the honorees have been chosen from nominations from the campus community and the public, and include alumni and non-alumni, living and deceased. (UNC photo)

Nineteen need-based scholarships are being named for UNC luminaries who distinguished themselves and whose work, advocacy and personal example helped forge a more inclusive, unified and aspirational Carolina community.

Known as Bridge Builders, the honorees have been chosen from nominations from the campus community and the public. They are alumni and non-alumni, living and deceased — such as Daniel Pollitt, a law professor who fought to desegregate Chapel Hill and advance civil rights in North Carolina; Susie Marshall Sharp ’29 (LLB), the first woman to serve as chief justice of the N.C. Supreme Court; and Larry D. Keith ’86 (MS), who paved the way for hundreds of students of color to succeed in the health professions when he served as director of the Medical Education Development program.

“By honoring these courageous Bridge Builders with scholarships in their name, we find new ways to represent and celebrate our diverse history,” Chancellor Carol L. Folt said. “These individuals helped strengthen our community with their advocacy, and we believe these scholarships will serve as motivation for our students to discover and thrive as they carve their own paths at Carolina.”

Folt was inspired to launch this initiative after Shelby Dawkins-Law ’11 (’13 MA) made a suggestion at a town hall meeting on race and inclusion in November 2015 that University leadership find more ways to honor the contributions people of color have made to UNC. In 2016, Folt announced the first round of scholarships, named for Noteworthy Firsts, courageous people who represent important firsts in the University’s history.

The Bridge Builders are:

• Susan Grey Akers, who became the first female dean at UNC in 1932, when she was appointed to serve as the first dean of the School of Information and Library Science. Akers maintained an interest in the school, its faculty and its students until her death in 1984 at age 95.

• Bryan Brayboy ’90, a member of the Lumbee Tribe, who has worked to advance the reputation of UNC among Native Nations and has encouraged a generation of American Indian students to pursue and complete graduate education.

• Albert Lemuel Bunker (class of 1882), who was the first Asian-American student at UNC.

• Herb Davis ’73 (MS, ’80 MPA, ’88 EdD), who joined the Office of Undergraduate Admissions in 1978, where he served for three decades. He was instrumental in the significant increase in the recruitment, enrollment and retention of minority students at Carolina.

• Elson Floyd ’78 (’83 MEd, ’84 PhD), who held many leadership positions at the University before becoming the first African-American president of three public universities.

• Henry Frye ’59 (JD), the first black student to enter the School of Law as a first-year student. He later became the first black chief justice to be appointed to the N.C. Supreme Court. He is a recipient of the GAA’s Distinguished Service Medal.

• Linwood Futrelle ’75, who spent 37 years working for UNC in the field of information technology, eventually serving as chair of the Employee Forum, where he established the Carolina Blood Drive.

• Nikole Hannah-Jones ’03 (MA), one of four founders of the Ida B. Wells Society for Investigative Reporting, which focuses on recruiting and retaining editors of color in the field of investigative journalism. She is a recipient of the GAA’s Distinguished Young Alumna Award.

• Larry Keith ’86 (MS), who served as the assistant dean of admissions in the School of Medicine. For 18 years, he also served as the director of the Medical Education Development program, the iconic pipeline program for underrepresented minorities to prepare for medical and dental school.

• Jackie Overton ’85 (’89 MEd) served in many roles at Carolina, including chair of the Employee Forum. She spearheaded a restructuring of the housekeeping department to improve working conditions and implemented safeguards to protect the most vulnerable employees.

• Linda Ellen Oxendine ’67 became one of the first American Indian women to earn a degree from UNC. A member of the Lumbee tribe, she served as chair of American Indian studies at UNC-Pembroke and elder in residence at the UNC American Indian Center, and she was essential in helping preserve and disseminate knowledge of Lumbee history, language and culture.

• Dr. Raj Panjabi ’02 (’07 MD) is founder and CEO of Last Mile Health, for which he created national networks of community health workers who bring health care to rural villages around the world. In 2016, he was named one of Time magazine’s 100 Most Influential People in the World. He is a recipient of the GAA’s Distinguished Young Alumnus Award.

• Daniel Pollitt was a professor at the School of Law and a charter member of the N.C. Civil Liberties Union, of which he served as president (1969-73). He helped found Southerners for Economic Justice and was instrumental in desegregating many shops and restaurants in Chapel Hill.

• Chuck Stone was a Walter Spearman Professor in the School of Media and Journalism, teaching censorship and magazine writing. He founded the Rainbow Institute (now known as the Chuck Stone Program for Diversity in Education and Media), which seeks to attract students of varying diversity who are interested in a career in journalism.

• Weiming Lu ’57 (MRP) became the first graduate of Chinese descent to earn the University’s Distinguished Alumnus Award. He also is a recipient of the Presidential Award from National Trust for Historic Preservation.