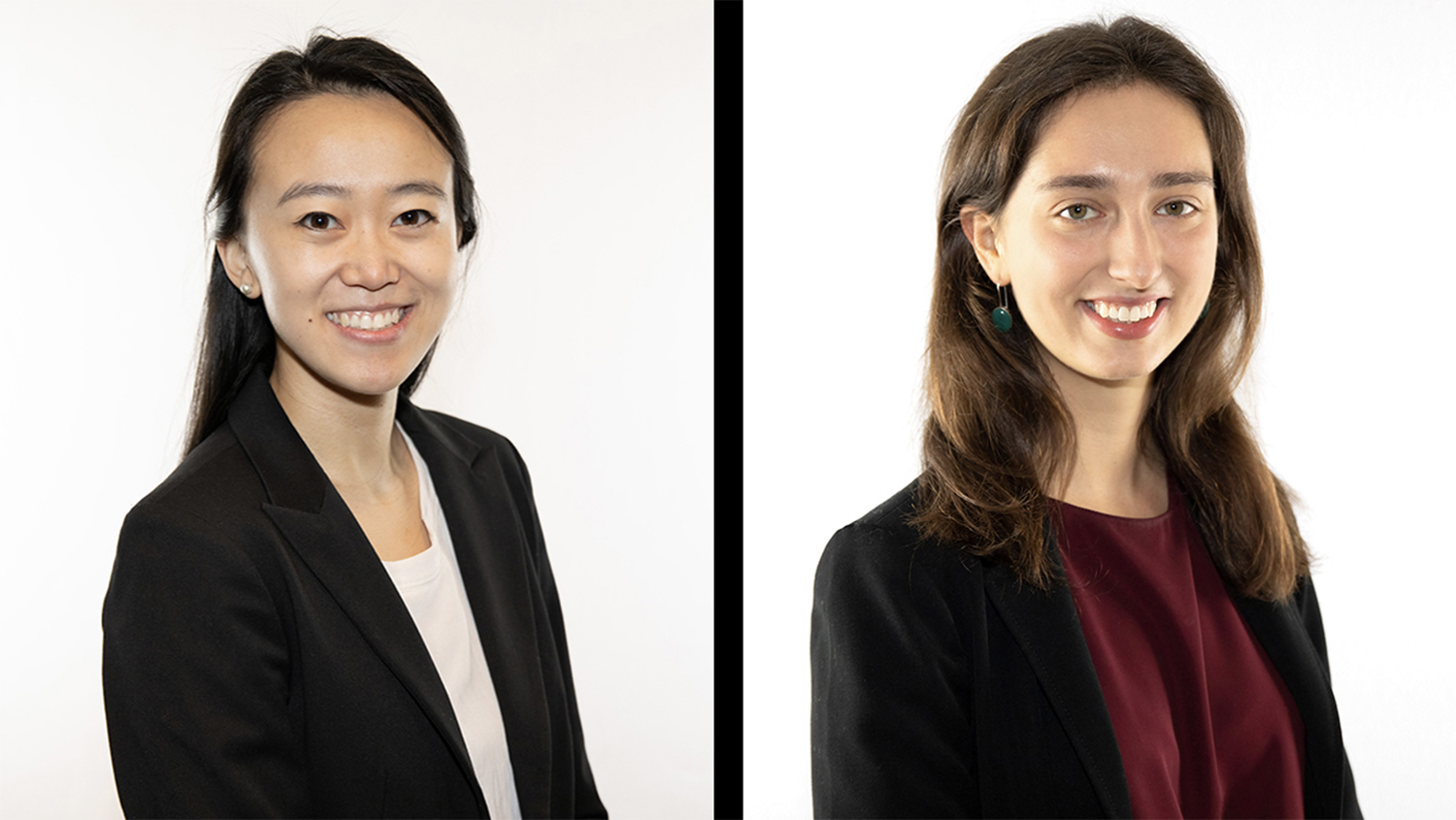 Alice Huang ’16, left, and Emily Venturi ’18 have been selected for the Schwarzman Scholars program. (UNC photos)

Emily Venturi ’18 and Alice Huang ’16 have been selected for the Schwarzman Scholars program, an elite China-based scholarship modeled after the Rhodes Scholarship and founded by Blackstone co-founder and CEO Stephen A. Schwarzman.

Venturi and Huang were two of about 140 Schwarzman Scholars chosen in November from around the world for the fourth cohort of Schwarzmans. They are the sixth and seventh to be chosen for the program from UNC. The master’s degree program supports study at China’s Tsinghua University and bridges the academic and professional worlds to educate students about leadership and China’s expanding role in the world.

Venturi, from Trieste, Italy, graduated from the United World College, headquartered in London, in 2014. At Carolina, she was a political science and economics major, a Morehead-Cain Scholar, a member of Honors Carolina and a scholar with the Buckley Public Service Program, which combines a sustained commitment to public service with structured training and reflection on that service, and senior editor for The Internationalist, UNC’s undergraduate research journal for international affairs. She currently works in the Office of the United Nations High Commissioner for Refugees and is a research assistant in UNC’s political science department, studying European Union integration and multilevel governance.

Huang, from Chapel Hill, graduated from the N.C. School of Science and Mathematics in 2012. At Carolina, she majored in economics and mathematics, was an Honors Carolina student, was a Morehead-Cain Scholar and was executive director of Students for Students International, which promotes education and provides sustainable educational resources for exceptional students in the developing world. She also worked as a student consultant for Oxford Microfinance Initiative in Oxford, England, and was a summer research assistant at Peking University China Center for Health Economics Research in Beijing. During her senior year, Huang was awarded a Fulbright Scholarship to teach English as a foreign language in Kolkata, India. She completed an honors thesis about the impact of the Great Chinese Famine on health outcomes. She currently works in New York as an associate analyst and research assistant for NERA Economic Consulting.