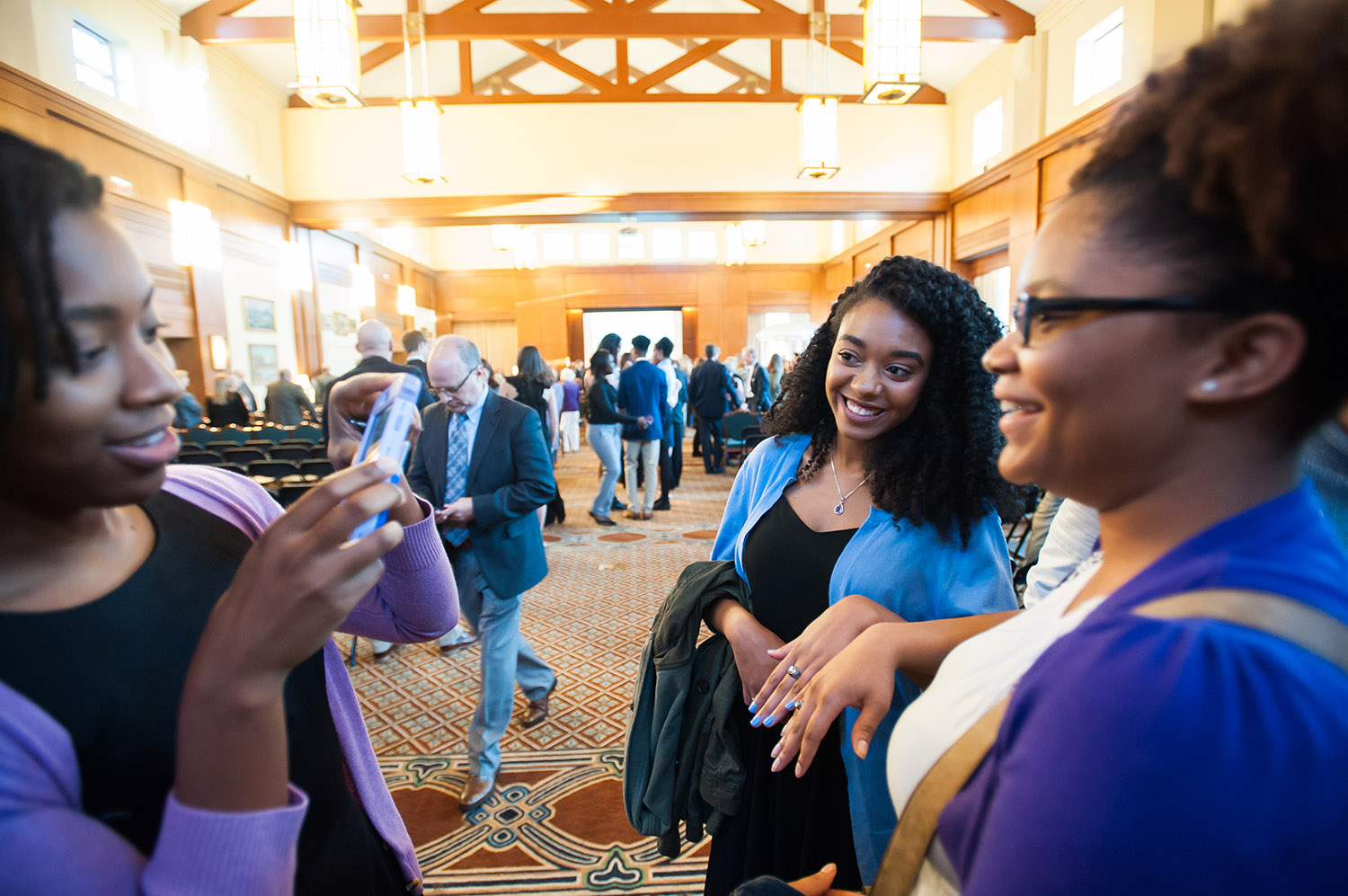 The Official Class Ring ceremony is a GAA tradition that began in 2008. (Photo by Shane Snider)

Spencer Cooke had seen a Carolina class ring many times before getting his own. He said the pharmacist in his hometown of Kenansville, Amos Q. “Doc” Brinson Jr. ’73, “wears his most of the time. He loved his time here.”

“I’ll wear my ring most of the time,” said Cooke, a junior. “It’s an electric feel. You can feel the history of the place when you walk around.”

Cooke was among more than 200 students — and more than twice that many family members and friends — who attended the GAA’s Official Class Ring ceremony at the George Watts Hill Alumni Center on Nov. 19. What is now a GAA tradition began in 2008 and is open to students and alumni who have recently purchased rings. (The ceremony aims to make receiving a class ring special, rather than having it just show up in the mail. When the ceremony launched, the official class ring was designed to represent a common bond among alumni.)

“Accept your ring with a sense of electricity,” said historian Freddie Kiger ’74, who spoke to the gathering about the power of a symbol to connect students and alumni to their alma mater.

“Welcome to a lineage that began with Hinton James” of the class of 1798, said Kiger, who also received a master’s degree in teaching from UNC in 1977. “You are on the cusp of endeavors that at this very moment you cannot begin to imagine.”

“The ring is the ultimate outward sign of your success at UNC,” Blouin said, representing the “common bond you share with one another and the ones who have come before you and the ones who will come after.”

Getting a class ring was a family tradition for Alaya Reynolds, a senior; several of her relatives have attended UNC. Reynolds said she will try to wear hers every day.

Getting a class ring was a new experience for senior Darwin Garcia, a native of El Salvador and the first in his family to go to college.

“I’ve never gotten a high school ring or anything,” said Garcia. “UNC was the first university I saw when my family moved to North Carolina. As a first-generation college student, everything was new.” He said that the ring and his soon-to-come diploma signify that he belongs to Carolina and his adopted homeland.

Save the date: The next Official Class Ring ceremony is scheduled for April 8, 2018. Visit alumni.unc.edu/official-class-ring-program for details.