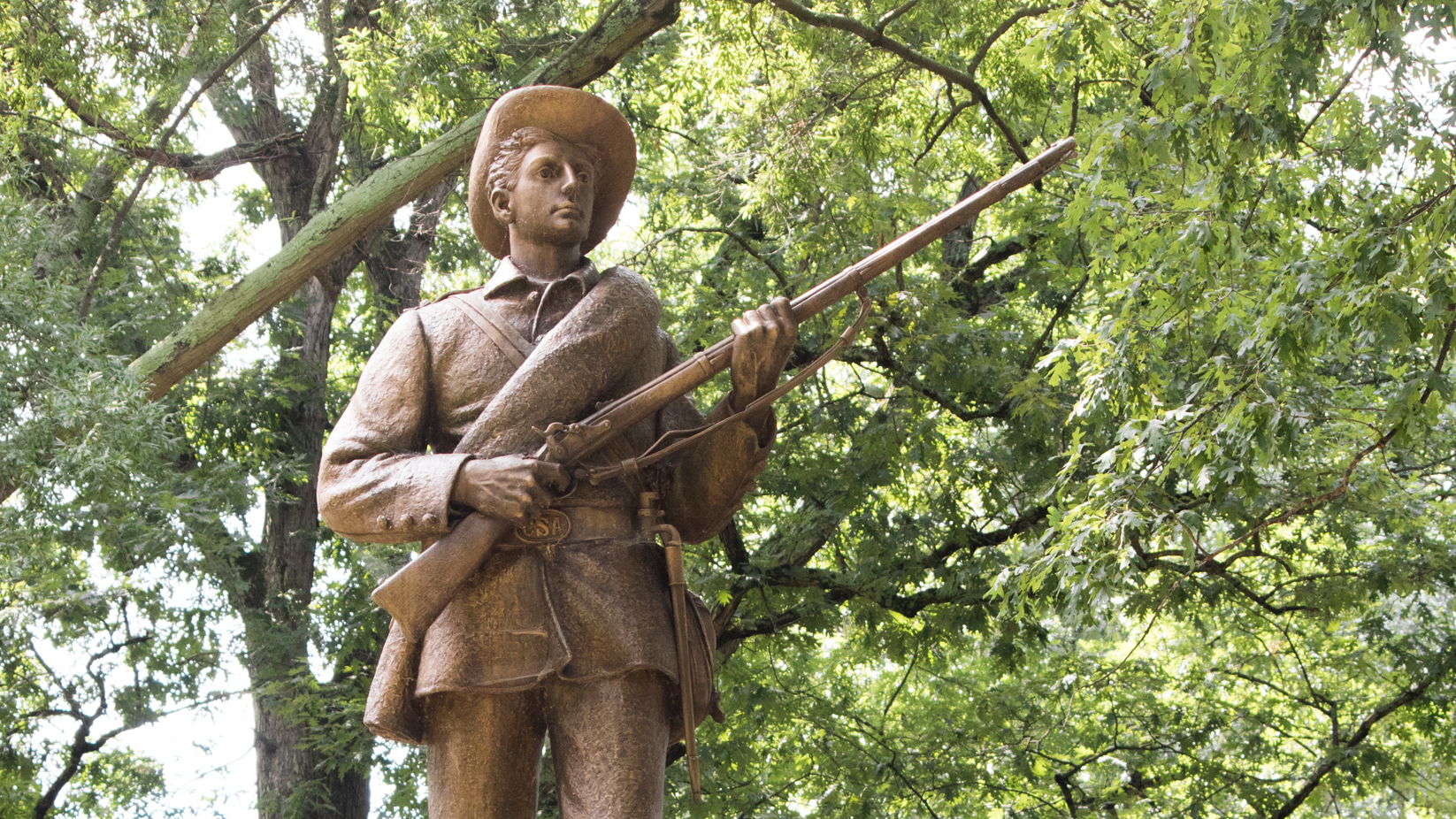 What this means for the ultimate disposition of the Confederate monument was not immediately known. Near the end of the hearing, Allen Baddour Jr. ’93 (’97 JD), Superior Court judge for Orange County, said that question could not be answered during the session. (File photo)

A judge has thrown out the settlement that made $2.5 million of Carolina’s money available to the Sons of Confederate Veterans to relocate the Confederate monument known as Silent Sam.

Allen Baddour Jr. ’93 (’97 JD) further dismissed the Sons of Confederate Veterans’ lawsuit that led to the settlement. Baddour, the resident Superior Court judge for Orange County, said the group had no standing to sue. He added that he believed his action would dissolve the trust through which the money had been paid to the group.

Baddour ordered an accounting of the money; a lawyer for the Sons of Confederate Veterans said $52,000 of it already had been spent.

What this means for the ultimate disposition of the Confederate monument — which was handed over to the Sons of Confederate Veterans in November — was not immediately known. Near the end of the hearing, Baddour said that question could not be answered on Wednesday.

Ripley Rand ’90 (’95 JD), representing the UNC System — with which the Confederate group had entered into the agreement — said he would consult with system administrators and the UNC System Board of Governors. “That’s fine,” Boyd Sturges, the Sons of Confederate Veterans’ lawyer, responded.

The issue of the group’s standing to sue revolved around whether the United Daughters of the Confederacy, from which the Sons of Confederate Veterans ostensibly obtained ownership of the statue last year, ever actually owned it. The United Daughters of the Confederacy initiated the statue’s creation and its erection in 1913 in McCorkle Place on UNC’s front lawn, but according to historical documents, it did not raise more than about one-third of the funds and never held ownership papers. The University, according to the documents, undertook a campaign that raised most of the money.

Eighty-eight alumni, including 14 members of Carolina’s Black Pioneers and some of its most illustrious graduates, filed a court brief in late January that declared the Sons of Confederate Veterans never had ownership and thus no legal standing to negotiate with members of the UNC System Board of Governors the deal that gave the group the statue and the money to maintain it. Their brief, which was discussed in court Wednesday, was based on research by the University’s then-historian.

It said the money was a “misuse of University funds” that “seriously damages the reputation of the University.”

Rand issued a statement that said: “While this was not the result we had hoped for, we respect the Court’s ruling in this case. The Board of Governors knew from the very beginning that this was a difficult but needed solution to meet all their goals to protect public safety of the University community, restore normality to campus, and be compliant with the Monument Law. The Board of Governors will move forward with these three goals at the forefront and will go back to work to find a lasting and lawful solution to the dispute over the monument.”

The Board of Governors likely will factor in a state law enacted in 2015 that prohibits removal of public monuments such as Silent Sam.

Baddour held Wednesday’s session to hear from all parties — the Sons of Confederate Veterans and UNC System lawyers, a lawyer for a civil rights firm that represented five students and a faculty member who had sued to overturn the decision, and another who stood for the alumni who filed the friends of the court brief.

Rand said, “We do not dispute anything that’s in the historian’s affidavit.”

But, he added, a “reasonable interpretation” of the facts is that the United Daughters of the Confederacy made a conditional gift to UNC “depending on the monument standing in perpetuity.”

Elizabeth Haddix ’98 (JD) with the Lawyers’ Committee for Civil Rights said the Sons of Confederate Veterans and the UNC System “can offer no law to support their contention that parties can confer jurisdiction by stipulating two false facts.” New facts emerged, Haddix said, including the research of Cecilia Moore ’13 (PhD) that show that “UDC never owned the monument,” Haddix said. “UNC always owned the monument.” Further, Haddix said, the United Daughters of the Confederacy as constituted in the early 20th century “cannot by law own property … cannot by law enter into contracts.” Haddix also pointed out that a speech at the unveiling of the statue by a United Daughters of the Confederacy representative who said “may it stand forever” was not binding.

Baddour asked Rand to file a response on the question of the disposition of the statue by the end of the day Monday, Feb. 17. At that time, he said, he would either invite others into the hearing or issue a ruling.

Not mentioned in Wednesday’s hearing was $74,999 the UNC System ordered the Chapel Hill campus to pay to the Confederate group in addition to the $2.5 million for the statue’s maintenance. That money was paid to the Sons of Confederate Veterans in return for the group’s agreement that it would not “seek to hold, sanction, sponsor, or otherwise hold a meeting, ceremony, or other group event” on any UNC System campus for a five-year period.