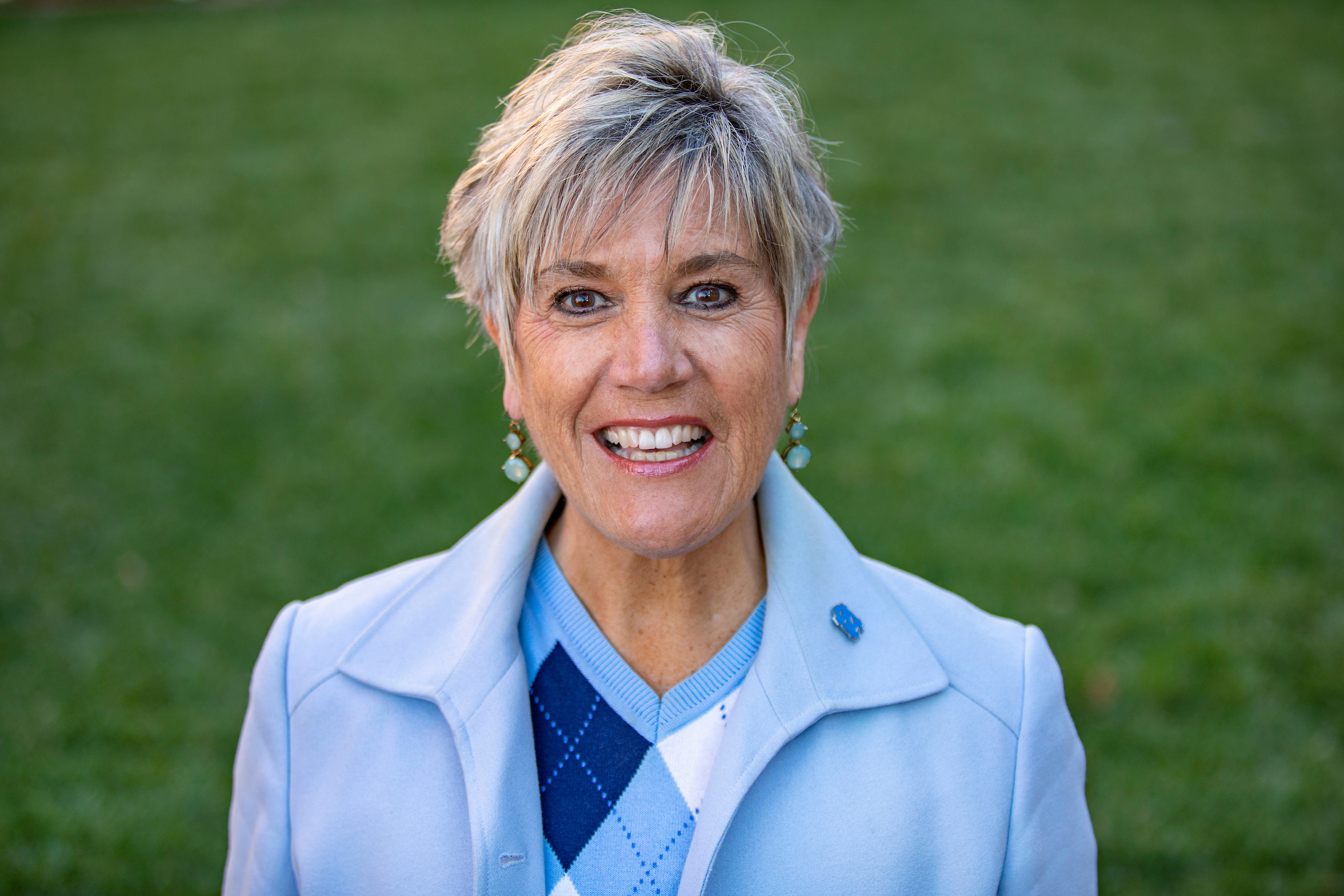 As dean of the College of Arts & Sciences, Terry Rhodes ’78 oversees the largest academic unit at Carolina, with over 17,000 undergraduate students and 2,000 graduate students, and more than 70 academic departments, curricula, programs, centers and institutes. (UNC photo/Johnny Andrews ’97)

Terry Rhodes ’78, dean of UNC’s College of Arts & Sciences, will retire at the end of the academic year after a 34-year career at Carolina.

Rhodes has been dean of the college since March 2020, previously serving as interim dean for a year. Her two-year term as permanent dean will end June 2022, which has been her target retirement date since assuming the interim role in July 2019, Chancellor Kevin Guskiewicz and Executive Vice Chancellor and Provost Robert Blouin said Tuesday in an email to the campus community.

Rhodes oversees the largest academic unit at Carolina, with over 17,000 undergraduate students and 2,000 graduate students, and more than 70 academic departments, curricula, programs, centers and institutes.

The campus message said the search for a new dean would be chaired by Bernadette Gray-Little, Carolina provost emerita, College of Arts & Sciences dean emerita, University of Kansas chancellor emerita and 2009 recipient of the GAA’s Distinguished Service Medal.

Under Rhodes’ leadership, the college is preparing to launch a new general education curriculum, IDEAs in Action, in fall 2022. This new curriculum represents the core requirements that every Carolina student will take regardless of major. It will emphasize experiential learning and essential capacities such as global understanding, quantitative reasoning and creative expression.

Last year, the college played a significant role in launching Carolina Away, an entirely remote learning experience for first-year and transfer students, in response to the COVID-19 pandemic. The program is continuing this semester.

Rhodes oversaw the debut of a new academic department: earth, marine and environmental sciences, created from the merger of the departments of geological sciences and marine sciences and the Institute of Marine Sciences. She also introduced Southern Futures, a collaboration across the University designed to make Carolina a key national and world resource for understanding and imagining the South’s future. The college is partnering with University Libraries and Carolina Performing Arts to gather and share resources, advance cutting-edge scholarship and attract thought leaders and promising new talent.

Other important initiatives launched during her tenure include:

The college’s Arts and Sciences Foundation has raised approximately $200 million since Rhodes started as interim dean in spring 2019. Significant gifts include a $25 million bequest for graduate student funding from an anonymous donor, $8 million for the Program for Public Discourse from Nancy ’74 and Doug Abbey, and a leadership gift from Vicki ’92 and David Craver ’92 to endow the college deanship.

Over more than three decades, Rhodes has championed the value of the arts and humanities to a well-rounded education. She was senior associate dean for fine arts and humanities from 2012 to 2019. In 1987, she joined the faculty and has served the University in a variety of roles, including director of UNC Opera, chair of the department of music and faculty marshal. She is the first faculty member from the fine arts to be named dean of the college since it took its modern-day name in 1935. She has continued to teach and perform, mostly in Italy and other parts of Europe, throughout her Carolina career.

Rhodes served on the GAA Board of Directors as faculty representative in 2012-13.

“Terry has undoubtedly touched hundreds of lives through her teaching and service, and we are enormously grateful for all she has done at Carolina,” Guskiewicz and Blouin said in their message.