Documenting the Passion: Film puts viewers in the middle of Carolina-Duke rivalry 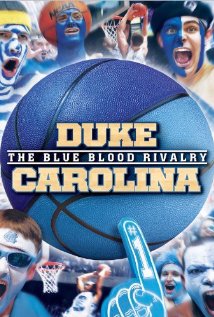 The Carolina-Duke basketball rivalry graduated years ago from a Tobacco Road brawl to an integral part of the national sports scene. The bitter rivalry has spawned a cottage industry of books, videos and gear cashing in on the enmity of the two college teams and their respective fan bases.

A UNC alumnus decided those chronicles too often left those cheering loudest on the sidelines out of the conversation about the very matchup they most deeply care about.

“The networks never told it correctly,” says Hassan Pinto ’94. “We wanted to give the perspective of the people who live it, and work in it, authentically.”

Pinto and director Jason Rem capture the raw emotions and visceral experience of backers for both sides in a documentary on the hardwood highs and heartbreaks. He eschewed the familiar format of narrator, highlight and sound bite. He wanted those closest to the rivalry to drive the narrative.

“With no voiceover, we allow the fans to tell the story,” says Pinto, a former UNC varsity soccer player whose Gfan Films produced Duke-Carolina: The Blue Blood Rivalry. “We have the story told through the perspective of the super fan, the players, the coaches and the unique characters that live on Tobacco Road.”

Nothing unites Tar Heels and Blue Devils fans like their mutual disdain for one another, especially on the basketball court. Nearly 800 fans, alumni and former players representing both schools came from across the U.S. to pack a downtown Los Angeles theater when the film premiered in February. Most in the crowd sported their preferred shade of blue, occasional face paint or decals, and jerseys.

The LA premiere raised $25,000 for the Staples Center Foundation as fans paid from $8 to more than $95 to attend the benefit screening. The higher-priced tickets included the opportunity to mingle with past players, who waxed nostalgic about the rivalry before the show started.

“Some of my best memories are the Duke games,” recalled former UNC and NBA star Mitch Kupchak ’76. The Los Angeles Lakers general manager lost only once to the Devils and inbounded the pass to Walter Davis ’77 for his buzzer-beating bank shot in 1974’s “8 points down with 17 seconds left” improbable comeback win over Duke.

“It’s still a great rivalry,” noted recently retired NBA star Jerry Stackhouse ’97, adding the competitive fire for alumni “burns just as strong as it always has” when it comes to the Duke game.

The documentary is based on a book of the same name (now a series of e-books) by ACC basketball historian Art Chansky ’70. It chronicles the rivalry through several eras as it grew beyond a grudge match into arguably the best rivalry in American sports.

“What makes this different is we filmed the entire film on game day. It’s a reality-hybrid documentary,” says Pinto. Blue Blood was actually filmed on two game days in the 2012 season (one at each school) and transports the viewer to locations on each campus as well as local businesses. The film features plenty of jabs, with the best zingers coming at the 40 Below barbershop in Durham, where current and former players join fans of both schools and dispense one-liners.

The film builds anticipation to tipoff time and features insights and commentary from the likes of coach Roy Williams ’72, then-UNC Chancellor Holden Thorp ’86, Duke coach Mike Krzyzewski, cheerleaders, bartenders and a host of former players and fans commenting on the rivalry and counting down to game time. The tension builds and pulls the viewer into the emotions for folks going to the game or settling in to watch it with friends or even the enemy.

Pinto’s status as a former varsity athlete helped open some doors at UNC, but the production staff was divided equally between both schools to balance the film’s bias and leverage access on both campuses. Pinto’s wife, Meleata Pinto ’95 (who also received an MBA from Duke in 2011) helped produce the film along with a group of other UNC and Duke investors who joined after the project raised crowd-sourced seed money.

Pinto called his Kickstarter campaign a “litmus test” for the project. “When we came back in 45 days with $30,000, I knew we had the support to do everything that we needed to do.” The producer would not disclose the film’s total price tag, but said it was well north of that amount.

“It brought back great memories from being in Chapel Hill,” said Brent Walker ’94, who played soccer with Pinto at UNC and is now co-owner of apparel company SAYiWON’T in nearby Manhattan Beach, Calif. “Other than seeing friends in the film, the bonfire scenes [celebrating big wins] were the fondest memories.”

Robert Graves ’00 (MBA) of Marina del Rey, Calif., was moved as the rivalry video evoked strong memories: “There were a few moments that brought a tear to my eye. If they can pull this off, they were successful in a job well done.”

Rob Maitland ’97 (JD), co-owner of Chapel Hill’s Top of the Hill restaurant, appears in the documentary and flew out to LA for the screening. “It’s bigger than Duke and Carolina. The whole country’s interested in it,” Maitland said of the rivalry. “All it does is get better and better every year; that’s what’s so great about it.”

Beyond the documentary — which is available on DVD and as a digital download — Blue Blood has evolved into a multimedia online business.

There’s the main website, BlueBloodRivalry.com. An interactive e-book series features classic videos, including UNC’s Larry Brown ’63 duking it out with Blue Devil Art Heyman. Blue Blood TV is a partnership with Google Plus. It features 45-minute interviews with former players, and there’s a social media component, compiling feeds from UNC and Duke players past and present.

“It’s a brand that’s all about this rivalry,” says Pinto. “When I invested in the brand, I did it under the auspices this rivalry will be here when I’m dead and gone. … It’s bigger than the players, the fans and the coaches.”