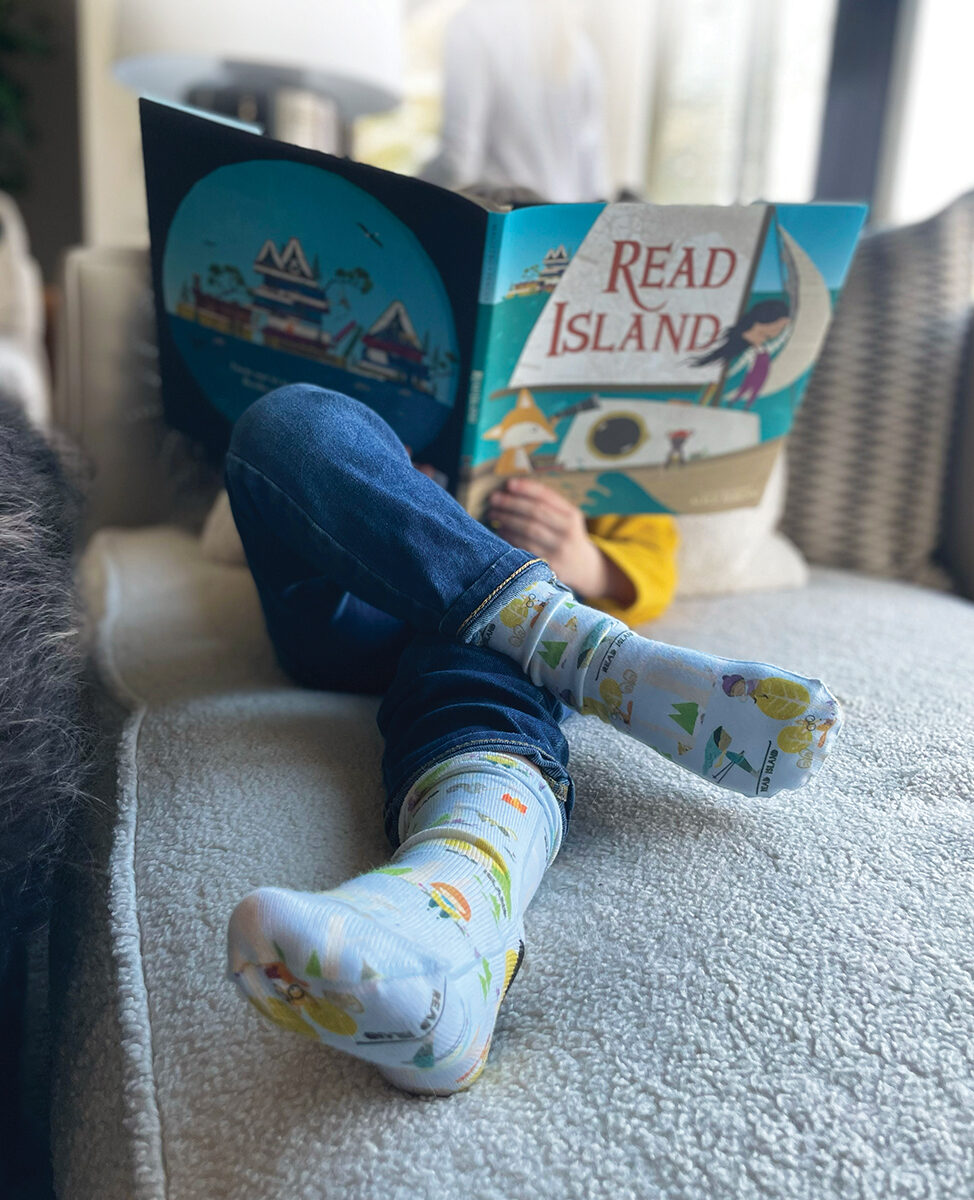 Summer sunshine sparkling on the nearby Blue Ridge Mountains infused Alice Feagan’s childhood hometown of Tryon with an irresistible magic. The interplay of color and texture on White Oak Mountain awakened creativity in the budding artist, whose daily adventures fed her imagination.

Her escapades — and her now more recent hikes and explorations with her young sons — inspired the child heroines in The Collectors, her first book she both wrote and illustrated. In the book, published late last year, a pair of pint-size friends embark on a courageous journey where success depends on teamwork, quick thinking and a shared enthusiasm for science.

The book’s curriculum-friendly themes appeal as much to educators as to young readers, who see their natural inquisitiveness modeled as a desirable trait.

“If it gets more children outside to learn and explore — to have fun — I’ll be very happy,” said Feagan, who enjoys spending time outdoors with her husband, architect Campbell Frey ’05, and their children in the mountains that surround their home in Edwards, Colorado. “It’s nice to see our sons so excited about nature.”

Feagan conjured a different natural environment for Read Island, also published last year. The rhyming tale features her whimsical illustrations of an enchanted island where a young girl and assorted well-read animals are spellbound by storybooks. Written by Nicole Magistro, Feagan’s longtime friend and former owner of their community’s independent bookstore, the self-published book won the 2021 Spark Award for nontraditional publishing from the Society of Children’s Book Writers and Illustrators.

Like Feagan as a young girl, the spirited child in Read Island fearlessly navigates nature while discovering her ability to impact her world. The book’s title derives from a real place; Read Island is part of the Discovery Islands northwest of Vancouver, Canada. The animals in the book are native to the area, including the humpback whale who proudly wears a heart tattoo on one fin that reads “BOOKS.” 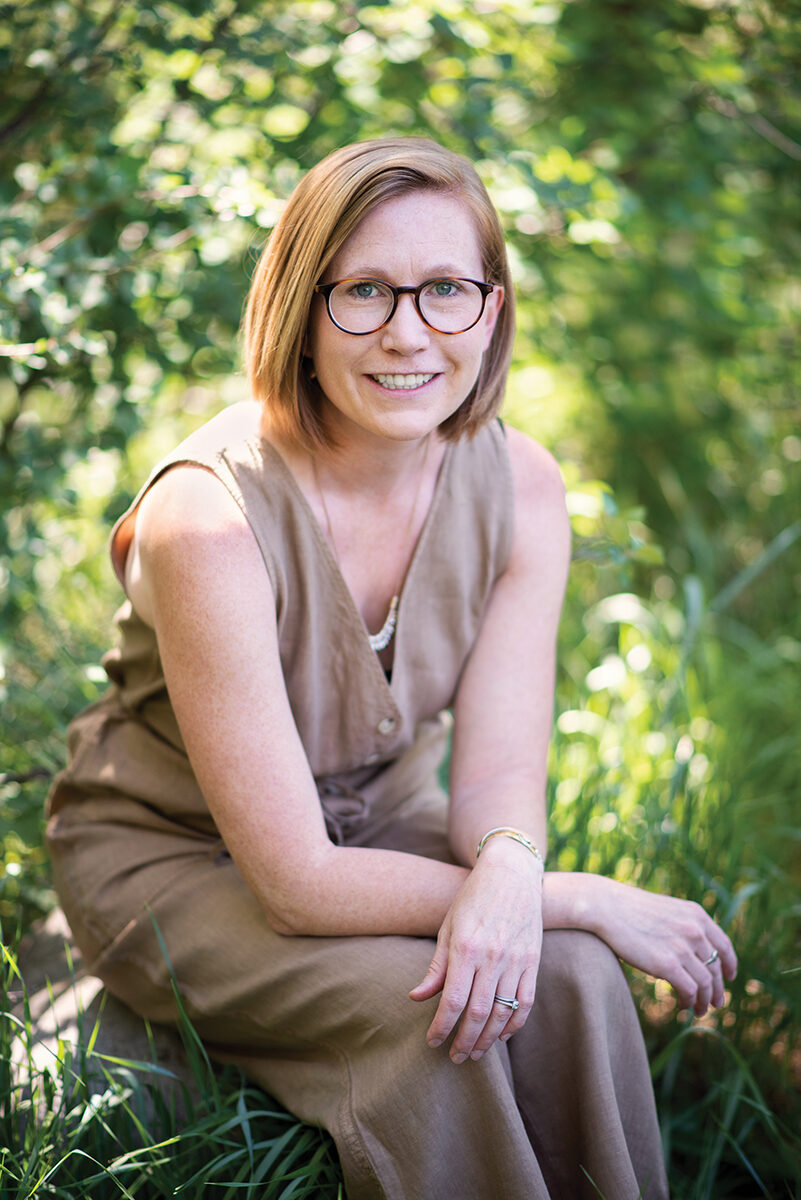 Feagan completed the images that fill the book’s 40 pages in five months, a staggering accomplishment given their minute details. “It was so collaborative, which is not usually the case,” Feagan said, describing the more typical scenario of an author and illustrator having little if any connection.

The energetic illustrations, which show animals and children jubilantly sharing their love of reading, feature an element not previously featured so prominently in Feagan’s portfolio: the written word. Scattered through the book, in swirling streams, rugged mountains and a soaring rainbow, are snippets from more than 20 classic books, musical scores and maps. Text from Alice in Wonderland and The Wizard of Oz wind through the rainbow, for example, and bits of “Jack and the Beanstalk” can be spied in the moon on the final page.

Feagan has been delighted by the details observed by child readers. “One asked me how many books were illustrated within the book,” she said. “It turned out to be more than 800.”

The book has inspired a line of puzzles, playful socks and children’s face masks, note cards and gift wrap. Another book by the duo is in development.

Feagan is also writing and illustrating a picture book based on a true story of a man who moved to Hawaii to become a surfer, only to lose his board in a big wave. The board is found four months later in the Philippines. “That’s 5,000 miles away!” Feagan said. “It made me think: Where did this board go? Who were its owners?”

Feagan’s distinctive style bears little resemblance to the work she produced while pursuing a fine arts degree at Carolina.
Feagan said she is grateful to Dennis Zaborowski, a former UNC art history professor who died in April, who encouraged her to develop fundamental drawing skills, especially the human form. Her early drawings included political cartoons for The Hill, a nonpartisan student publication at Carolina that is no longer published. She also was art program designer for the then-newly opened Kidzu Children’s Museum. 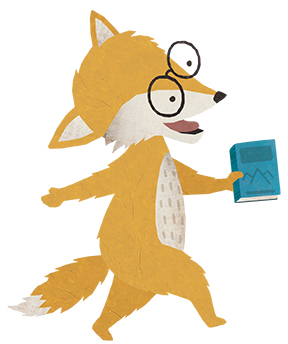 After Carolina, Feagan earned a master’s degree in illustration from the Savannah College of Art and Design. Her style fit naturally in the children’s market, so she soon found her work in publications such as National Geographic Kids and Ranger Rick. Images licensed by Feagan, a self-described producer of “art for children and childlike adults,” are featured on décor available from online purveyors of home accessories.

Feagan also has created art for her alma mater. In 2017, she contributed an illustration to the UNC admissions brochure. The following year, she designed the cover of the Review’s food issue, as well as illustrations for several of the magazine’s articles.

From her new home studio, which has a grand view of the Rocky Mountains, Feagan is content to devote her talents to art and stories intended for a discerning audience of children.

“I want to be very truthful to myself as a child,” Feagan said of her work. “Through words and illustrations, I want to bring a child to a book but also back out to the natural world.”