The annual Phillip and Ruth Hettleman Prizes for Artistic and Scholarly Achievement have been awarded to four faculty members who exemplify groundbreaking and innovative research along with future career promise. This year’s awardees are: Mohit... 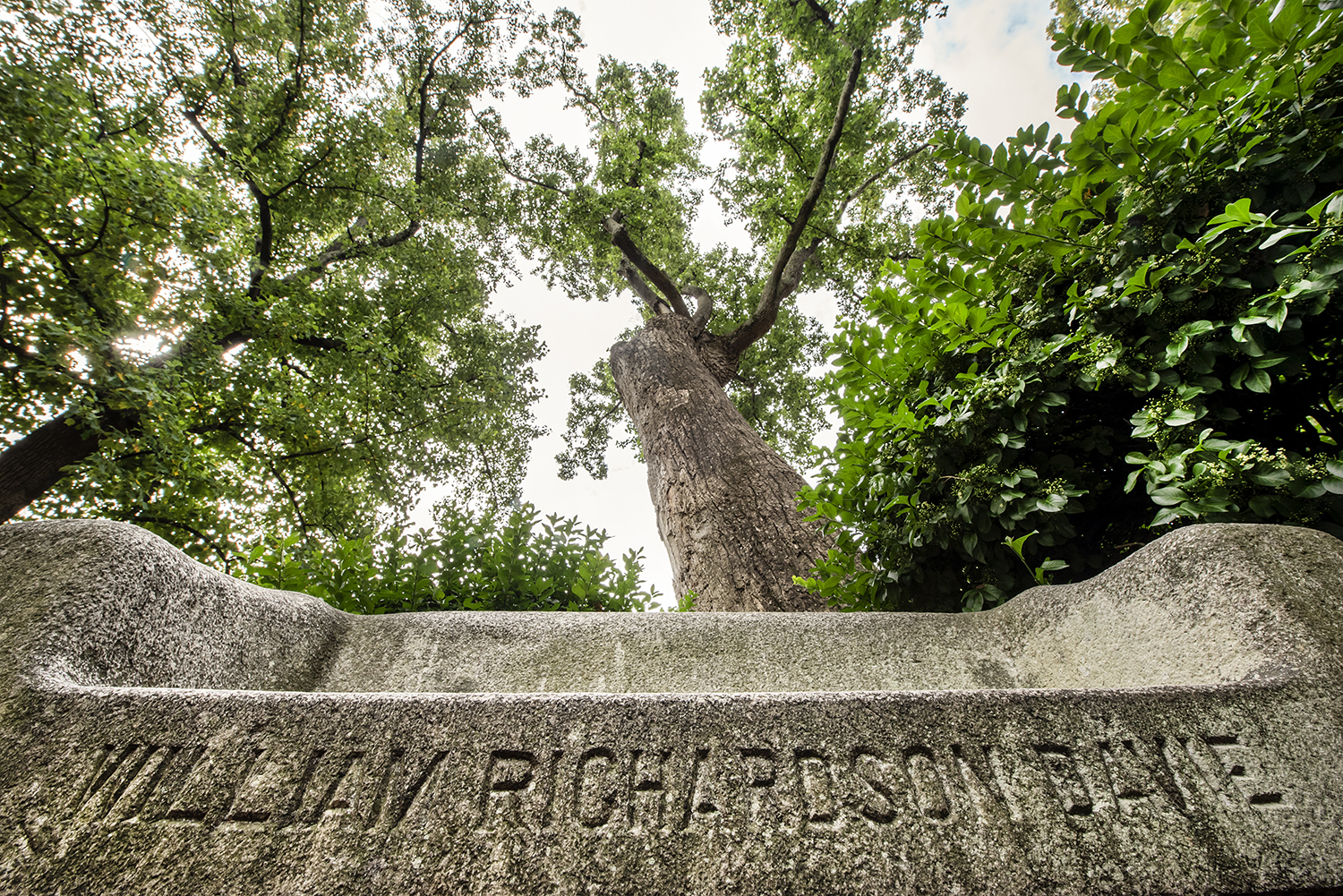 The William Richardson Davie Award, established by the trustees in 1984, is named for the Revolutionary War hero. (UNC photo)

Five alumni have been recognized as this year’s recipients of the annual William Richardson Davie Award, the UNC trustees’ highest honor for service to the University or society.

Clay is an eminent scholar of urban life who was chancellor of the Massachusetts Institute of Technology. A native of Wilmington, he served in Vietnam and later earned a doctorate in city planning at MIT in 1975, joining that institution’s faculty shortly thereafter. Clay is known for his work in housing policy and community development, particularly in the U.S. In a path-breaking 1987 study, he identified factors contributing to a decline in low-income housing and made recommendations that were implemented nationally through the Housing Act of 1990. He was a UNC trustee from 2007 to 2015 and has chaired the board of directors of The Community Builders, the nation’s largest nonprofit developer of affordable housing. He currently is chair of the board of the Federal Reserve Bank of Boston.

Huntley, a native of Melrose, Mass., and a 1953 graduate of Mary Washington College, taught and conducted research for several years as an assistant professor at what is now UNC’s Gillings School of Global Public Health. Her career then took her to Washington, D.C., where she was a division director in the National Institute on Aging. She later retired in Chapel Hill. Huntley was president of the School of Public Health Alumni Association and vice president of the UNC School of Public Health Foundation. She was the author of numerous scientific articles published in professional journals. In 2004, she established an annual visiting professorship in the UNC School of Medicine’s department of family medicine in memory of her husband, Dr. Robert Ross Huntley ’62.

Pardue is chair of The Dacourt Group Inc., a real estate investment company. He was a trustee from 1995 to 2003. He was a director of the UNC Chapel Hill Foundation and has been a director of UNC Chapel Hill Real Estate Holdings since 2012. He also served on the library board from 2006 to 2015. Pardue and his wife, Becky Sharpe Pardue, have contributed to areas across campus, including the College of Arts and Sciences and University libraries. David Pardue was a director for 27 years and chair for three years of the THA Foundation, which provides financial aid to nontraditional-age students planning teaching careers. He was a trustee of Elon University from 1985 until 1999, chairing Elon’s first significant capital campaign.

The Vetters established the Steve and Debbie Vetter Military Families Scholars, a scholarship program in honoring their fathers, both Marine Corps veterans with more than 20 years of service each, and the sacrifice military families make in serving the U.S. The Vetters committed $20 million to establish the program, which provides scholarship funding for Carolina Covenant students from military families. The commitment also launched the Red, White and Carolina Blue Challenge, with the Vetters challenging all Tar Heels to create their own scholarships and raise an additional $20 million to support dependents of military families. Steve Vetter is chair of the executive committee of the Rams Club and serves on the Kenan-Flagler Business School’s board of advisers. Debbie Vetter is a member of the Chancellor’s Philanthropic Council.

Established by the trustees in 1984, the Davie Award is named for the Revolutionary War hero who introduced and won passage of a 1789 bill in the N.C. General Assembly to charter the University.