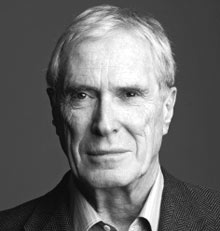 The New York Times called Strand an American luminary whose “poems resonate with a shimmering sense of the infinite that befits his stature.”

The program will be at 7:30 p.m. in the auditorium on the first floor of Carroll Hall, off Cameron Avenue behind Memorial Hall.

The performance will be followed by a panel discussion on the intersections and parallels of poetry and music. Strand, Friedman and UNC music Professor Allen Anderson will be on the panel.

Strand will be this year’s Morgan Writer-in-Residence at UNC. His visit is sponsored by the Morgan Program and the department of English and comparative literature in the College of Arts and Sciences.

“Strand’s poetry is known for a clarity reminiscent of the paintings of Edward Hopper, for a deeply inward sense of language, and for a humor that is at once side-splitting and disquieting,” said Alan Shapiro, a poet and William R. Kenan Jr. Distinguished Professor of English and creative writing at UNC. “Many of his poems aspire to the condition of dreams, shot through with images possessing a strangely haunting vividness.”

Strand is the author of numerous collections of poetry, including Blizzard of One (1998), which won the Pulitzer Prize. He also has published two books of prose, several volumes of translation (of works by Rafael Alberti and Carlos Drummond de Andrade), several monographs on contemporary artists and three books for children.

Strand’s work has won other honors including a National Institute of Arts and Letters Award and the Edgar Allan Poe Prize from The Academy of American Poets. He teaches English and comparative literature at Columbia University in New York.