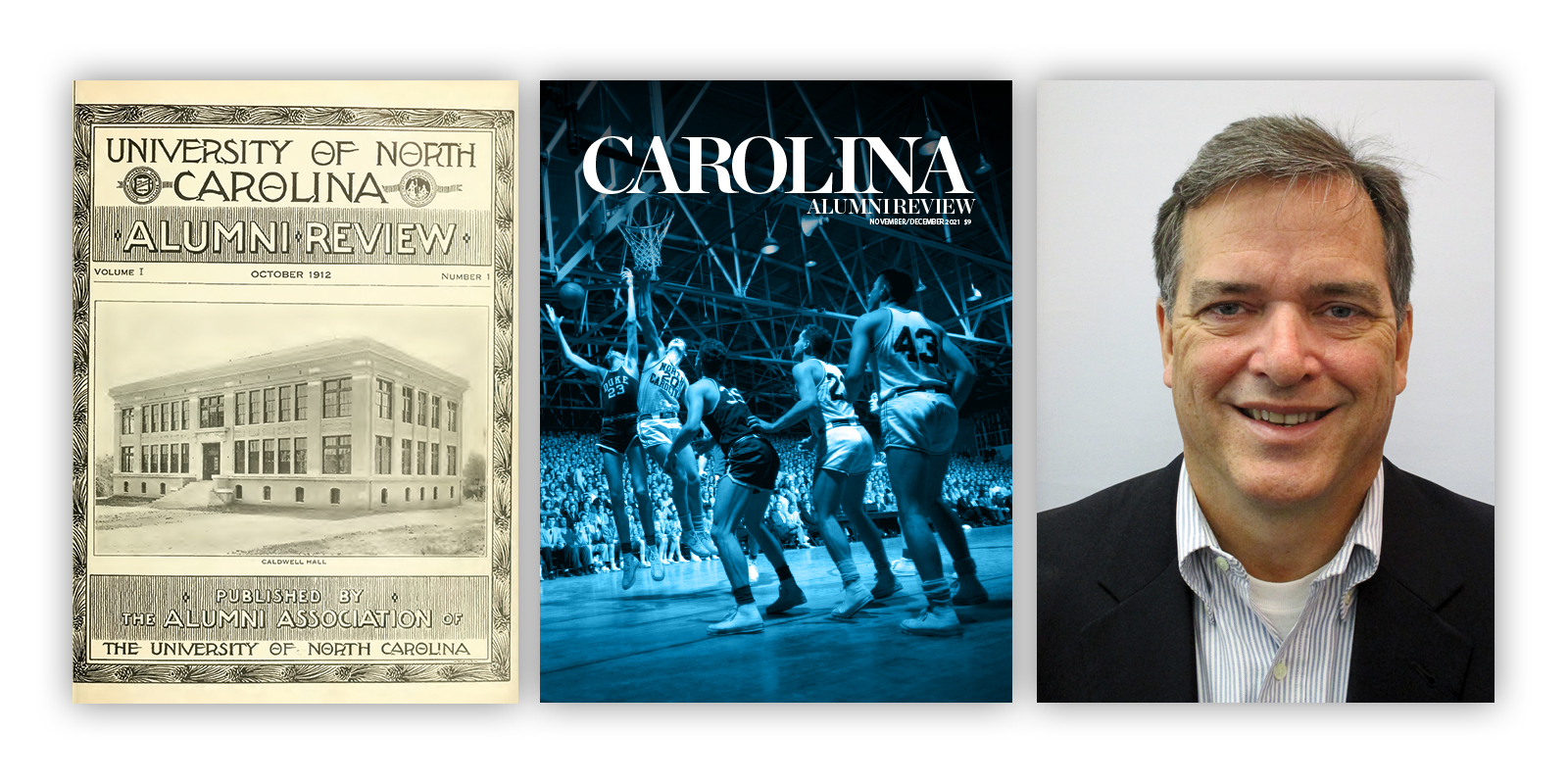 Allan Holmes ’83 will oversee the Carolina Alumni Review, which started publishing in 1912, and be GAA director of communications.

Allan Holmes ’83 has been appointed editor of the Carolina Alumni Review and director of communications for the General Alumni Association.

Holmes, who starts Nov. 15, will lead the GAA’s communications department, which has responsibility for the nearly 110-year-old bimonthly, award-winning Review; the GAA website, alumni.unc.edu; the monthly e-newsletter Out of the Blue and other digital communications; marketing; social media; and the communications strategy for the association.

Holmes comes to the GAA from WJLA-TV, the ABC affiliate in Washington, D.C., where he was managing director of the Government Matters show. Previously, he was lead editor and senior reporter for the inequality team at the Center for Public Integrity, a Pulitzer Prize-winning, investigative nonprofit news organization in Washington.

“The Carolina Alumni Review reminds all of us how the University has shaped who we are and why it remains such an important part of our lives.”
Allan Holmes ’83

For most of his journalism career, Holmes has covered business and government, including managing investigative projects uncovering systemic inequality in housing, immigration, workers’ rights, the tax code, and internet access and regulation. He was project editor for the Center for Public Integrity’s award-winning podcast The Heist, a five-part series that examined the passage and economic effects of the 2017 Tax Cuts and Jobs Act.

Holmes also was technology team leader at Bloomberg Government, where he assembled a team of reporters and analysts to cover federal technology policy and regulations. His articles and projects have appeared in The New York Times, NBC.com, Mother Jones, Time and USA Today. He started his journalism career as finance reporter with the Triangle Business Journal.

Holmes, who grew up in Sewanee, Tenn., received a bachelor’s degree in journalism from what is now UNC’s Hussman School of Journalism and Media, and in 1993, he received a master’s degree in public policy from Duke University.

“I am delighted that a passionate Carolina alumnus and award-winning journalist is returning to his alma mater to lead our award-winning communications,” said GAA President Doug Dibbert ’70.

“I am thrilled and honored to be named the next editor of the Review, especially at this historic time in the University’s history,” Holmes said. “I look forward to working with the GAA’s talented editorial and administrative staff, who have made the magazine one of the top alumni journals in the country. I look forward to telling the stories of the accomplishments of alumni and students and informing them of the latest news coming out of the University.”

After a national search by the GAA, Holmes succeeds Regina Oliver ’75, who retired in July after nearly 27 years in the position. Under her leadership, the magazine earned regional and national awards for its writing, design and photography, and received 65 awards from the Council for Advancement and Support of Education.

“I look forward to building on the successes of previous editors, adding platforms to tell the stories of alumni, faculty and students in different and engaging ways,” Holmes said. “But in the end, the Carolina Alumni Review reminds all of us how the University has shaped who we are and why it remains such an important part of our lives.”