At a yet-to-be rescheduled Annual Alumni Luncheon, Jill Silverstein Gammon ’70 of Raleigh will be installed as chair of the GAA Board of Directors, succeeding Rich Leonard ’71 of Raleigh. Dana Simpson ’96 of Raleigh...

UNC General Alumni Association members have begun casting votes for candidates for the association’s Board of Directors. All GAA members as of Jan. 1, 2020, are eligible and encouraged to vote in each race, including...

Rich Leonard ’71 of Raleigh was installed as chair of the GAA Board of Directors at the Annual Alumni Luncheon on Saturday, succeeding L. Ferguson “Ferg” Norton ’61 of Wilmington. Jill Silverstein Gammon ’70 of Raleigh is chair-elect. 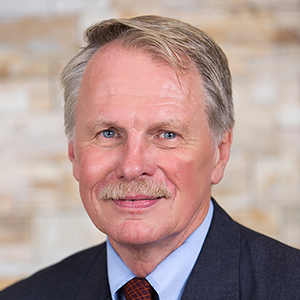 Leonard was chosen chair-elect in 2018 after serving on the board as a North Carolina district representative (2015-18). He is dean of Campbell Law School and former chief judge for the U.S. Bankruptcy Court for the Eastern District of North Carolina. He attended UNC as a Morehead Scholar and was president of the Carolina Union, a member of Phi Beta Kappa and Order of the Golden Fleece and a Richardson Fellow. He received the John J. Parker Medal for Outstanding Leadership, the Howard Odom Award for Outstanding Sociology Major and the Frank Porter Graham Award. He received a master’s degree in educational counseling from UNC in 1973 and has served as an adjunct faculty member at the UNC School of Law. 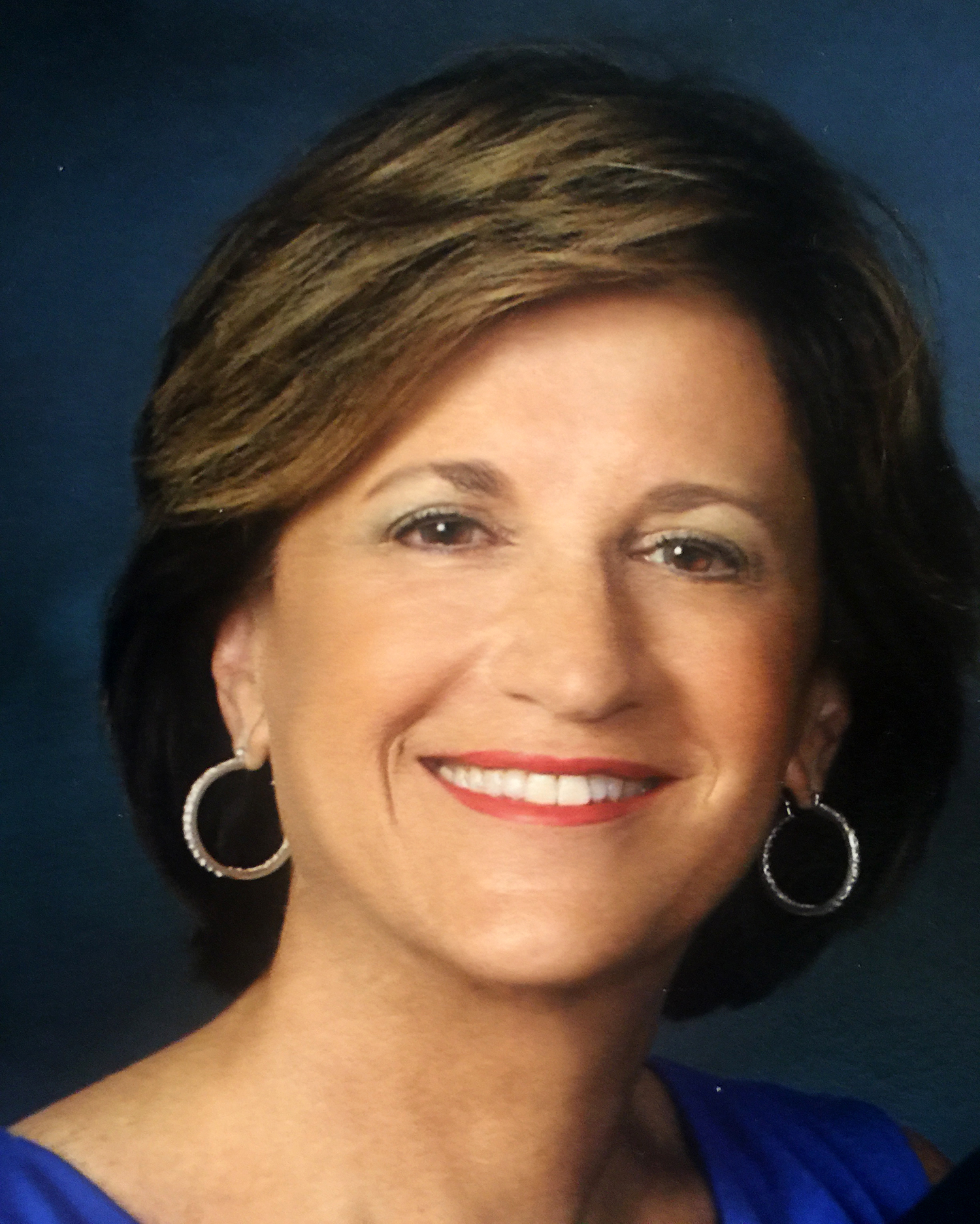 Gammon, who received a master’s degree in social work from UNC in 1972, is a retired certified integrative health coach; prior to that position, she was a capacity-building consultant to nonprofits. She has served on the board as first vice chair (2016-17), N.C. district representative (2013-16) and chair of the Activities Committee (2015-16). At UNC, she received a National Institute of Mental Health graduate fellowship, was a student representative on the School of Social Work’s dean selection committee, was appointed a student representative on the school’s governance committee and was a member of Kappa Kappa Gamma fraternity. She also has served as vice chair of the board of advisers for the school.

Elections decided by GAA members and board appointments also were announced at the luncheon. 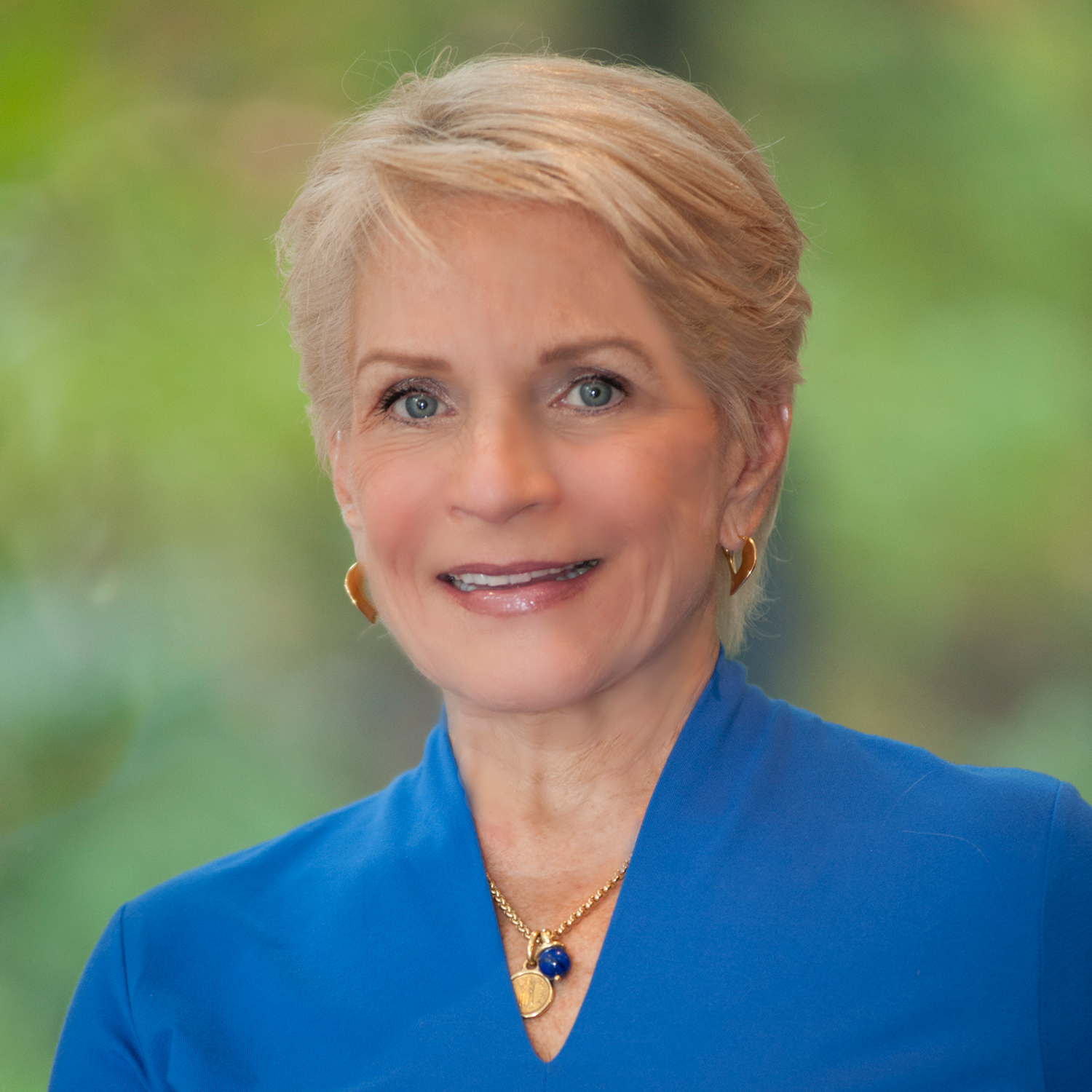 Butler, a retired supervisor in pharmaceutical product development medical communications, previously served on the board as an N.C. district representative (2016-19), including as chair of the Programs Committee, and pharmacy alumni representative (1992-93). She is a board member of UNC’s Eshelman School of Pharmacy Foundation and the UNC Friends of the Library. As a student at UNC, she was class secretary of the pharmacy school and secretary for the pharmacy student body and received the Student Body Award. She also was a member of Kappa Epsilon and Phi Mu fraternities. She is a past president of the pharmacy school alumni association and a member of the N.C. Phar­macy Association and the board and executive committee for the N.C. Pharmacy Foundation. She received the pharmacy school’s Burrus Award for community service. 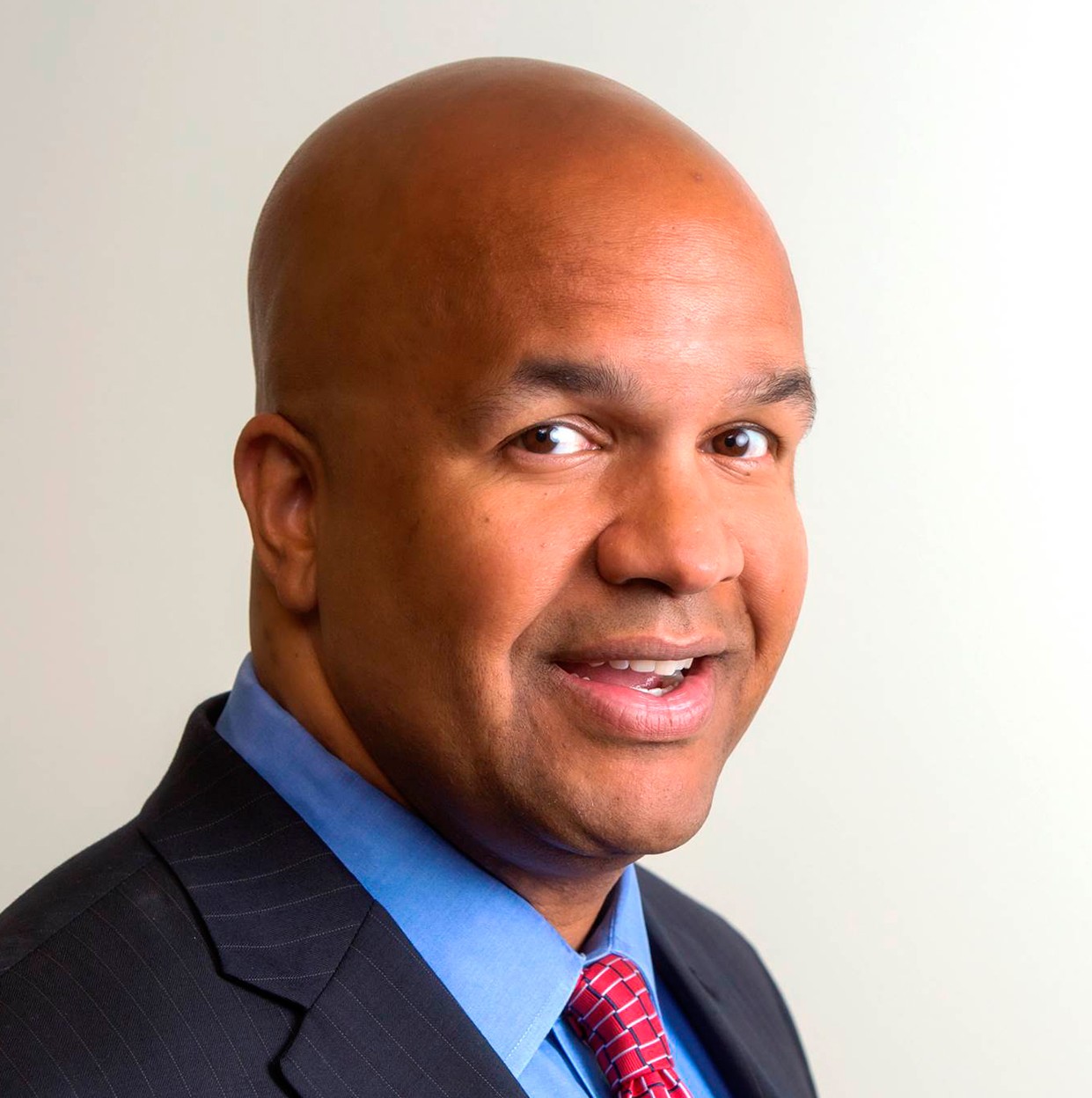 Parent,who received a law degree from UNC in 1998, is senior neutral with Miles Mediation & Arbitration. He previously served on the board as an out-of-state representative (2016-19), including as chair of the Outreach Committee. As a student at UNC, he was a National Merit Scholar, Chancellor’s Scholar, Honors Program participant and justice on the Honor Court. He belonged to Alpha Phi Omega fraternity, Phi Delta Phi legal fraternity and Student TV, and he was president of his first-year law school class. He has served as a Cub Scouts den leader and youth basketball coach and was on the governing board of the Atlanta Neighborhood Charter School, where he also coaches soccer. He is a three-time Mediator of the Year in Georgia. 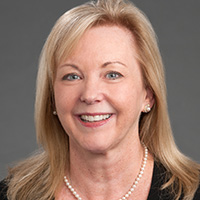 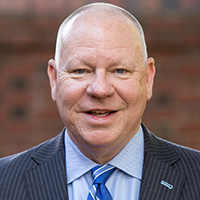 Lowry Caudill ’79 of Durham to the district for Durham, Granville, Person, Vance and Warren counties. Caudill is co-founder of Magellan Laboratories and an adjunct professor of chemistry at UNC. He is a member and former chair of the UNC Board of Trustees, co-chair of the Campaign for Carolina and a member of the chemistry department’s external advisory board. He serves on the UNC Lineberger Comprehensive Cancer Center board of visitor and the advisory working group for the Shuford Program in Entrepreneurship in UNC’s College of Arts and Sciences and co-chairs Shuford’s fundraising campaign. Among his previous service, he was former chair of the Educational Foundation (Rams Club) executive board, member of the Carolina First Campaign steering committee, and member and chair of the private fundraising steering committee for UNC’s physical science complex. He has received UNC’s Distinguished Alumnus Award and the GAA’s Distinguished Service Medal. 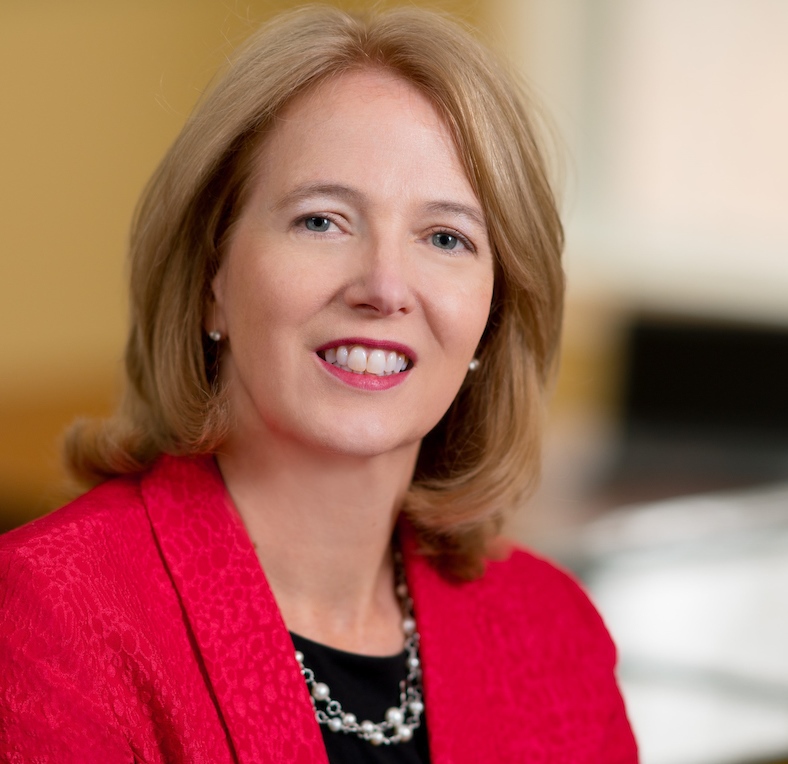 Paula Brown Stafford ’86 of Chapel Hill to the district for Caswell, Orange and Rockingham counties. Brown Stafford, who received a master’s degree in public health from UNC in 1992, is president and COO of Novan Inc., a clinical-stage biotechnology company, and an adjunct professor in public health leadership at the UNC Gillings School of Global Public Health. She is co-author of Remember Who YOU Are: Achieve Success. Create Balance. Experience Fulfillment. She is a former chair of the Public Health Foundation of the school and has received UNC’s Distinguished Alumnus Award. As a student, she was a member of the Loreleis, Order of the Bell Tower and Order of the Old Well. 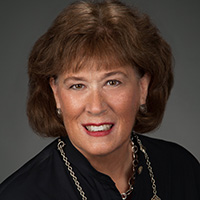 Beverly Holland “Holly” Pritchard ’73 of Atlanta to the district for Alabama, Arkansas, Georgia, Louisiana and Mississippi. Pritchard is a retired deputy general counsel with Exide Technologies, an international manufacturing company, and former adjunct professor at Georgia State University College of Law. As a student at UNC, she was a member of Order of the Valkyries and Order of the Old Well, on the staff of the Student Attorney General’s Office and rush chair for Kappa Kappa Gamma sorority. She has been a member of the State Bar of Georgia Formal Advisory Opinion Board and co-chair of its Court Futures Committee, member of the board of directors and executive committee of the Ansley Park Civic Association, member of the Peachtree Road United Methodist Church Commission on Education and an adult and children’s education teacher. She serves on the Fulton County Juvenile Court citizen review panel. 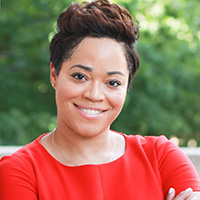 Whitney Frye ’07 of Colorado Springs, Colo., to the district for Arizona, Colorado, Idaho, Iowa, Kansas, Michigan, Montana, Nebraska, North Dakota, South Dakota, Texas, Utah and Wyoming. Frye is director of USA Basketball’s SafeSport program. As a student at UNC, she was a varsity cheerleader, senior marshal, co-founder of Carolina United and artistic director of the Black Student Movement’s Opeyo! dance company. She has received the Special Person Award from the N.C. High School Athletic Association, the Bridge Builder Award from the National Association of Negro Business and Professional Women’s Clubs, and the “40 under 40” award from N.C. Central University. She is a member of the innovation councils of Innovate NC and Innovate Greensboro, and the sports and entertainment section council of the N.C. Bar Association. 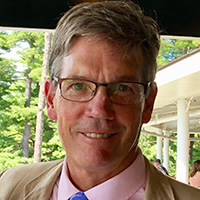 David B. Kirk ’79 of Park Ridge, Ill., to the district for Florida, Illinois, Minnesota and Wisconsin. Kirk, who received a master’s degree in communication from UNC in 1981, is founder and executive director of Kirk Media Enterprises, an independent sales representative and consultant. He is the former executive director of Time Inc., national sales director for Caesars Entertain­ment and vice president of business development for Pace Communications. As a student at UNC, he was a varsity baseball player, a reporter for The Daily Tar Heel and member of Beta Theta Pi fraternity. He is secretary of the UNC School of Media and Journalism board of advisers. 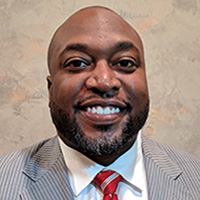 Alge Crumpler ’00 of Suwanee, Ga. Crumpler is retired from Fox Sports Southeast ACC Gridiron Live and the National Football League, where he played 10 seasons as a tight end for the Atlanta Falcons, Tennessee Titans and New England Patriots and in the Pro Bowl four times.As a student at UNC, he played on the football team 1996-2000, was named All ACC for 1997, 1999 and 2000, and served as captain. He also was a member of the track and field team. He is a member of the board of advisers for the Educational Foundation (Rams Club) and participates in the Legends Community Atlanta Falcons, a community outreach and charitable organization. He has been named to the Boys and Girls Clubs of America Alumni Hall of Fame and to the Greater Wilmington Sports Hall of Fame and as the Georgia Association of Broadcasters’ Best Morning Show Personality for WQXI’s The Locker Room. 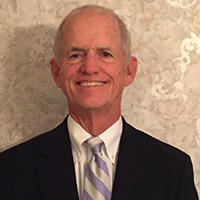 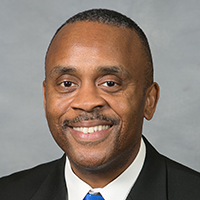 Robert Tyrone Reives II ’92 of Sanford. Reives, who received a law degree from UNC in 1995, is a partner and certified mediator in the law firm Wilson, Reives & Silverman in Sanford. He was appointed in 2014 to the N.C. House of Representatives and is serving his third elected term. He has been co-chair of the Freshman Caucus and treasurer of the N.C. Legislative Black Caucus. He is deputy Democratic leader of the House, and his committee assignments include Agriculture, Appropriations, Appropriations for Justice and Public Safety, Education-Community Colleges, School Safety, Judiciary, Judiciary Subcommittee on Criminal Matters, Redistricting, and Rules, Calendar and Operations. Before entering private practice, he was a prosecutor with the Lee County District Attorney’s Office. 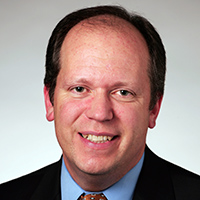 Ted Zoller ’10 (PhD) of Chapel Hill as the board faculty representative. Zoller, the T.W. Lewis Clinical Professor of strategy and entrepreneurship, is director of the Entrepreneurship Center at UNC Kenan-Flagler Business School. His research focuses on the role and structure of entrepreneurial networks and the interrelationships with investor syndicates. He is an adviser to the Blackstone Charitable Foundation and works with it to scale the Blackstone Entrepreneurs Network, an entrepreneurship networking project based on his research. His teaching focuses on new enterprise development, business models and early-stage venturing with a focus on developing entrepreneurial leaders and teams. He is the founding instructor of Launching the Venture, which has increased the number of companies to spin off from UNC to lead national benchmarks; oversees Launch Chapel Hill, a new-venture lab that supports UNC teams that are moving to the marketplace; and is a senior adviser to the Frank Hawkins Kenan Institute of Private Enterprise. He serves as the primary liaison for Kenan-Flagler to the Research Triangle entrepreneurial community.