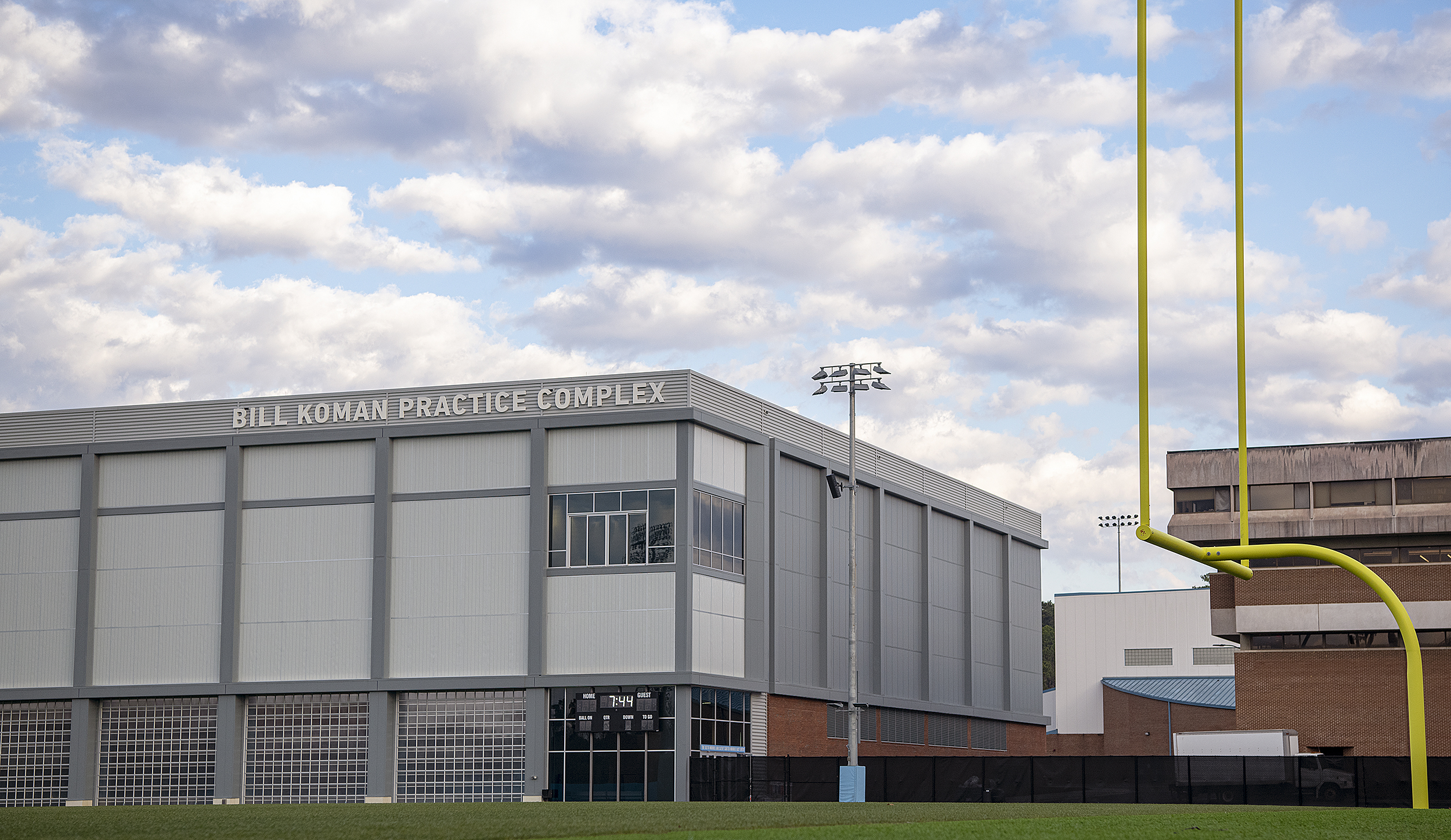 The new gift creates the Bill Koman Game Plan for Success, which aims to provide training and support for Carolina football players throughout their time at Carolina and into their post-graduate lives. (Grant Halverson ’93)

The indoor football practice building and adjacent outdoor fields and a new support program for football players will bear the name of William J. Koman Sr. ’56, courtesy of the largest gift ever to the Rams Club.

Jim Koman ’86 and his wife, Jennifer, of St. Louis made a $15 million gift to honor Koman’s father, who played football for Carolina and in the NFL.

It’s actually a second-generation gift: In 2011, Bill and Joan Koman gave UNC $1 million. The walkway between Fetzer Gym and Bowman Gray Pool is named Koman Way in their honor.

The new gift creates the Bill Koman Game Plan for Success, which aims to provide training and support for Carolina football players throughout their time at Carolina and into their postgraduate lives. Programming will center on preparing them for their college career and beyond through academic assessment, study and learning skills preparation, leadership development, community involvement and career opportunities.

The Bill Koman Practice Complex, opened in 2018, has a 120-yard synthetic turf field and spaces for strength-and-conditioning training and sports medicine. Two 120-yard outdoor fields — one synthetic turf and the other natural grass — are adjacent to the indoor facility. The practice home for football also is used by other teams and by intramural athletes.

Jim Koman is CEO and founder of ElmTree Funds LLC, a national private equity real estate company. Like his father, Koman was a Carolina football player. The Komans are active in many projects, especially those that affect children and youth development. Jim Koman is president of Cardinal Glennon Children’s Hospital in St. Louis and is an adviser to elementary and high school boards in the St. Louis area.

After his football career, he founded The Koman Group, a commercial and residential property development company with projects across the St. Louis metropolitan area and throughout the Midwest. Along with his wife, Joan, he gave generously to Carolina during his lifetime, most prominently to sports medicine research and a fund that pays undergraduate students participating in summer internships.