Researchers at UNC’s Adams School of Dentistry have launched a clinical trial to test whether mouthwash can reduce a person’s risk of spreading coronavirus. Lab experiments have shown mouthwash can kill coronaviruses quickly, but there’s...

Scientists at UNC’s School of Medicine and its Gillings School of Global Public Health have found that an orally administered experimental drug is highly effective at preventing COVID-19 infections. They found that the drug —... 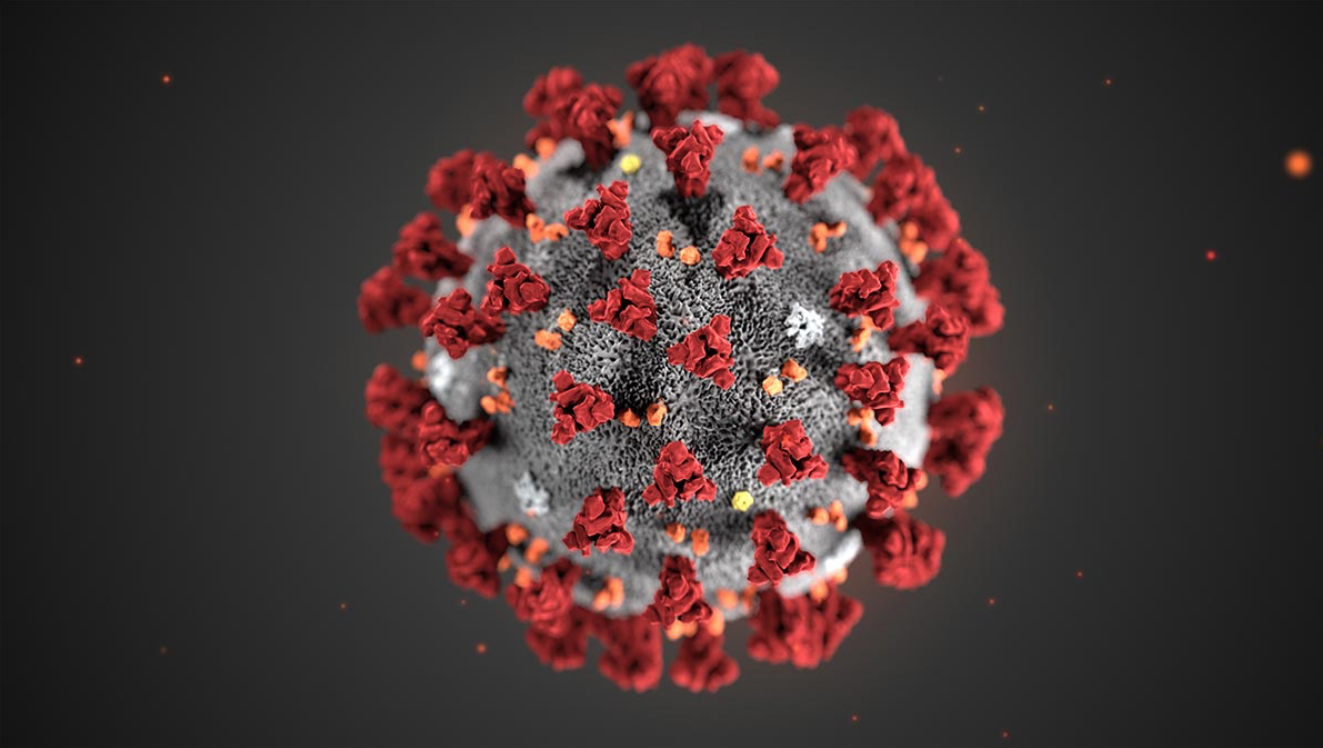 The study, published in the journal Science, provides some of the first concrete findings about how SARS-CoV-2 is evolving. (Illustration by CDC/Alissa Eckert, MS; Dan Higgins, MAM)

A new study published in the journal Science confirms that SARS-CoV-2 has mutated in a way that’s enabled it to spread quickly around the world, but the spike mutation also may make the virus more susceptible to a vaccine.

The new strain of coronavirus, called D614G, emerged in Europe and has become the most common in the world. Research at Carolina and the University of Wisconsin-Madison shows the D614G strain replicates faster and is more transmissible than the virus, originating in China, that spread in the beginning of the pandemic.

There were bright spots in the study findings: While the D614G strain spreads faster, in animal studies it was not associated with more severe disease, and the strain is slightly more sensitive to neutralization by antibody drugs.

The study published on Nov. 12 provides some of the first concrete findings about how SARS-CoV-2 is evolving.

“The D614G virus outcompetes and outgrows the ancestral strain by about 10-fold and replicates extremely efficiently in primary nasal epithelial cells, which are a potentially important site for person-to-person transmission,” said Ralph Baric, Kenan Distinguished Professor of epidemiology at UNC’s Gillings School of Global Public Health and professor of microbiology and immunology at the School of Medicine.

Baric has studied coronaviruses for more than three decades and was integral in the development of remdesivir, the first FDA-approved treatment for COVID-19.

Researchers believe the D614G strain of coronavirus dominates because it increases the spike protein’s ability to open cells for the virus to enter. These crown-like spikes give the coronavirus its name.

The D614G mutation causes a flap on the tip of one spike to pop open, allowing the virus to infect cells more efficiently but also creating a pathway to the virus’s vulnerable core.

With one flap open, it’s easier for antibodies — like the ones in the vaccines currently being tested — to infiltrate and disable the virus.

For the recent study, Baric Lab researchers — including first author Yixuan J. Hou — worked in collaboration with Yoshihiro Kawaoka and Peter Halfmann, both virologists on faculty at the University of Wisconsin-Madison.

“The original spike protein had a ‘D’ at this position, and it was replaced by a ‘G,’ ” Kawaoka said. “Several papers had already described that this mutation makes the protein more functional and more efficient at getting into cells.”

That earlier work, however, relied on a pseudotyped virus that included the receptor-binding protein but was not authentic. Using reverse genetics, Baric’s team replicated a matched pair of mutant SARS-CoV-2 viruses that encoded D or G at position 614 and compared basic property analysis using cell lines, primary human respiratory cells, and mouse and hamster cells.

Kawaoka and Halfmann contributed their unique coronavirus study model, which uses hamsters. The University of Wisconsin-Madison team — including Shiho Chiba, who ran the hamster experiments — performed replication and airborne transmission studies with both the original virus and the mutated version created by Baric and Hou.

They found that the mutated virus not only replicates about 10 times faster — it’s also much more infectious.

Researchers began looking for replication of the virus in the uninfected animals on day two. Both viruses passed between animals via airborne transmission, but the timing was different.

With the mutant virus, the researchers saw transmission to six out of eight hamsters within two days and to all the hamsters by day four. With the original virus, they saw no transmission on day two, though all of the exposed animals were infected by day four.

“We saw that the mutant virus transmits better airborne than the [original] virus, which may explain why this virus dominated in humans,” Kawaoka said.

The researchers also examined the pathology of the two coronavirus strains. Once hamsters were infected, they presented essentially the same viral load and symptoms. (The hamsters with the mutated strain lost slightly more weight while sick.) This suggests that while the mutant virus is much better at infecting hosts, it doesn’t cause significantly worse illness.

Researchers caution that the pathology results may not hold true in human studies.

“SARS-CoV-2 is an entirely new human pathogen, and its evolution in human populations is hard to predict,” Baric said. “New variants are continually emerging, like the recently discovered mink SARS-CoV-2 cluster 5 variant in Denmark that also encodes D614G.

“To maximally protect public health, we must continue to track and understand the consequences of these new mutations on disease severity, transmission, host range and vulnerability to vaccine-induced immunity.”