“This year’s inductees into the North Carolina Sports Hall of Fame represent an array of athletic talent that would make any state proud,” said Nat Walker, president of the hall. “Their achievements enrich an already outstanding sports heritage represented by the 260 Hall of Fame members previously enshrined.” 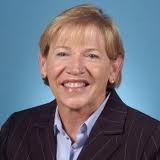 Hatchell, a native of Gastonia, has coached the Carolina women’s basketball team since 1986, leading the team to the 1994 NCAA championship. As coach of the Francis Marion College women’s team, she also won national championships in the National Association of Intercollegiate Athletics conference and under the Association for Intercollegiate Athletics for Women, which beginning in the early 1970s administered national championships in women’s athletics for about a decade. Hatchell’s Tar Heels have won eight ACC titles, and she recently became the fourth coach in NCAA history to win 800 career games. She was named national coach of the year in 1994 and inducted into the Women’s Basketball Hall of Fame in 2004.

Swofford, a native of North Wilkesboro, is only the fourth commissioner in the history of the ACC, a post he has held for 13 years. Previously he was athletics director at UNC, where he was a Morehead Scholar and played quarterback and defensive back for the Tar Heels from 1969 to 1971. During his stint as athletics director, Swofford presided over tremendous growth in the school’s athletics department, including the financing and construction of the Dean E. Smith Center. Under his leadership the ACC also has grown, expanding to 12.

Besides Hatchell and Swofford, new inductees are Willie Burden of Statesboro, Ga., a star running back for the N.C. State Wolfpack and ACC Player of the Year in 1973 who went on to star in the Canadian Football League; Jerry Moore of Boone, Appalachian State University football coach; Dave Odom of Columbia, S.C., former head basketball coach at East Carolina University, Wake Forest University and the University of South Carolina; and Roger Watson of Myrtle Beach, S.C., Carolinas PGA Hall of Fame golfer.

They were enshrined at the 46th annual induction banquet in the main ballroom of the North Raleigh Hilton Hotel.