Heels Fight Until Last Out, End Season With 4-1 Loss To UCLA in CWS

Very little went right for North Carolina Friday night in the College World Series against UCLA, but that didn’t stop the Tar Heels from fighting until the end of the game that became the end of their season. 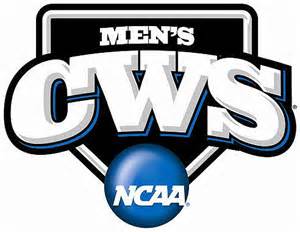 UCLA got good pitching and a few breaks to defeat Carolina 4-1.

The Tar Heels, who had the best start in the history of Carolina baseball and who were ranked No. 1 going into the CWS, had several come-from-behind victories late and showed that same resiliency in the ninth inning.

The Heels were down 4-0 with UCLA’s closer David Berg, perhaps the best closer in college baseball, on the mound.

Senior Cody Stubbs, who had three hits, singled sharply to right off the side-arm pitcher to start things off. Freshman Skye Bolt smoked one up the middle to put two on with no outs.

Michael Russell walked to load the bases, bringing the tying run to the plate.

Mike Zolk grounded one to second baseman Cody Regis who threw across his body to shortstop Pat Valaika. Desperately trying for a double play, Valaika came off the bag before catching the ball. But the base umpire called Bolt out at second.

Instead of the bases loaded with one run in, there was an out with a run in and men on first and third. After Parks Jordan struck out, senior Chaz Frank, on a 3-2 count, drew a walk to load the bases with two out.

Down to his last strike Landon Lassiter, who had three hits on the night, roped one to center field but it was caught for the final out.

Had the play at second been called correctly, Frank’s walk would have forced in a run and Lassiter’s out would probably have scored another run. The score would have been 4-3 with Carolina’s All-America Colin Moran coming to the plate.

“What we did in the ninth inning is indicative of what our kids did all year, fighting until the bitter end,” UNC coach Mike Fox said. “This has been one of my most fun seasons.”

This particular game probably wasn’t very fun for Fox as it moved at a snail’s pace in a ball park known as friendly to pitchers. It’s tough to come from behind but especially on a field that rarely sees a homer.

The Tar Heels still believed they could come back, however.

“It was do or die,” Stubbs said of the ninth inning. “We’ve been doing it all year, especially late in the season. Being seniors, Chaz and I didn’t want it to end. We weren’t going to go down without a fight.”

UCLA starter Grant Watson, the team’s No. 3 pitcher, controlled the Tar Heels through six innings, giving up only four hits and a walk while striking out three.

“What a great team UCLA is,” Fox said. “The teams that are here can all pitch very well. You see the best arms in college baseball when you get to this stage… The ball park is the same for both teams, but it’s hard to score out here.”

Carolina’s starter Kent Emanuel almost matched Watson as he went six innings, giving up five hits and walking three while striking out seven. UCLA did score twice during that stretch, including an earned run off Emanuel.

In the second inning, UCLA picked up bouncing ground ball singles, including a chopper that looked like a routine play until it bounded over Stubbs’ head at first, scoring a runner.

Up 1-0 in the sixth, UCLA added another run. Another seeing-eye ball went just off Stubb’s glove for an error to start the inning. A sacrifice bunt moved the runner over and a softly hit single just into center field drove in another run to make it 2-0.

That seemed almost insurmountable the way the game was going, but it got worse in the seventh inning. Three Carolina pitchers gave up a pair of walks and UCLA’s Valaika delivered with the Bruins’ hardest hit ball of the night when he drilled a breaking ball into the left field corner, scoring two runs and making it 4-0.

That did prove to be insurmountable despite the ninth-inning effort.

“What you saw in the ninth inning you don’t coach,” Fox said. “They enjoy playing the game, that’s within every player.”

He conceded that the end of the year “stinks,” but he said “while I hate that the season came to an end, I’m glad it ended in Omaha.”

The Tar Heels finish the season at 59-12. UCLA advances to play Mississippi State in a three-game series to see who will be the national champion.

And what a season it has been.