“He treated every one of us as if we were worthy of his time, like we were graduate students,” the professor recalled. “You don’t forget stuff like that. That purposeful and respectful spirit adds up over a long life.”

Once, when that professor was 12 years old, he needed a speaker to explain to his junior high school civics club how government was organized and who did what in the state and town. He called up John Sanders ’50 (’54 JD) who, as director of UNC’s Institute of Government, easily could have said he was too busy. John made room on his calendar. 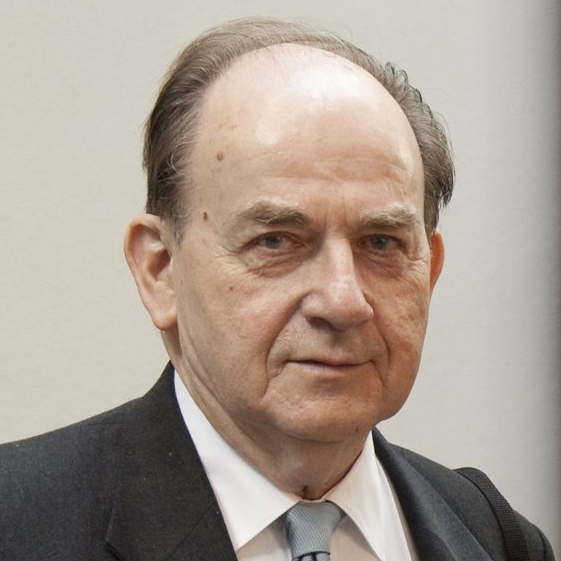 The hundreds of student body presidents and other young leaders John has mentored over his 65-year run at Carolina all have their stories of John making time for them. He invited them to lunch or dinner, challenged them to think deeper and instilled in many a commitment to public service. He lived his beliefs, and his integrity showed from a young age.

As student body president in 1950, when the University grappled with the probability of desegregation, John took the position that black students be allowed to sit in the student section at football games rather than be segregated in the bleachers. A furious trustee summoned him before the board, and John appeared — fully expecting to be expelled — and laid out his argument. The other trustees backed John and censured their colleague.

John grew up in Four Oaks, in Johnston County, where his family’s roots go back a couple of centuries. He enlisted in the Navy during World War II at age 17 and enrolled at Carolina upon his discharge, where he completed his bachelor’s and law degrees. He joined the UNC faculty as a professor of public law and government in 1956, working under the renowned Institute of Government founder Albert Coates (class of 1918) and becoming an authority on the state constitution. John contributed his expertise and wise judgment to a major revision of the constitution, ratified in 1971.

Appointed Coates’ successor as director of the institute in 1962, John applied his characteristic rigor, precision and attention to detail to replace Coates’ crisis management operating style with order and structure.

John played a key role in creating the community college system and expanding the UNC System. As UNC embarked on a period of rapid growth and change in the 1970s, then-UNC System President Bill Friday ’48 (LLB) tapped John for the role of vice president for planning. He came up with a desegregation plan mandated by the U.S. Department of Health, Education and Welfare and wended it through a political minefield to approval.

John resumed directing the national model institute in 1979; by the time he retired in 1992, its faculty had doubled in size. His life has been entwined with the life of the University, and he understands the institute’s importance to every county in the state.

John has had considerable impact on government in North Carolina, carefully applying nonpartisanship and policy neutrality to the shaping of generations of political and community leaders through the training, education and advice the institute — now the School of Government — provides to public officials.

His influence extended to physical structures as well. As a founding member of the State Capitol Foundation, he was a prime mover in the restoration and preservation of the capitol building. At UNC, he chaired the Chancellor’s Committee on Buildings and Grounds, supervising the creation of a long-term plan for the campus that set policies for preserving the historic campus, protecting open spaces and guiding future construction.

He has been honored with UNC’s Thomas Jefferson Award (1988), C. Knox Massey Award (1993), University Award (1995), Davie Award (1997) and Distinguished Alumnus Award (1998), as well as the GAA’s Distinguished Service Medal (1992). He is a leading figure in the North Caroliniana Society. John was given an honorary degree by the University at Commencement in 2019.

Yet John shies from recognition. He opposed renaming the Knapp Building to include his own name until others explained it would benefit the school by boosting fundraising. He balked at attending the unveiling of his portrait until his successor threatened to prop his picture on his empty chair on the stage if he didn’t show.

During a budget crisis, John was asked to submit a list of faculty to be cut. His name topped the list, followed by some senior faculty. His rationale? Senior faculty would have no problem teaching elsewhere. Their junior colleagues, on the other hand, were the leaders of the future.

As seriously as he took his responsibilities, he also had an incisive sense of humor. When a friend asked what profession he might have chosen if he hadn’t been a lawyer, he replied, “An archaeologist,” and he paused, “or a surfer.” It’s hard to imagine John surfing in anything other than a business suit. It’s also hard to remember when the School of Government wasn’t an institution at Carolina.