Joy Kasson arrived at UNC in the fall of 1971, directly from a doctoral program and married to another academic. Their field of American studies was only a curriculum at UNC then, and the University’s anti-nepotism rule prevented them from working together. John joined the history department, and Joy was hired as an instructor in the English department. 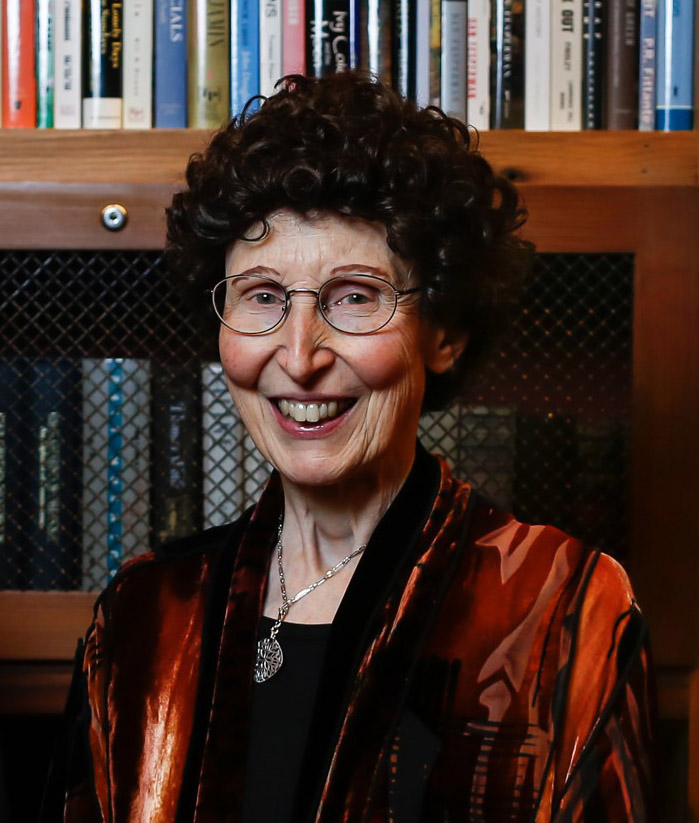 Then gently but firmly, Joy began pushing for change. By the time she retired this past June, American Studies had grown to a full-fledged department with 16 tenure-track faculty members and a doctoral program. The department encompasses Southern studies, folklore, American Indian studies, international American studies and the digital humanities.

The number of awards and honors Joy has received over the years suggests she pushes hard. Yet when her colleagues describe her, they talk about her civility under duress, her kindness and compassion, grace and dignity, and her overall niceness.

Joy became the first tenure-track faculty hired in American Studies, when the discipline was still a curriculum. Over the years, she has received five teaching awards: the Carmichael, Tanner and Johnston awards, and twice the Bowman and Gordon Gray Chair for Distinguished Teaching. In 2012, she was recognized by UNC with its Thomas Jefferson Award, the same year she delivered the Maynard Adams Lecture. The following year, the American Studies Association honored her with its Mary C. Turpie Prize for outstanding teaching, advising and program development.

Between 2012 and 2015, Joy held the title of Mellon Distinguished Scholar for Carolina Performing Arts, and she was lauded in 2006 with a mentoring award by UNC’s Women’s Leadership Council. She has been named a fellow by several organizations at various points in her career. Since the 1980s, she has held joint appointments in English and American studies.

Joy focuses on the cultural history of art and literature. Her accomplishments are all the more impressive in a field that doesn’t cure AIDS, spin off new companies or invent the Internet. Through her scholarship, she persuaded administrators at UNC of the importance of students learning about Buffalo Bill’s Wild West or the work of Grandma Moses or what 19th-century sculpture says about gender issues, tapping into what she calls “the usable past.”

Not once during her undergraduate years at Radcliffe or her doctoral program at Yale did she have a female professor. So as a professor, Joy guided her students in practical aspects of work-life balance. UNC offered no maternity leave when she had her two children. Female faculty had to time conception exactly so their babies would be born in May, giving them the summer to adjust to motherhood before classes resumed in the fall.

When one of her children arrived early, Joy had to coax other faculty to cover her final week of classes, then she took over grading exams while recovering from childbirth.

Now UNC has a generous family leave policy. But new issues continue to crop up. A trend in academia is to hire more adjunct faculty rather than investing in tenure-track positions, and those low-paying, no-benefits positions often are filled by women. Joy has a reputation for speaking up at Faculty Council and setting the record straight in a manner that doesn’t engender angry, defensive responses. She has been a remarkably successful advocate.

Among her achievements, Joy worked with the dean’s office to create big structures that gave opportunities to students, such as launching Arts@TheCore, which strengthens the relationship between the performing arts and academics. She chaired the Burch Fellows advisory committee and selection committee and twice directed the Honors Program in London, and she raised money for student and faculty research travel. Joy worked with schools nationwide to connect elementary and high school teachers to university-level resources, connecting students to opportunity through the National Humanities Center.

Equally important are the times she talked with students individually, and they left seeing things differently, the conversation changing a life. Joy pushed her students. A tough, perceptive critic, she took her students’ writing seriously and held them accountable for doing real work. Still, she teaches by gentle persuasion.

Joy views teaching as a collaborative, immediate experience. Every year for 40 years she has taught Walden to students reading it for the first time. “But when we come to the classroom together,” she said, “we’re discovering it at the moment.”