UNC’s Hussman School of Journalism and Media will be home to an executive-in-residence program honoring Frank A. Daniels Jr. ’53, the longtime president and publisher of The News & Observer who, in his 26 years... 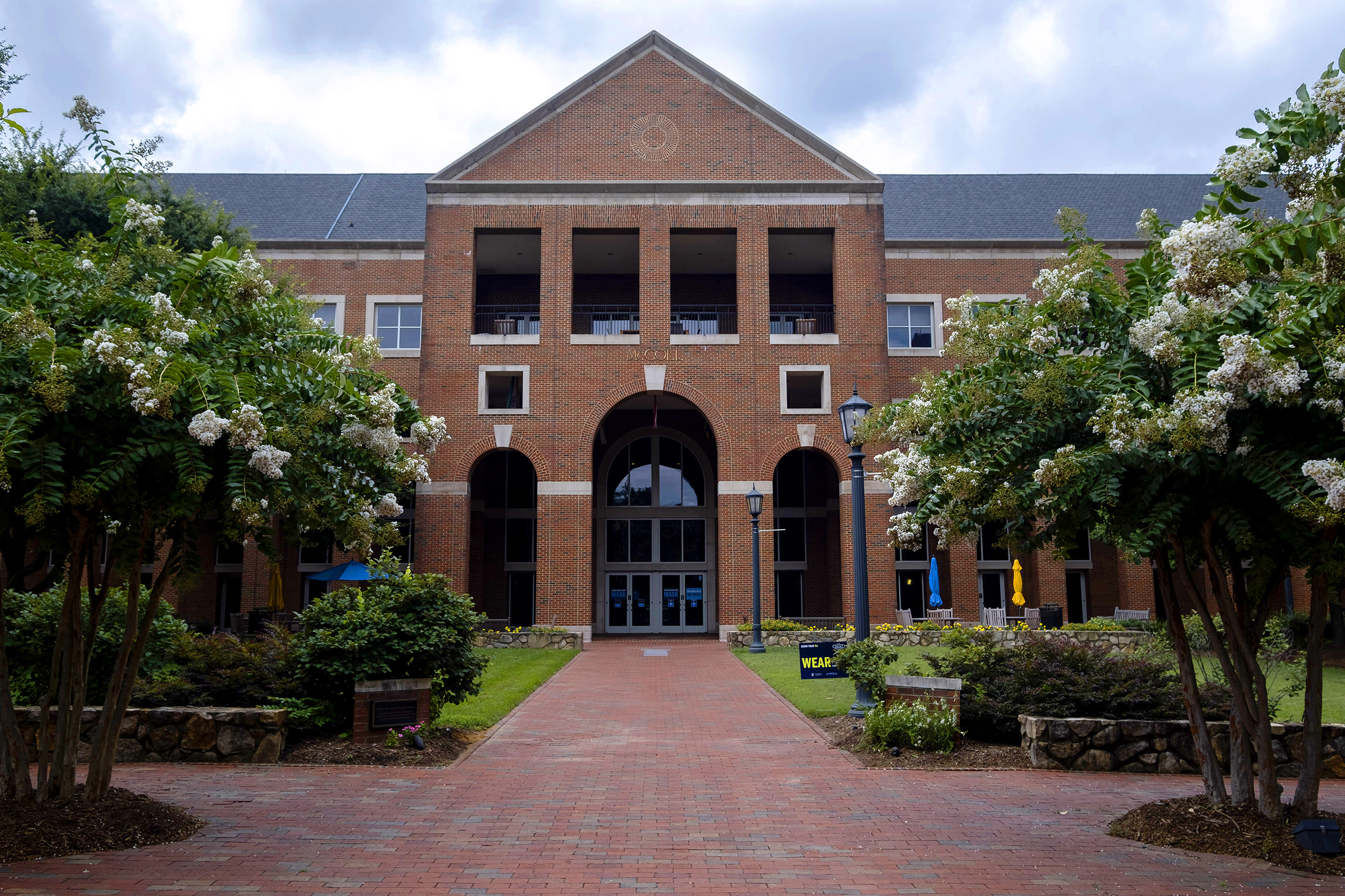 Two $25 million pledges — one made by Steve ’67 and Jackie Bell and a second made by an anonymous donor — are the largest ever made by individuals to the Kenan-Flagler Business School. (UNC/Jon Gardiner ’98)

Kenan-Flagler Business School has moved closer to its goal of raising the money to match state funds for a building expansion that will enable it to grow its undergraduate program at least 50 percent as a result of two new significant gift pledges: Steve Bell ’67 and his wife, Jackie Bell, are adding to a pledge they made earlier this year; and an anonymous donor has made a separate $25 million pledge to support the new building.

The school announced in May that the Bells had committed $11 million; they have increased that to $25 million. The new anonymous pledge plus other privately raised funds puts the total at $58 million. Kenan-Flagler aims to raise half of the estimated $150 million cost of a 140,000-square-foot addition to the school on the southern border of the campus. The state had committed $75 million if the school could raise that much. The total includes renovations to the McColl Building and the Kenan Institute of Private Enterprise.

The new building will be named in Steve Bell’s honor. The two $25 million pledges are the largest ever made by individuals to Kenan-Flagler.

“This is truly a transformational moment for UNC Kenan-Flagler, for Carolina and for our state,” said Doug Shackelford ’80, dean of the school. “It’s also a transformational moment for young people we don’t even know yet — some of whom haven’t even been born — because when they get to Chapel Hill, there will be places for them at UNC Kenan-Flagler thanks to these gifts from Steve and Jackie Bell and our anonymous donor.

“And because more students will be able to study business, more graduates will be able to build better lives for their families, make their communities stronger, start new companies, provide good jobs, and develop new products and services that improve all of our lives.”

Shackelford said the new building is critical to teaching, researching and serving at the highest levels. It will:

• Meet the highest standards for environmental sustainability; and

“Investing in the success of UNC Kenan-Flagler is an investment in making North Carolina even stronger,” Bell said. “Graduates become better employees, employers, entrepreneurs and contributors to our state. Having one of the best business schools in the U.S. right here in Chapel Hill is a precious resource for our state and region.

“I concluded there is nothing I could do that would benefit our state more than supporting UNC Kenan-Flagler.”

Demand for a business degree at Carolina exceeds the available space in the McColl Building, which opened in 1997. Kenan-Flagler has about 1,000 undergraduates, 400 master of accounting students, 1,600 students in the MBA program and 70 doctoral students.

Consistently ranked a top 10 program in the U.S., Kenan-Flagler is able to accept only half of its undergraduate applicants each year. The expansion also will help alleviate space challenges and benefit learning for students in the MBA, master of accounting and doctoral programs.

Bell is chair of Bell Partners, one of the leading apartment investment and management companies in the U.S. Based in Greensboro, the firm owns or manages more than 60,000 apartments throughout the country, has more than 1,500 associates and nine offices and has completed more than $16 billion in apartment transactions since 2002.

Shackelford observed that the school will have buildings named for people associated with three major commercial areas of the state: the Kenan family in the Triangle and eastern North Carolina, banking leader Hugh McColl ’57 from Charlotte and Bell from Greensboro in the Triad.

Construction of the new building is expected to take about two years, and renovations to the McColl Building and Kenan Conference Center will take an additional 12 months.

Seventy percent of students in Kenan-Flagler’s undergraduate program stay in the state or ultimately return to North Carolina.

Steve Bell, who grew up in Raleigh, has supported Carolina and the business school through his expertise and generosity for many years. He has served on the school’s board of advisers, helped create the Steven D. Bell and Leonard W. Wood Distinguished Professorship in real estate and supported the Leonard W. Wood Center for Real Estate Studies and the Family Enterprise Center. He also supported the expansion of the Rizzo Center, where Kenan-Flagler prepares business people and organizations from around the world.

Correction: Feb. 7, 2021
The original version of this news report misstated the nature of the $25 million pledge made by an anonymous donor. That donor’s pledge, separate from the Bells’ addition to their pledge, was not a pledge to match other gifts.