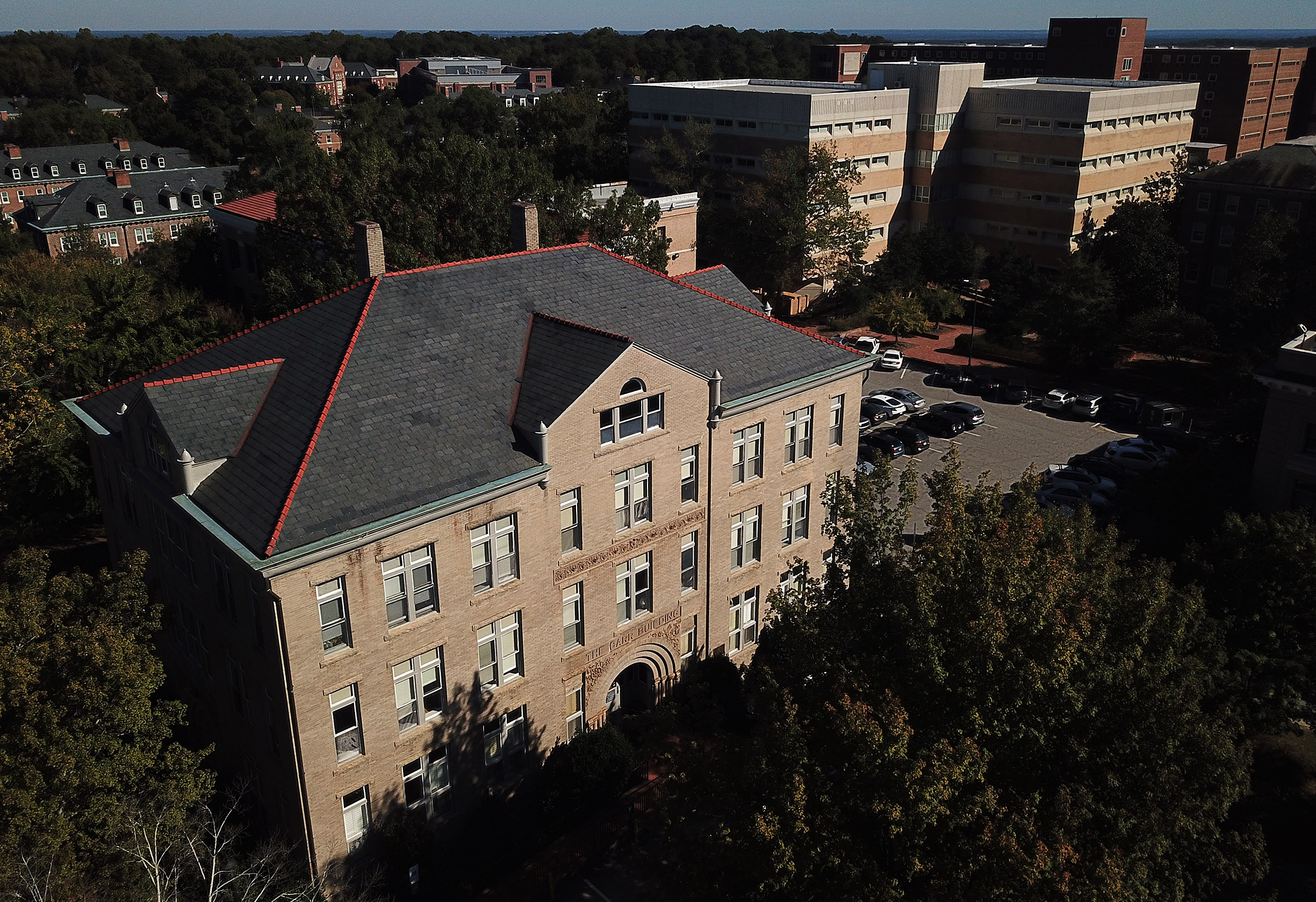 The University has issued an open call for suggestions of new names for three campus buildings whose original names were removed last year because of their namesakes’ ties to white supremacy.

UNC seeks new honorifics for the former Aycock Residence Hall in the lower quadrangle dorm village on the eastern edge of campus, Carr Building on Cameron Avenue where the student affairs office is housed, and the building between the Pit and South Road that was known as Daniels Student Stores.

Last summer, the trustees voted to remove the names on the recommendation of UNC’s Commission on History, Race and a Way Forward. The 15-member panel was convened by Chancellor Kevin Guskiewicz in January 2020.

“Now we have the important task of renaming those buildings and helping to move our campus forward,” Guskiewicz said in issuing the call for suggested names. “Our goal is to have new names on these buildings by the time our students return from summer break in August. We want these names to represent the values of our campus and quickly become part of the fabric of our community.”

The Chancellor’s Advisory Committee on Naming University Facilities and Units vets and recommends all proposed building names, and the chancellor decides which ones to submit to the trustees for final approval.

UNC already has 27 suggestions on this.

Besides the names of individuals, names or words that represent Carolina and its values (Integrity Hall and Land Acknowledgement Hall are on the list) are welcome. Suggestions can be made online; that option will be available until 5 p.m. April 9.

All submitted names will undergo an initial vetting process to narrow the list to six names, and the chancellor will consider those for submission to the trustees.

The committee will give greater weight to honorees who:

• Represent the values that define the University: excellence and an unwavering commitment to teaching, research and public service;

• Have traditionally been underrepresented on the landscape; and

• Have a demonstrated positive impact on the campus and in the community.

The names of Charles B. Aycock (class of 1880), Josephus Daniels (class of 1885), Julian S. Carr (class of 1866) and Thomas Ruffin Sr. were removed. Ruffin dorm remains named for Ruffin’s son, Thomas Jr., although that name also has been recommended for removal by the History, Race and a Way Forward commission. That recommendation and the names of Robert Hall Bingham (class of 1857) from a classroom building and John Washington Graham and Cameron Morrison from residence halls are pending. A committee appointed by Guskiewicz reviews the commission’s work, after which he decides whether to recommend removal to the trustees.

Only one name has been scrubbed from a campus building. The trustees in 2015 voted to remove the name of William L. Saunders (class of 1854), a leader of the Ku Klux Klan in the state, from a classroom building. The building was renamed Carolina Hall, and a 16-year moratorium on renaming was enacted. The trustees lifted the moratorium last summer.