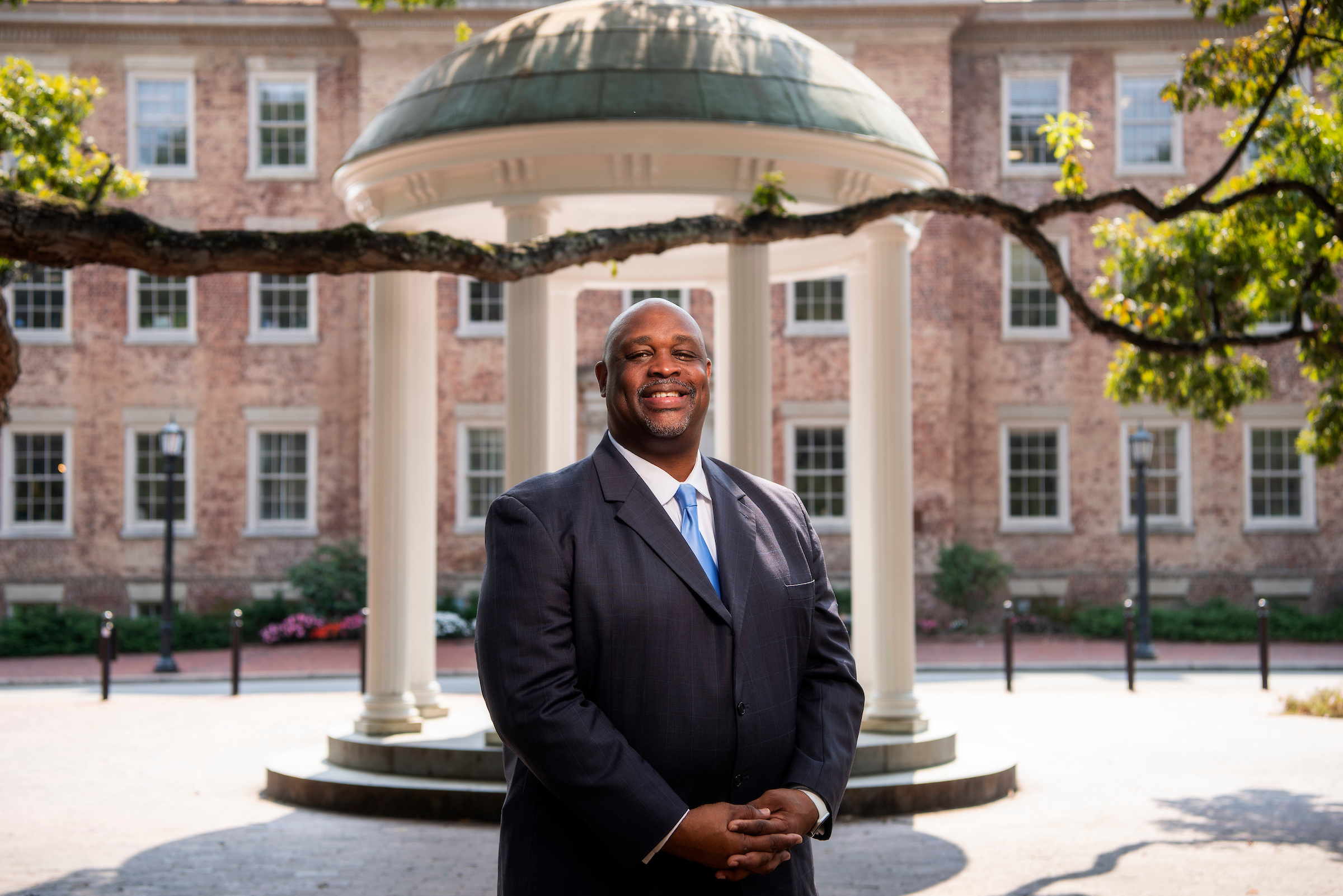 Battle said Rahsheem Holland, who has been serving as acting chief of police since May, would continue in that role while a national search is conducted for Perry’s successor.

“We thank him for his service to the University,” Battle said of Perry.

No explanation was given for Perry’s departure, but Perry told WRAL News that he made the decision while on medical leave for knee surgery.

“I’m thankful for the opportunity and experiences I have navigated at The University of North Carolina these past two years,” Perry told the news outlet. “During my time at UNC, I am very proud several positive accomplishments were achieved during challenging times. I wish the students employees, administration and community the best!”

Perry’s service, lasting less than two years, coincided with a steady stream of campus upheaval that included protests that toppled the Confederate statue known as Silent Sam; complaints about the University’s longtime handling of sexual assault cases, which resulted in a $1.5 million fine for violating federal campus safety law; and a drug-trafficking ring that ensnarled several UNC fraternities.

Holland, his interim replacement, begins his renewed role under criticism. On June 30, video captured by news organizations showed Holland and other officers forcefully pushing student protesters out of the room where the Board of Trustees were meeting to discuss the Nikole Hannah-Jones ’03 (MA) tenure case. The students were unfamiliar with board rules that dictate personnel matters be handled in closed session.

Black Student Movement Vice President Julia Clark said she had been punched in the face by Holland during the incident outside The Carolina Inn ballroom. The BSM released a statement “unequivocally condemning” the University’s decision to extend Holland’s service as interim chief and demanding his removal from the campus police force.

“There cannot be a racial reckoning or an effort to improve the climate of our campus for Black students if those who blatantly disregard the safety of Black students, like Rahsheem Holland, are rewarded for abusing their power,” the statement said.

Chancellor Kevin Guskiewicz, in a statement released July 7, said he had asked Battle to “coordinate an external review of officers’ body camera footage” to address concerns about the actions of campus police at the trustees meeting.

“I want to make sure UNC Police is operating as transparently as possible, and I know the department wants to maintain the community’s trust in its public safety efforts,” Guskiewicz said.