The University accepted on March 10 the resignation of Terry Magnuson as UNC’s vice chancellor for research. He will remain on the faculty at the School of Medicine. The resignation is the result of a...

Chris Clemens, UNC’s Jaroslav Folda Distinguished Professor of physics and astronomy, in the College of Arts & Sciences, has been named provost and executive vice chancellor of the University, succeeding Robert Blouin, who is stepping...

Award-winning chemist Frank Leibfarth will deliver UNC’s 2021 Winter Commencement address. The ceremony is scheduled for 2 p.m. on Dec. 12 in the Dean E. Smith Center. A livestream will be available at this link. Leibfarth joined the UNC College of Arts & Sciences’ chemistry faculty... 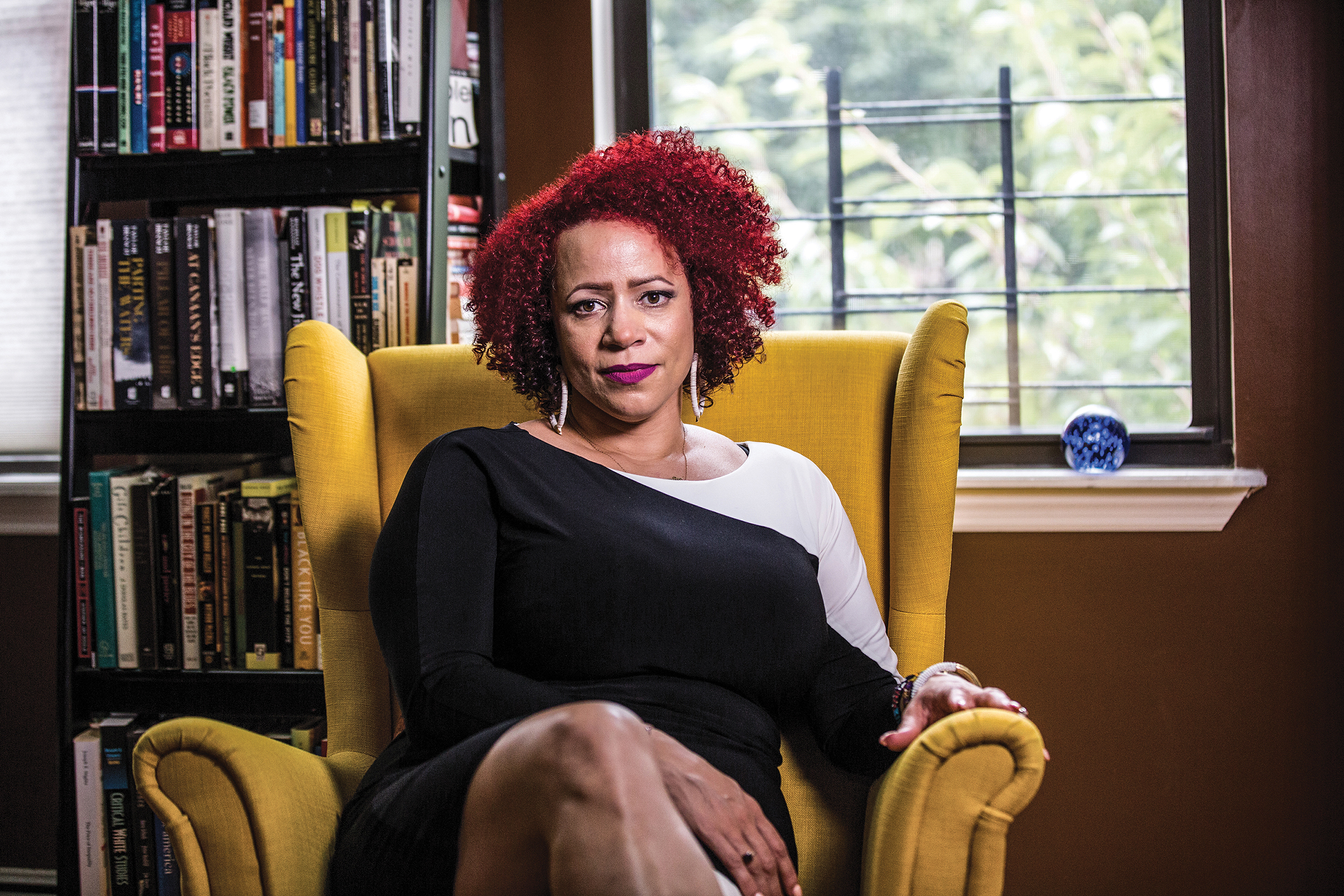 Nikole Hannah-Jones ’03 (MA) has become one of the country’s leading voices in journalism covering housing and school segregation, civil rights and racial injustice in the U.S. (File photo)

Nikole Hannah-Jones ’03 (MA), the Pulitzer Prize-winning investigative journalist and MacArthur Fellowship “genius grant” recipient who covers civil rights and racial injustice for The New York Times Magazine and was just elected to the American Academy of Arts and Sciences, will join UNC’s Hussman School of Journalism and Media in July as the Knight Chair in race and investigative journalism.

Hannah-Jones has become one of the country’s leading voices in journalism covering housing and school segregation, civil rights and racial injustice in the U.S.

“This is the story of a leader returning to a place that transformed her life and career trajectory,” said Susan King, dean of Hussman. “Giving back is part of Nikole’s DNA, and now one of the most respected investigative journalists in America will be working with our students on projects that will move their careers forward and ignite critically important conversations.”

Knight Chair professorships, endowed by the John S. and James L. Knight Foundation, are designed to bring top professionals to classrooms to teach and mentor students. Hannah-Jones joins a network of independent Knight Chairs in journalism at 21 colleges and universities across the country.

Hannah-Jones brings to the classroom insights from her deep investigative reporting, her industry experience and her influence shaping the national conversation at The Times. Her students will research, report and help shape national investigative projects, with the potential to have their work published on some one of the biggest stages of journalism and media.

Throughout her career, Hannah-Jones has prioritized mentoring aspiring journalists. She credits former Hussman professors such as Harry Amana and Chuck Stone with giving her valuable guidance as she prepared for a career in journalism. In 2016, she, along with the Associated Press’ Ron Nixon and ProPublica’s Topher Sanders, established the Ida B. Wells Society for Investigative Reporting to increase and retain reporters and editors of color. The society relocated to Hussman from Harvard in 2019 and currently has more than 4,500 members.

Hannah-Jones’ teaching philosophy encourages students to express their views and face rigorous challenges to them. “I see classrooms as democratic institutions, where all students should be encouraged to participate, but where the instructor must understand that not all students feel equally empowered to do so,” she said. “I think it is critical that professors encourage students in their varied talents and experiences and give them equal weight within the classroom.”

She began her career as an education reporter with The Chapel Hill News and then The News & Observer, where her coverage of school equity and the racial achievement gap in the Durham public school system led to school board action to improve education access and quality. She then worked as an enterprise reporter at The Oregonian before becoming an investigative reporter covering civil rights, discrimination, housing and school segregation at ProPublica. She joined The New York Times in 2015.

Among her national honors are the National Association of Black Journalists’ Journalist of the Year Award in 2015; Peabody and Polk awards for radio reporting in 2016; the Hillman Prize for magazine reporting and the National Magazine Award in 2017 and again in 2020; the MacArthur Fellowship in 2017; Columbia University’s John Chancellor Award for Distinguished Journalism in 2018; and a second Journalist of the Year Award in 2019. In 2020, Hannah-Jones won the Pulitzer Prize for commentary for “The 1619 Project.” The Society of American Historians welcomed her as a fellow in 2020. On April 9, she was inducted into the N.C. Media and Journalism Hall of Fame.

Hannah-Jones received the GAA’s Distinguished Young Alumni Award in 2017, and she was profiled in “Schools of Choice” in the Carolina Alumni Review’s March/April 2019 issue.

“I’ve spent my entire career trying to mentor young journalists,” Hannah-Jones said. “I try to be for them what I needed when I was trying to make it and become successful. I love Carolina. The University has given me a lot, and I’m grateful for the opportunity to give back by helping students pursue their dreams and learn how to practice the type of journalism that is truly reflective of our multiracial nation.”