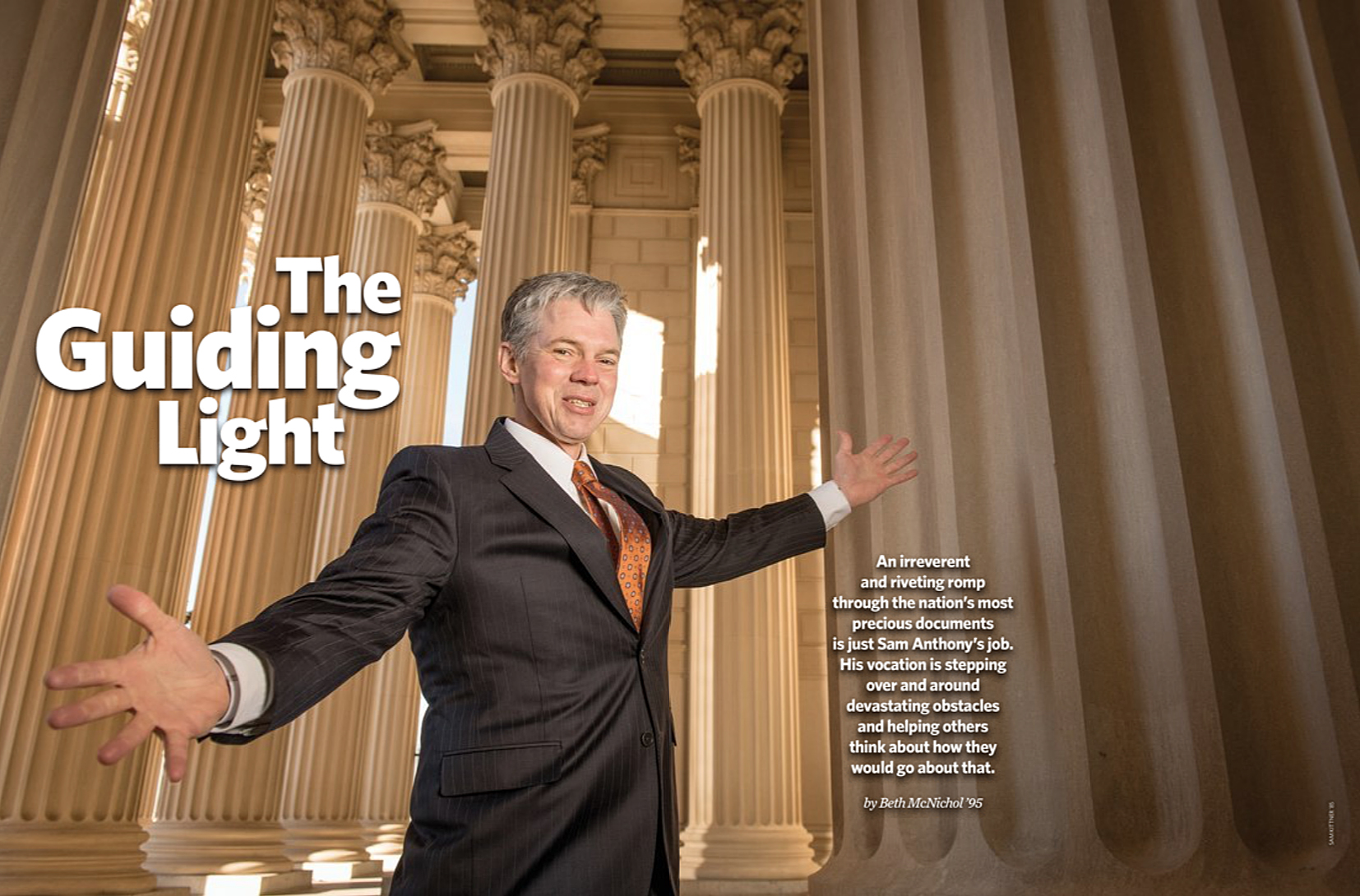 “The Guiding Light,” by Beth McNichol ’95, was published in the March/April 2019 Carolina Alumni Review.

The Carolina Alumni Review has received a Grand Gold Award in feature writing from the Council for the Advancement and Support of Education’s 2020 Circle of Excellence competition.

The profile of Sam Anthony ’91, special assistant to the archivist of the United States, focused on Anthony’s renown as a tour guide at the National Archives in Washington, D.C., where he leads visitors through the exhibits, bringing them alive with a lighter perspective, such as wearing costumes and encouraging schoolkids to lie on the floor for a better view of the rotunda.

It also portrayed his resilience in treatment for cancer that might take away the voice that enthralls those on his tours.

The judges said about the article: “This is a profile that is ‘felt’ rather than ‘read.’ … The writing provides a powerful showcase of resilience in life and a positive attitude.”

“The Guiding Light” appeared in the March/April 2019 issue and was written by Beth McNichol ’95, a freelance writer based in Raleigh and a former associate editor for the Review. Earlier this year, in the CASE District 3 competition, the profile received a Platinum Award honorable mention for Best Article of the Year.

Overall, the GAA has been recognized with 130 national or district CASE awards since 1996 — 68 for Alumni Communications; 60 for Alumni Programs, which include 27 awards from CASE’s Affiliated Student Advancement Programs; and two for Membership. 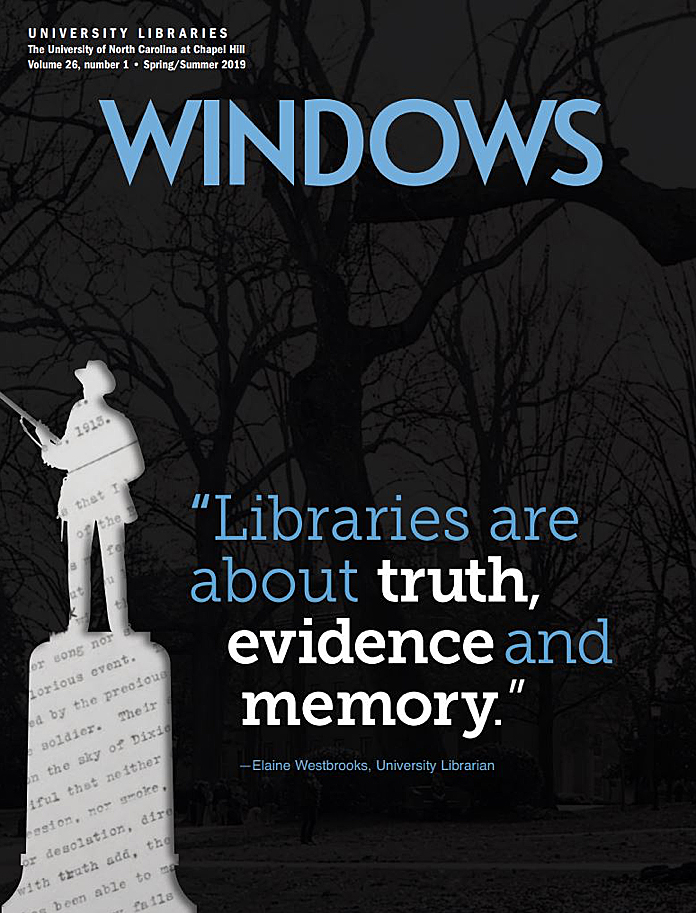 Headquartered in Washington, D.C., CASE is a national professional association serving educational institutions and the advancement professionals who work on their behalf in alumni relations, communications, development, marketing and allied areas.