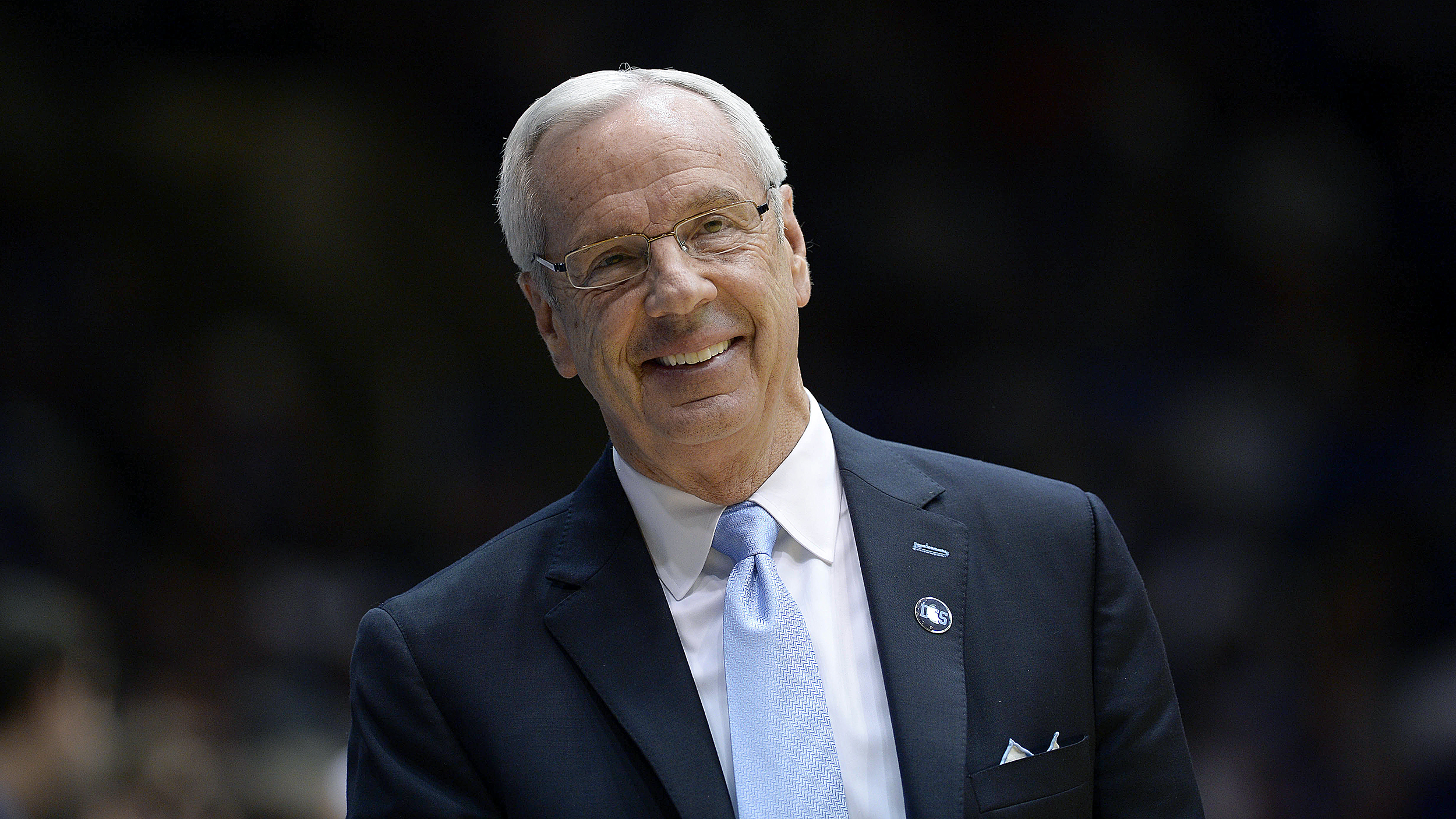 Roy Williams ’72 (’73 MAT) was the first in his family to attend college, and he has said he didn’t grow up dreaming of college and never imagined he’d one day be a Tar Heel. (Photo by Grant Halverson ’93/Getty Images)

Carolina’s class of 2020 might hear a few affectionate dadgums during its pandemic-delayed Commencement in October.

Roy Williams ’72 (’73 MAT), who led the Tar Heels men’s basketball team to three NCAA championships during his 18 years as head coach, will be the keynote speaker at the long-awaited celebration.

The historic ceremony is scheduled for Sunday, Oct. 10, in Kenan Stadium. The class’s original Commencement set for May 2020 was postponed because of the COVID-19 pandemic. This will be the first known Carolina Commencement to be held in October.

“Members of the class of 2020 have had to wait a year and a half to celebrate their graduation together, and we want to make sure their ceremony is extra special,” said Chancellor Kevin M. Guskiewicz. “Coach Williams is an inspiration on and off the court, and his love for Carolina is unmatched. I know he will provide sound wisdom and share his passion for Carolina with our graduates.”

Members of the class of 2020 have until Sept. 24 to register for the ceremony. Tickets are already sold out for the football game. The registration deadline for the other events is Oct. 1.

Williams retired in April after 33 seasons and 903 wins as a college basketball head coach, including 18 of those years at Carolina and 15 at the University of Kansas. He was an assistant coach at Carolina under Coach Dean Smith for 10 years before that.

Williams was inducted into the Naismith Hall of Fame in 2007 and coached the Tar Heels to NCAA championships in 2005, 2009 and 2017. He led Carolina to a 485-163 record, two other Final Fours, nine ACC regular-season championships and three ACC Tournament wins.

Off the court, Williams and his wife, Wanda ’72, helped support thousands of Carolina students through their donations. In March, Carolina announced the Williamses had made their largest one-time gift to Carolina with a $3 million donation to support scholarships for athletes, Carolina Covenant Scholars and Chancellor’s Science Scholars. In all, the Williamses gave more than $5.8 million to Carolina while Williams was head coach of the Tar Heels.

In particular, the Williamses have been supporters of the Carolina Covenant since it started nearly 20 years ago. The program provides eligible low-income students a debt-free path to graduation through a combination of scholarships, grants and work-study. Williams was the first in his family to attend college, and he has said he didn’t grow up dreaming of college and never imagined he’d one day be a Tar Heel.

“I was so naïve about so many things, and the University helped me mature,” he said last spring. “The idea of where I would be right now if I had gone elsewhere is hard to even envision. We need to let other people have these opportunities.”