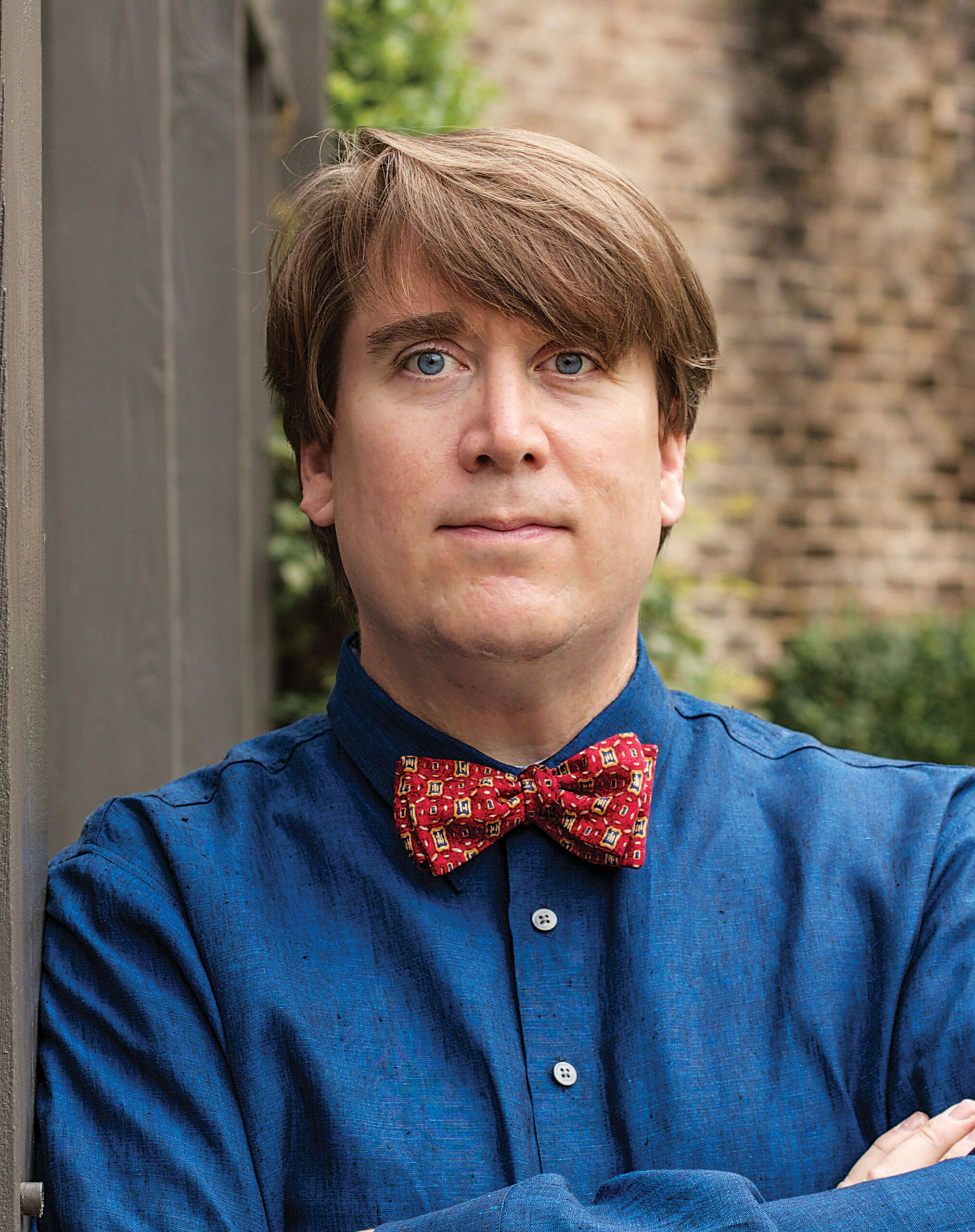 “My intention all along has been to establish a character you revisit, and people wonder what he’ll do next,” John Bare ’87 says about protagonist Lassie James. (Courtesy of John Bare ’87)

On a Nov. 1 some years back, John Bare ’87 did what you’re supposed to do during National Novel Writing Month: He started writing a novel. It was a murder mystery and, because you’re supposed to write what you know, he set it on and around the UNC campus, where he also had earned a master’s degree in journalism in 1992 and a doctorate in mass communication in 1995. Alumni will recognize sometimes eerie Gimghoul Road, the always tasty biscuits at Time-Out and the former site of the Silent Sam statue.

Bare didn’t quite finish Fair-Skinned Brunette With the Porcelain Shine in one month. But he came close, typing the final period in the manuscript on the day after Christmas. It’s out now, dedicated to his No. 1 cheerleader and late wife of 28 years, Betsy ’66 (’72 MEd), who died from COVID-19 in September 2020.

The book has an intriguing artistic companion, Lassie James Songbook, Vol. One — an album inspired by lyrics Bare composed and sprinkled throughout the novel. For help with that part of his project, Bare turned to Don Dixon ’73, a legendary figure in North Carolina music. Dixon was co-leader of the long-running band Arrogance and an acclaimed producer of numerous acts, including R.E.M.’s first two albums. He was just the co-writer and musical collaborator to bring Fair-Skinned Brunette’s everyman protagonist Lassie James to life.

“John used to come take pictures of us at Arrogance shows, and I got to know him that way,” Dixon said. “We were talking outside Cat’s Cradle at a show one night, and he told me about this book and all the lyrics in it. He sent me a stack of lyrics, and I was initially drawn to She’s a Baptist and a Communist. Such a great little twist, because non-Southerners might not realize just how many hardcore liberals down here still go to the Baptist church. That’s how it started.” 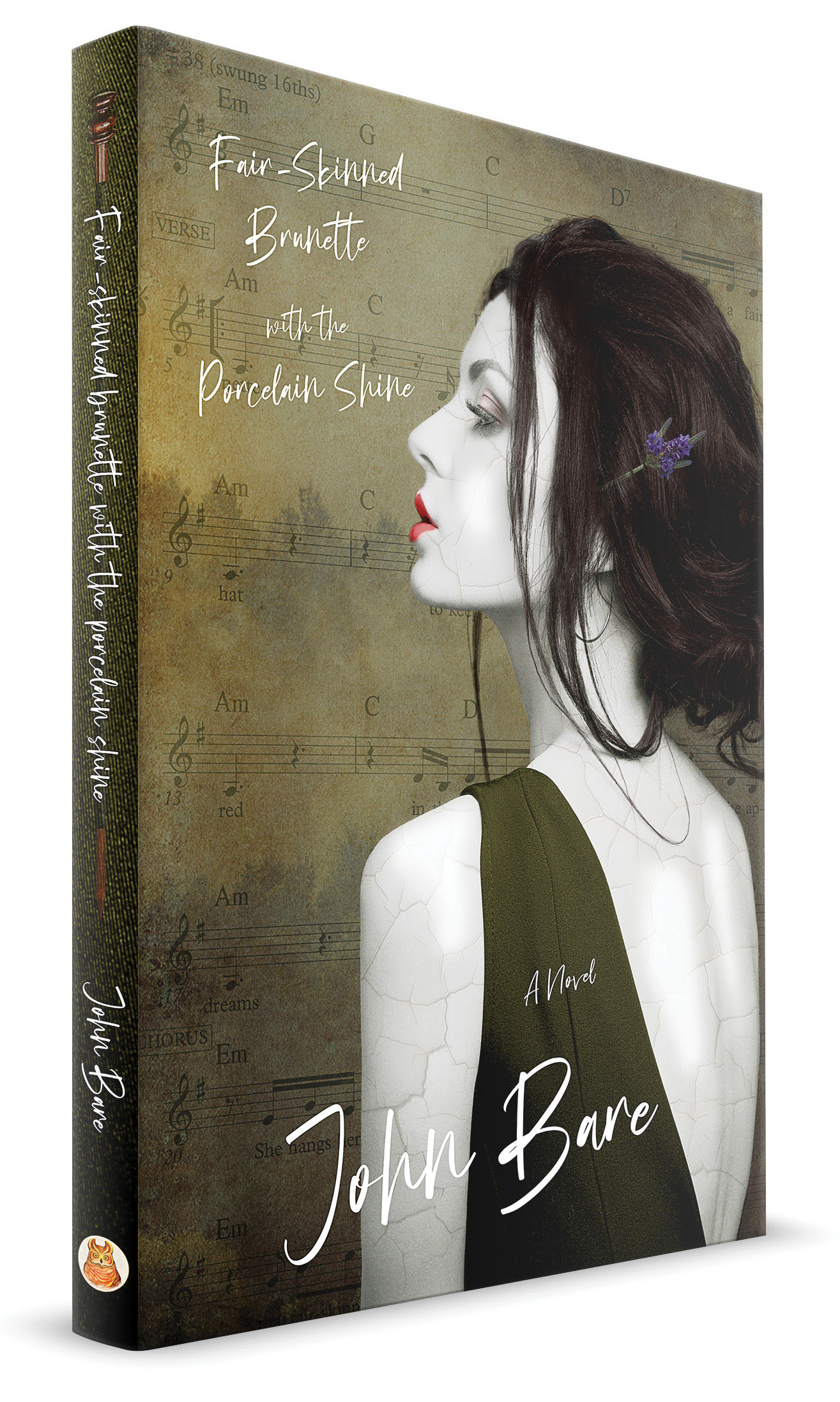 As the song that features most prominently in the book’s storyline (it’s even a recurrent joke), She’s a Baptist and a Communist is the first of 12 tracks on Lassie James Songbook. The album is as pleasing and listenable as Fair-Skinned Brunette is fast-paced and readable, landing squarely in the ballpark of country-rock Americana. Other highlights include I Fell in Love With Emmylou, a tribute to UNC-Greensboro alumna Emmylou Harris.

At a certain point, Bare acknowledges, “I was spending more time on the songs” than edits and rewrites of the book. The co-writing process was catch-as-catch-can, with Dixon trading lyrics, arrangements and ideas over several years. But once they got down to actually recording, they knocked that part out over two days at Easter’s Fidelitorium Recordings in Kernersville.

If Bare has his way, Fair-Skinned Brunette will be just the start of this music-and-literature collaboration with Dixon. Bare is already at work on a second Lassie James murder mystery, this one set in the local music scene and centered on a long-ago death that turns out not to have been accidental. 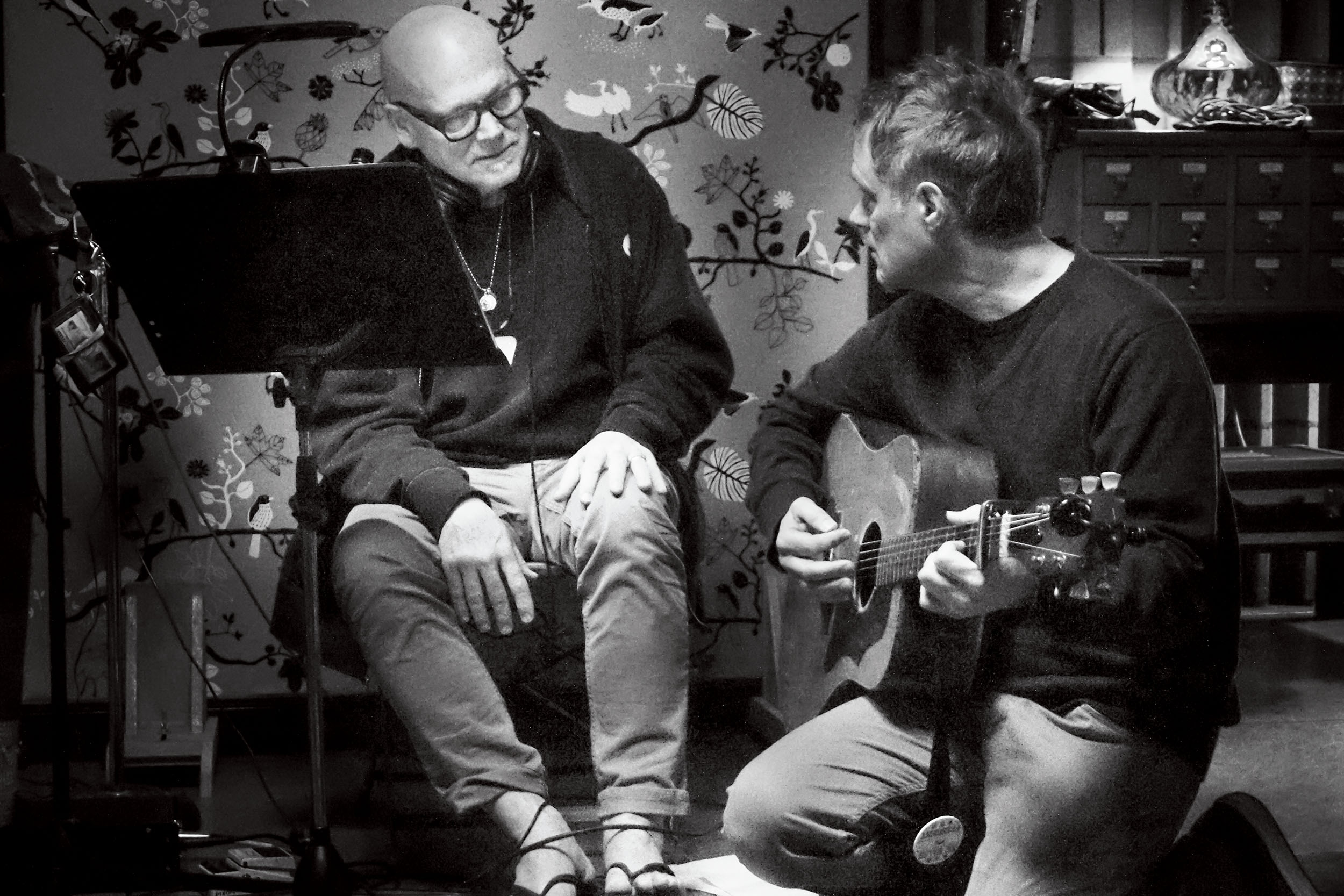 Bare composed song lyrics for the book and then turned to musician and producer Don Dixon ’73, left, singer Jeffrey Dean Foster and others to bring them to life in a companion album. (Courtesy of John Bare ’87)

“Don has provided some expert counsel about what is required to revive old tapes retrieved from the early 1980s,” Bare said. “That might or might not involve the convection oven at Crook’s Corner restaurant. That’s how you restore old tapes, bake them at 125 degrees. It might be my ultimate example of food and music coming together. And death.”

While the first-draft stage went quickly, Bare’s prewriting windup went on for many, many years. Like Bare, his protagonist is a UNC alumnus, “a character I’ve been kicking around in my head for 30 years, since college,” says Bare, who has worked in journalism and the nonprofit world. The next book in the budding series finds Lassie James revisiting his college days playing in a local band.

“My intention all along has been to establish a character you revisit, and people wonder what he’ll do next,” Bare said. “Like if you’re in an airport bookstore and see a book by [thriller novelist] Lee Child, and you wonder what his character Jack Reacher is up to. So you grab it. This next book opens with someone passing out in their grits and drowning. So yeah, that’s another lyric: ‘Lord, don’t let me die in my grits.’ ”

Even though that book is percolating, Bare is not done with Fair-Skinned Brunette. He’d like to do an audiobook version that includes the songs. And if the fates allow, there will be another album to accompany the next novel. Bare has more than enough lyrics to work with, and Dixon is game to continue co-writing.

“I love singing these songs,” Dixon said. “But I did not want to be the lead singer on the record, because then it turns into my record. Jeff’s a great singer with a voice that’s a cross between Neil Young and Rick Danko from The Band. I didn’t think my voice was right for how Lassie James would sound, anyway.”

“We can have different Lassies,” Bare said.

“We’ll see who is next,” Dixon retorted.

“Yeah,” Bare concluded, “who sounds good singing a song about dying in your grits.”

• Listen to  Lassie James Songbook, Vol. One on Spotify