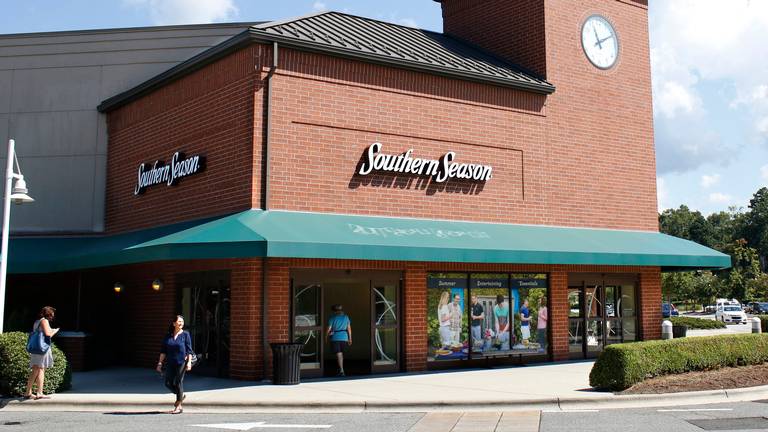 After 44 years as a destination for shoppers looking for unusual food, beverages and gifts, Chapel Hill’s Southern Season store will close in January, its corporate owner announced.

“Southern Season is an incredible business, and I firmly believe that the concept is part of the future of retail,” Calvert Retail owner Eric Brinsfield said in a statement released by the company in November. “However, it requires a more robust organization and more capital than I can provide as a small-business owner. I have made the difficult decision to close the Chapel Hill retail store and focus on our online business from our facility in Graham.”

A notice filed with the state Department of Commerce at the time of the announcement said 70 Southern Season employees would be laid off by Jan. 12.

The Weathervane restaurant at Southern Season had closed by the time the announcement was made. Southern Season was an anchor tenant in University Place, which was known as University Mall from its opening in 1973 until it was renamed in 2015.

Former owner Michael Barefoot ’73 opened A Southern Season in 1975 as a coffee roastery in Eastgate Shopping Center. Three years later, having added specialty foods to the inventory, he moved the business nearby, to space now occupied by Trader Joe’s, and added the Weathervane. Later, Barefoot opened a mail-order business in Hillsborough for the store’s specialty products. In 2003, he expanded again, moving to the former Belk’s location at what was then University Mall, and he added cooking classes.

In August 2011, Barefoot sold the company to an investment group headed by Clay Hamner, then a professor at UNC and director of UNC’s Center for Entrepreneurial Studies at Kenan-Flagler Business School. At the time of the sale, Barefoot said the aftereffects of the 2008 recession made him think more about retiring and about offers that Hamner had made over the years to buy the business. Hamner said then that he envisioned expanding the company to more areas.

The culinary retailer was sold at auction to Calvert Retail, a Delaware kitchenwares company, in August 2016 after filing in June for Chapter 11 bankruptcy protection.

The $3.5 million sale to Calvert Retail — owner of Kitchen & Company and Reading China & Glass stores on the East Coast — followed several years of expansion by Southern Season into markets outside North Carolina, including in the suburbs of Charleston, S.C., in September 2013 and Richmond, Va., in July 2014. Those two stores, which were on the scale of the Chapel Hill location, proved too big to support. The Richmond store closed in April 2016; the Charleston store closed that June.

Shortly before the auction, Hamner was replaced as CEO. Though the company initially had aimed to come out of bankruptcy by the end of that year, a court-approved restructuring officer said the auction was needed because the company was about to run out of operating cash.

“For 44 years, the business has played an outsized role in the Triangle’s food community,” Brinsfield said in the statement announcing the closing. “This is no doubt because of the incredible people of Southern Season. … We really want to thank the people of Orange, Chatham, Durham and beyond for all of the great years that we had in Chapel Hill.”

All other Calvert Retail stores remain open, including Kitchen & Company stores in Asheville and Mount Pleasant, S.C., the company said.