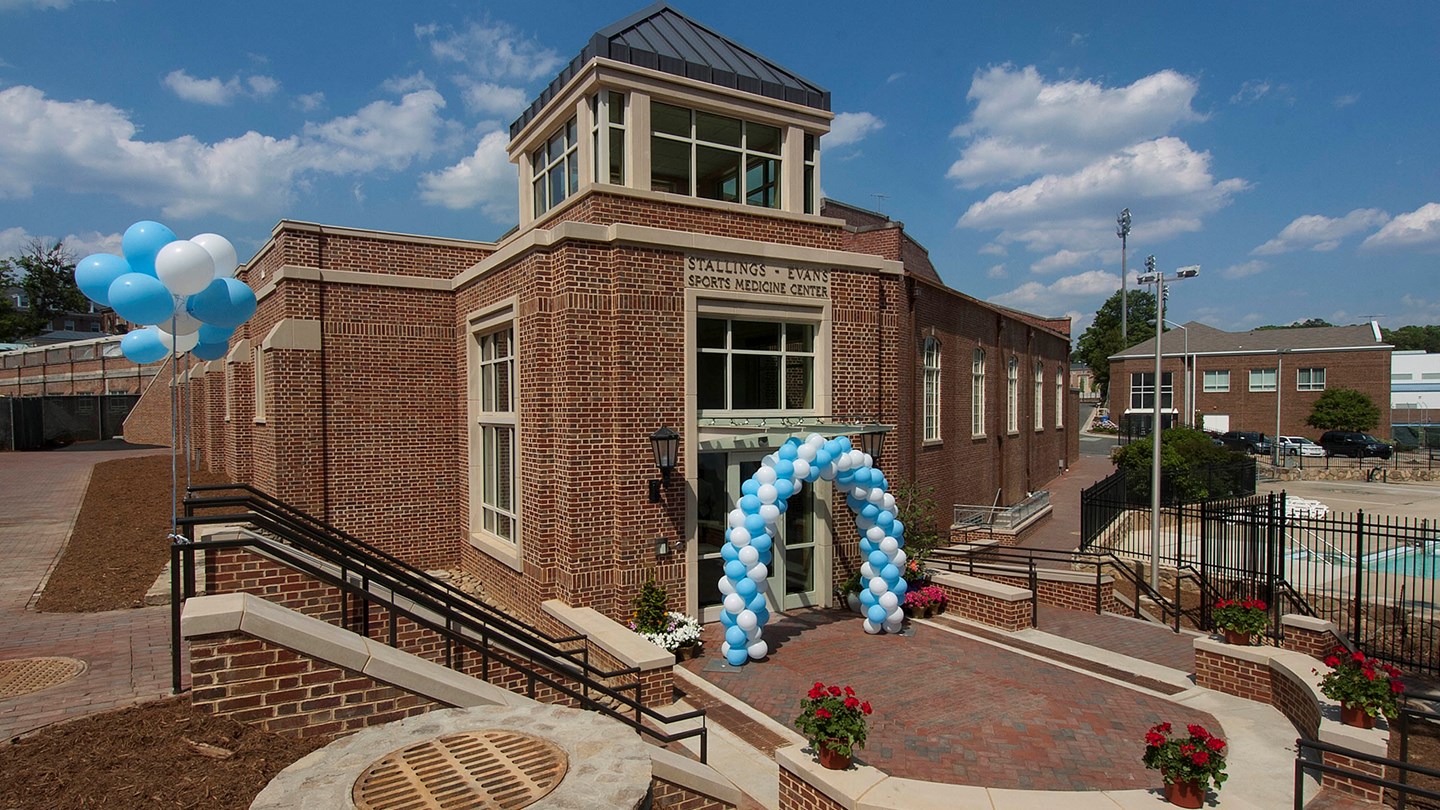 The gift is from Don Stallings ’60 and Billie Stallings, who also funded the Stallings-Evans Sports Medicine Center that opened in 2010. (UNC photo)

A new gift will enable UNC to build a 30,000-square-foot addition to Fetzer Hall that will enable the Matthew Gfeller Sport-Related Traumatic Brain Injury Research Center and the Center for the Study of Retired Athletes to work side by side under one roof. It will create space for growing research in areas such as sports vision science, active rehabilitation and novel diagnostics.

The new complex also will move Carolina closer to its aspirations for a new clinical program that addresses the treatment of patients dealing with symptoms related to chronic traumatic brain injury and neurodegenerative disease.

“Our work in traumatic brain injury research and novel treatments has had a global impact because of the Stallingses, and we are grateful for their commitment,” said Chancellor Kevin Guskiewicz, who co-directs the Gfeller Center with Jason Mihalik ’09 (PhD), an associate professor in exercise and sport science. “Building on our culture of collaboration here at Carolina, this gift will enable us to continue that impact for years to come.”

The gift also will allow for expansion of the existing sports medicine program so more of the general student body can use those services.

Carolina’s clinical concussion research began with a four-member research team and has expanded to 30 members who train future sports medicine researchers in diagnosing and treating brain injuries across the age spectrum, from pediatric patients to college students and retirees. The team also has been engaged in an eight-year clinical research partnership with the U.S. Army Special Operations Command on how to best care for Special Operations Forces combat and combat support soldiers who have sustained traumatic brain injuries. This work is actively expanding to include other military populations.

Stallings was a three-year football letterman and later played for the Washington Redskins. He is founder and CEO of Eagle Transport Corp. and a past chair of the Rams Club. He has served two terms on the Board of Trustees. Billie Stallings chairs the School of Medicine’s cardiovascular medicine advisory board and has served on the UNC Health Foundation board of directors since 2014.

The Stallingses have funded numerous other areas at Carolina, including an adult congenital cardiovascular disease clinic in the medical school, professorships in the Adams School of Dentistry and in exercise and sport science, and undergraduate scholarships.