Carrboro, which enjoys a reputation as the Paris of the Piedmont, seems to be undergoing something of an Italian Renaissance. Tesoro is the latest Italian-themed café to open, across from the Weaver Street lawn.

Owner David Peretin is also Tesoro’s chef, having worked his way up from dishwasher at The Fearrington House. Drawn to the passion and enthusiasm of the cooks, he said yes to every opportunity to learn his way around a kitchen and eventually join their ranks. He gained experience at various Triangle restaurants, and his mentors included James Beard Award-winners Ben and Karen Barker and their son, Gabe Barker, at Carrboro’s Pizzeria Mercato.

To create Tesoro, which means “treasure” in Italian and Spanish, Peretin gutted the former Market Street Coffee House, which closed permanently during the pandemic.

“The 100-year-old building gave us everything it had,” he said, explaining his extended architectural journey to opening.

He made room for 18 guests by installing a banquette along one wall and a six-seat bar. The 12-foot-tall ceiling makes the cozy space feel larger. He found room for another six seats outdoors. Though he keeps a few seats open each night for walk-ins, reservations have filled the rest of the tables every night.

His dinner menu, served Tuesday through Saturday, includes a palette of Italian, French and Croatian dishes, including pasta made in-house. The fan favorite by far is the pasta dish bucatini cacio e pepe, which translates from Italian into “cheese and pepper.” For lunch, served Friday and Saturday, he makes sandwiches on house-made focaccia.

Tesoro’s service staff is exceptionally hospitable, he said. “We treat [the café] like we’re welcoming people into our home for dinner.”

Francesca’s, a women’s clothing store, moved out of  Carolina Square to become an online boutique, and Style Camp moved in until it finds a permanent location. 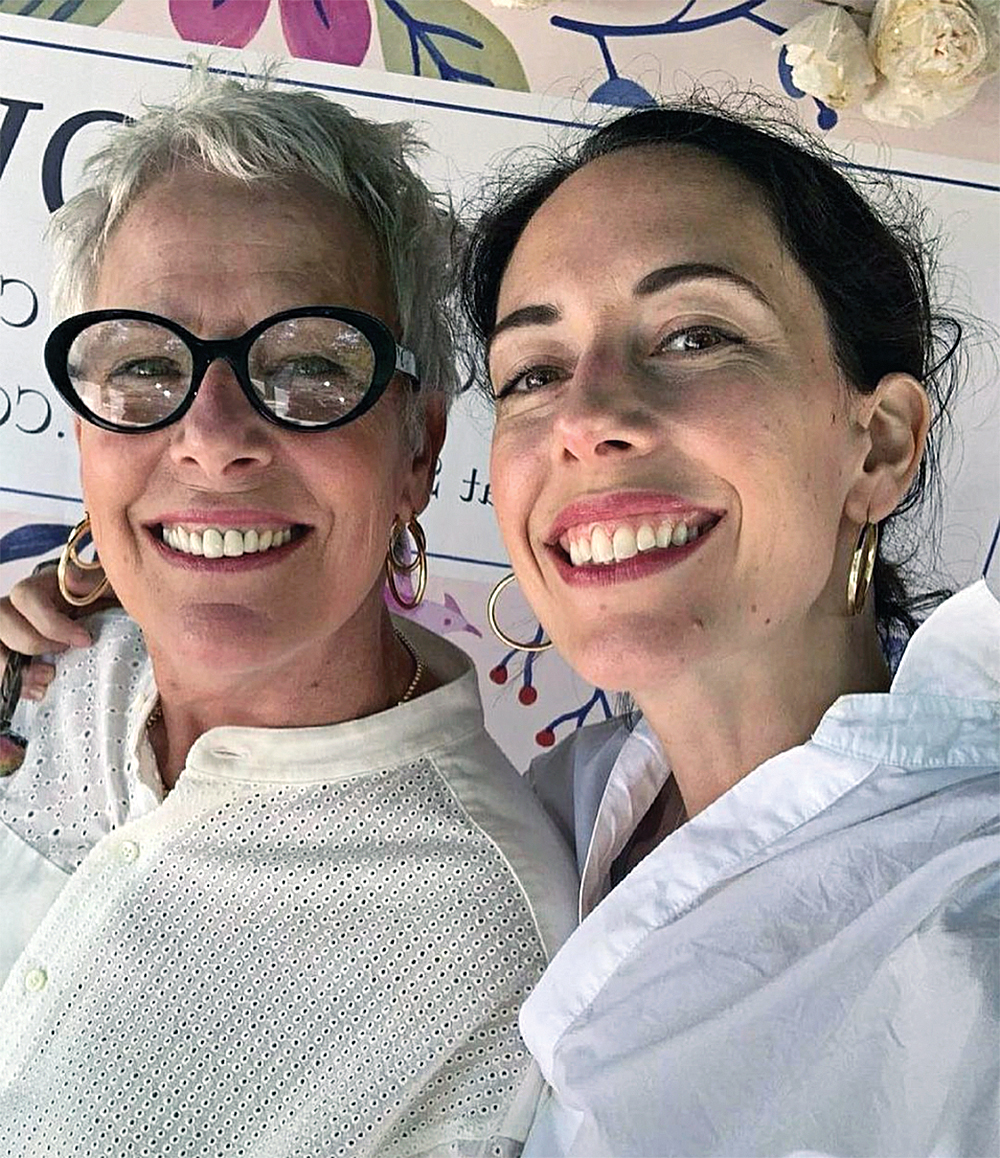 Bitsy Rhoda and her daughter, Natalie Shapiro, had operated Style Camp in Chestnut Hill, Pa., near Philadelphia, since 2012. They introduced clientele to under-the-radar designers, unique fashion finds, accessories and gifts.

The store had an online presence already when Shapiro’s husband, Aaron Shapiro,  joined the communication faculty at UNC. The family-owned business relocated with him and will operate as a pop-up shop through mid-December as Rhoda and Shapiro decide where in Chapel Hill to open.

The mother-daughter team personalizes the shopping experience by showing customers multiple ways to style an item, putting looks together or choosing the perfect gift.

Sometimes you just need to escape, and Dan Harmon ’02 (MBA) has created just the place.

Earlier this year, Harmon and his wife, Chrissi Harmon, bought Bull City Escapes, having enjoyed the hands-on puzzle-solving with their four children and friends. Part of the “escape room” phenomenon sweeping the country, players are “locked” into rooms and must use clues and solve puzzles to “escape.” Because so many Bull City customers had wanted new escape games to solve, the Harmons opened Tar Heel Escapes in downtown Chapel Hill in July. 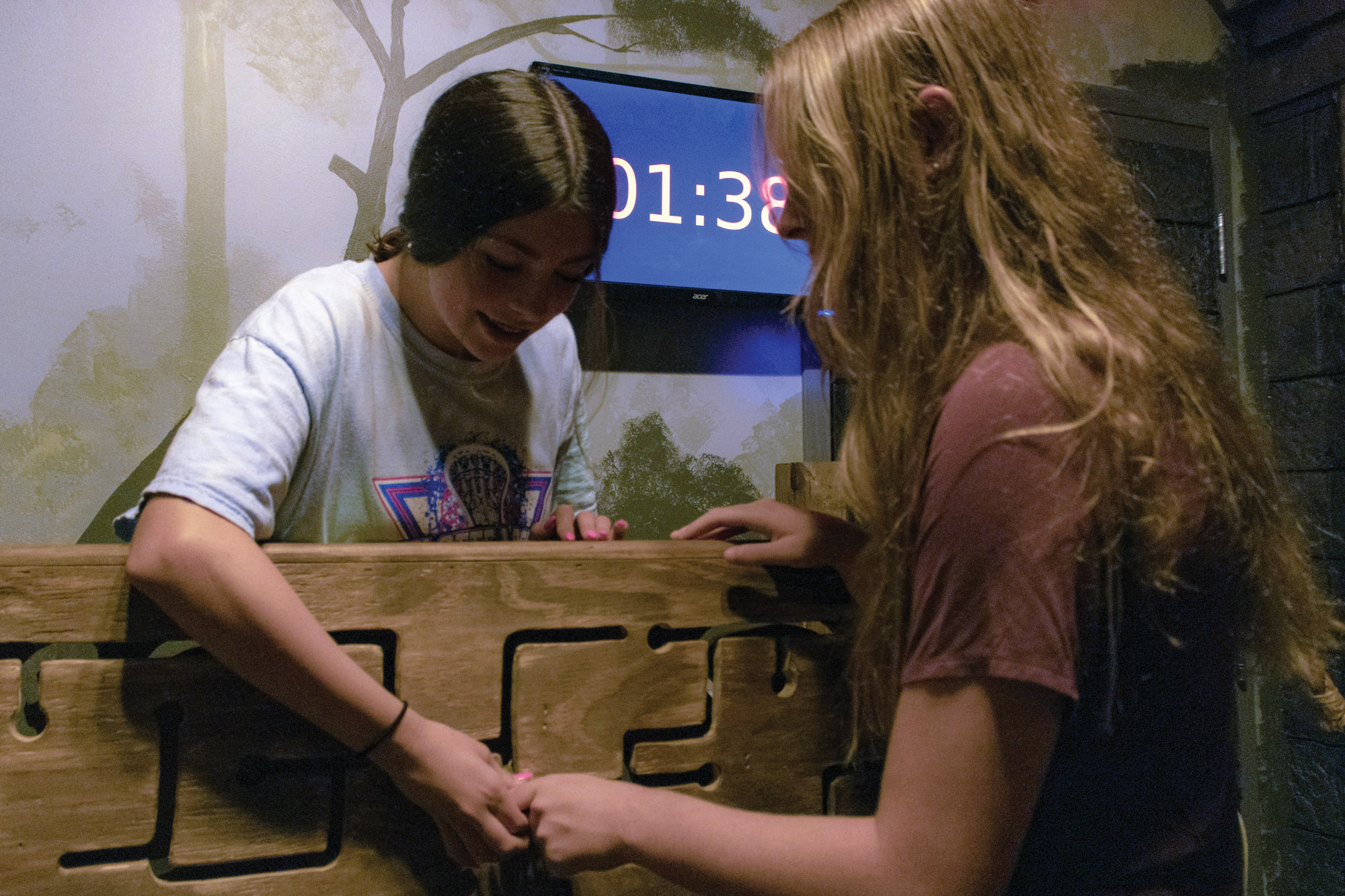 Some players come to celebrate birthdays or other special events; others substitute dinner-and-a-movie with dinner-and-an-escape. Businesses have booked the rooms for corporate team-building experiences.

Tar Heel Escapes has three games open at present, and Harmon is building games for two more rooms. One is the jungle-themed Raiders of the Lost Temple, where puzzle-solvers explore ancient Mayan ruins. Another is Spy Code, in which players investigate the creator of Bitcoin, who is up to nefarious activities. The final is Game of Crowns, a medieval fantasy quest.

None of the games is scary, Harmon emphasized, and players don’t need any prior knowledge about the themes. Every element needed to solve the puzzles is already packed into the room.

Rooms are for private parties of three to eight people, and no group is combined with strangers. Tickets are $29 per person. 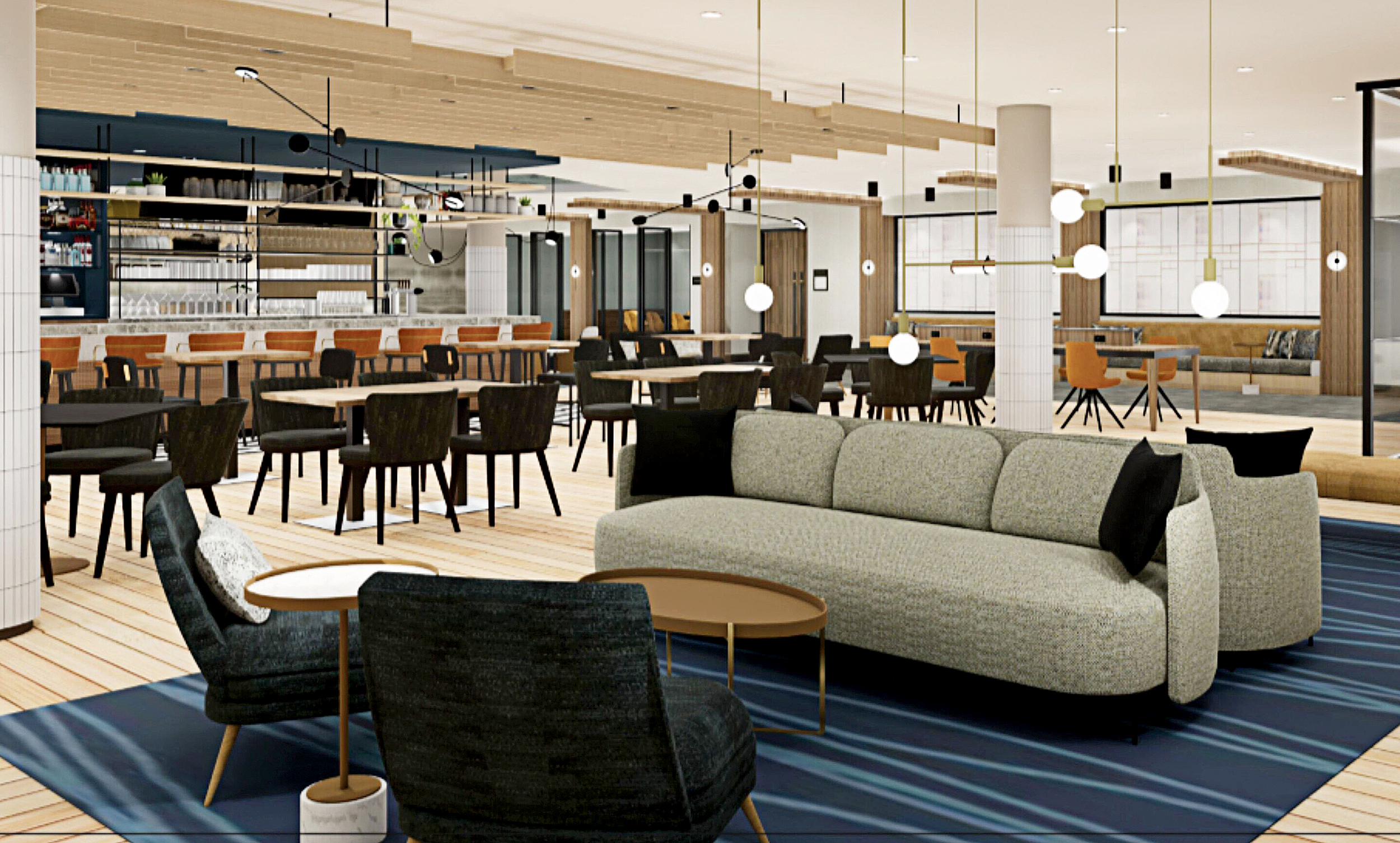 Once the Sheraton Chapel Hill hotel remodeled and reopened in September, Blue Corners Bistro & Bar made its debut.

Atma Hotel Group purchased the Sheraton Europa, along with the Chapel Hill Courtyard by Marriott, in 2019, adding to its Chapel Hill portfolio that already includes a Hampton Inn & Suites, a Quality Inn and a Holiday Inn Express, and is building a Tru by Hilton hotel in that same 15-501 corridor.

While the hotel business slowed almost to a halt during the pandemic, Atma pumped $15 million into completely renovating the Sheraton, turning the ground floor into a modern-day public square. Blue Corners is an “open concept” restaurant, almost like room service, only in the lobby. “Wherever you sit, we’ll come and serve you,” said Adrian Deacon, the Sheraton Chapel Hill’s director of food and beverages.

Blue Corners is open to the public for breakfast, lunch and dinner. Avocado toast has become a breakfast favorite for many customers. As the day moves on, chef Donovan Campbell fills orders that range from paninis to prime rib. He makes a mean ahi tuna bowl and jerk lobster bowl, along with a variety of tapas and seafood specials.

The dishes emphasize local ingredients and can be accompanied by local craft brews. The bar’s cocktails, with or without alcohol, are made with freshly squeezed juices.

Once the outdoor pool opens in late spring, Blue Corners will extend its service to the pool deck. During the winter, it has no outdoor seating.

After more than a half-century in business, Night Gallery–Branching Out turned off its lights permanently.

Pam Williams opened Night Gallery, a lingerie store, in downtown Chapel Hill in 1969. When University Mall opened in 1973, Night Gallery became one of its first tenants. Gradually Williams added personal care products. At some point, she doesn’t recall when, she merged with Branching Out, a vintage clothing store.

Reaching her 77th birthday in September, Williams thought it time to retire. At the end of August, she slashed prices in half and sold her inventory. Though she won’t miss the stress of running a retail business, she will miss the customers.

“I’ll miss going into the store every day,” Williams said. “After 51 years, that’s a hard habit to break.”