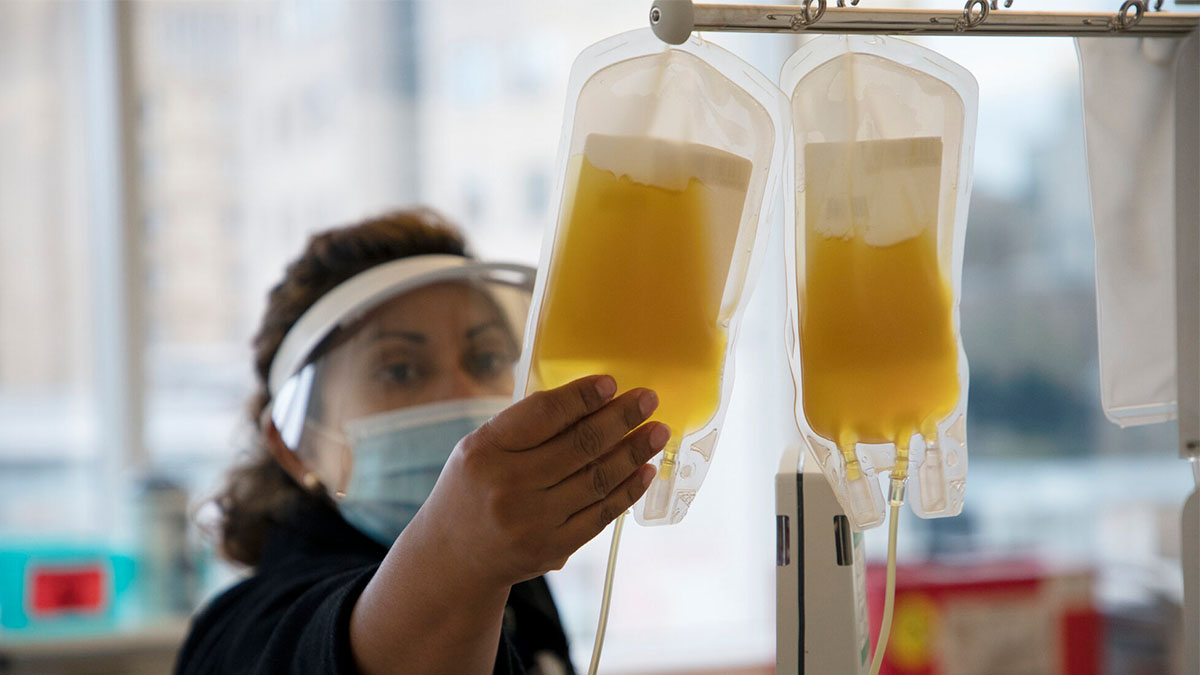 In 1901, among the rolling hills east of Tuscany, an Italian doctor named Francesco Cenci noticed recovering measles patients were highly unlikely to be infected a second time. Something was protecting them, and he thought it was in the blood.

Cenci collected blood from a young man who was just a few weeks out from recovering from measles. Then, he injected the “convalescent serum” into four young children. None got measles, but their untreated siblings did.

During a measles outbreak five years later, Cenci repeated the experiment to protect dozens more children from infection. He also gave the convalescent serum to a child who was severely ill with measles and pneumonia — which seemed to improve symptoms and decrease the length of disease compared with other children he was treating without convalescent serum. His work, published in 1907, is considered the first known case of a doctor using what we, today, call convalescent plasma to treat people suffering from an infectious disease.

Over the next 114 years, doctors used convalescent plasma to treat patients with a variety of illnesses, including multiple influenzas, Argentine hemorrhagic fever, chickenpox, MERS, the 2002 SARS outbreak and Ebola.

Even with such a long history and many case studies showing the safety and efficacy of convalescent plasma infusion, news of the U.S. Food and Drug Administration authorizing emergency use of the therapy as a COVID-19 treatment took some health experts and medical journalists by surprise. The scientific jury is still undecided on the validity of the treatment because there have not been well-designed large-scale, randomized clinical trials.

Enter Carolina infectious disease researchers Luther Bartelt and David Margolis. Since the end of April, the University has been part of the Mayo Clinic’s federally approved program to collect plasma from people who have fully recovered from COVID-19 and give it to patients struggling to beat the disease in the hospital. They want to run randomized clinical trials to learn as much as they can about convalescent plasma with the hope of making it as effective as possible and informing the scientific community about the method for future viral epidemics — a difficult undertaking. 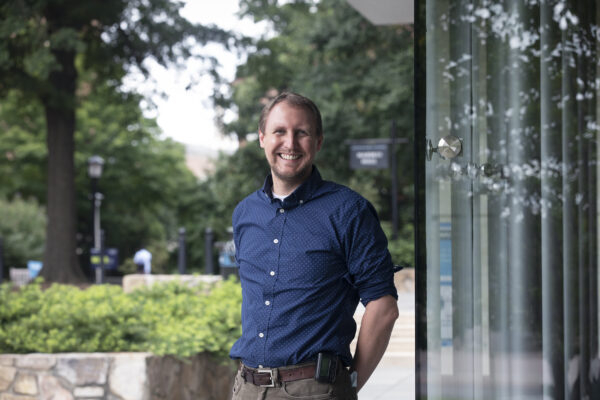 “This is the part that never makes headlines: It takes a large team of people to get big research projects established quickly and successfully,” said Bartelt, an assistant professor in the School of Medicine. “The transfusion team worked an extra day every week. And while their pre-COVID trials were necessarily scaled down due to the pandemic, the HIV clinical trials unit used their world-class infrastructure to allow us to quickly ramp up COVID-19 clinical trials. We were able to enroll patients very quickly, largely thanks to people like Brian Gurney, a research instructor and nurse practitioner, who has lots of roles at UNC Hospitals. I don’t think he had a day off in six weeks.”

So far, more than 150 volunteers have donated plasma at Carolina, and clinical studies have begun. After completing 20,000 infusions throughout the Mayo Clinic-led program, researchers discovered that, compared with other types of transfusions, the therapy causes no additional health risks. Now, Carolina investigators are ramping up clinical study protocols to determine whether convalescent plasma is a viable therapy.

Plasma is the yellow liquid that remains when blood cells and platelets are removed. It’s about 92 percent water. The rest is salts, minerals, fats, hormones, sugars, vitamins and important proteins. Oh yeah, and antibodies.

People recover from SARS-CoV-2 infection because their immune system creates antibodies — blood proteins that latch onto the virus and keep it from infecting more cells. The idea behind convalescent plasma is that, for people with immune systems unable to mount a strong antibody response, more or better antibodies from recovered patients would provide a much-needed boost. That sounds great, but is it true?

“Not every unit of plasma has the same amount and type of antibodies,” Bartelt said. “Right now, with plasma being given without knowing its function, it would kind of be like trying to study the effect of some drug without knowing what dose a patient received. That’s why it’s taking the research community so long to find out if convalescent plasma is a truly beneficial COVID-19 treatment. The reports are trending that it could be, but we need a randomized trial.”

For that, the researchers need to measure the plasma’s effectiveness at neutralizing SARS-CoV-2. They turned to the Carolina lab of Ralph Baric, the renowned coronavirus expert who helped develop remdesivir, the first FDA-approved drug to treat severe COVID-19. Baric’s team created an experimental lab assay to determine whether a particular unit of plasma contained neutralizing antibodies and, if so, how effective they are at beating back SARS-CoV-2.

Using Baric’s assay while studying plasma donated at Carolina, Bartelt and colleagues learned that recovered patients have a wide range of COVID-19-fighting antibodies floating in their plasma. “It seems that recovered patients reach different antibody peaks, and we don’t know why,” he said. “It partly has to do with how sick a person gets, but other factors likely contribute, too.”

Right now, Bartelt thinks the higher the peak of antibody concentration, the longer the high concentrations stick around. This means some recovered individuals may have detectable antibodies in their blood longer than others. Also, these donors might be carrying a sort of super plasma that — if used as therapy more often than plasma with fewer antibodies — could tip the scales in the debate on convalescent plasma’s effectiveness.

Bartelt also is studying the effects of antibodies on inflammation — a hallmark of lung problems in COVID-19 patients — and the effects of convalescent plasma based on when it is given to patients.

Antibodies can perform different functions throughout COVID-19’s progression, Bartelt said. Some can actually stick to the virus. Researchers believe this may be more therapeutic at the beginning of the illness.

“Later on in the course of the disease, another part of the antibody might do something else. We need to know this information to make antibody-based therapies as effective as possible.”

To answer these questions, the researchers will lean on another lab assay created by Carolina scientists Prem Lakshmanane, Aravinda de Silva and colleagues. They developed a blood test to measure SARS-CoV-2 antibodies that target one unique piece of the virus’s spike protein: a receptor binding domain, which allows the virus to enter a body’s cells and cause infection. These spike proteins vary widely among different types of coronaviruses.

Sure enough, when the researchers tested blood collected from people exposed to other coronaviruses, none had antibodies to the receptor binding domain of SARS-CoV-2.

Carolina infectious diseases researcher Alena Markmann used the de Silva-Lakshmanane assay to analyze the plasma from the first 68 people who donated, up to three months after symptom onset. She found that 9 percent had undetectable levels of neutralizing antibodies, 35 percent had low levels and 56 percent had levels within the proposed therapeutic range.

Part of Carolina’s clinical convalescent plasma program includes storing plasma with lower amounts of neutralizing antibodies to study what else about plasma might make it helpful in the fight against SARS-CoV-2 and other infectious diseases.

It isn’t clear when Bartelt and colleagues will have results from the clinical studies, but they need more donors — recovered COVID-19 patients who are willing to donate and be screened.

Carolina is not the only academic medical center trying to answer these questions, which is good because getting sufficient data would be impossible for just one institution. But Carolina’s project runs the gamut — basic science lab assays, clinical studies and randomized controlled clinical trials to answer many questions as fast as possible.

— This story was written by Mark Derewicz, director of research news for the UNC School of Medicine, and produced by Endeavors, UNC’s online research magazine.