The Coach and the Kid

There were five Carolina graduates in the Virginia House of Delegates when Dean Smith retired, so they did what any decent Tar Heel would have done. They put forward a resolution of thanks and appreciation for Coach Smith and the storied basketball program down in Chapel Hill.

Of course, they laid it on pretty thick. That’s what legislators do, given the opportunity, not that “thick” wasn’t warranted. In short, when they got as many “whereases” and “wherefores” loaded into it as it would stand, they sent it down to the Southern Part of Heaven, thinking that would be the end of it.

It wasn’t. Some of the public relation pooh-bahs there got hold of it and insisted that the five Virginia lawmakers come down and have lunch with Coach Smith. Lunch with Dean Smith! The Dean Smith! 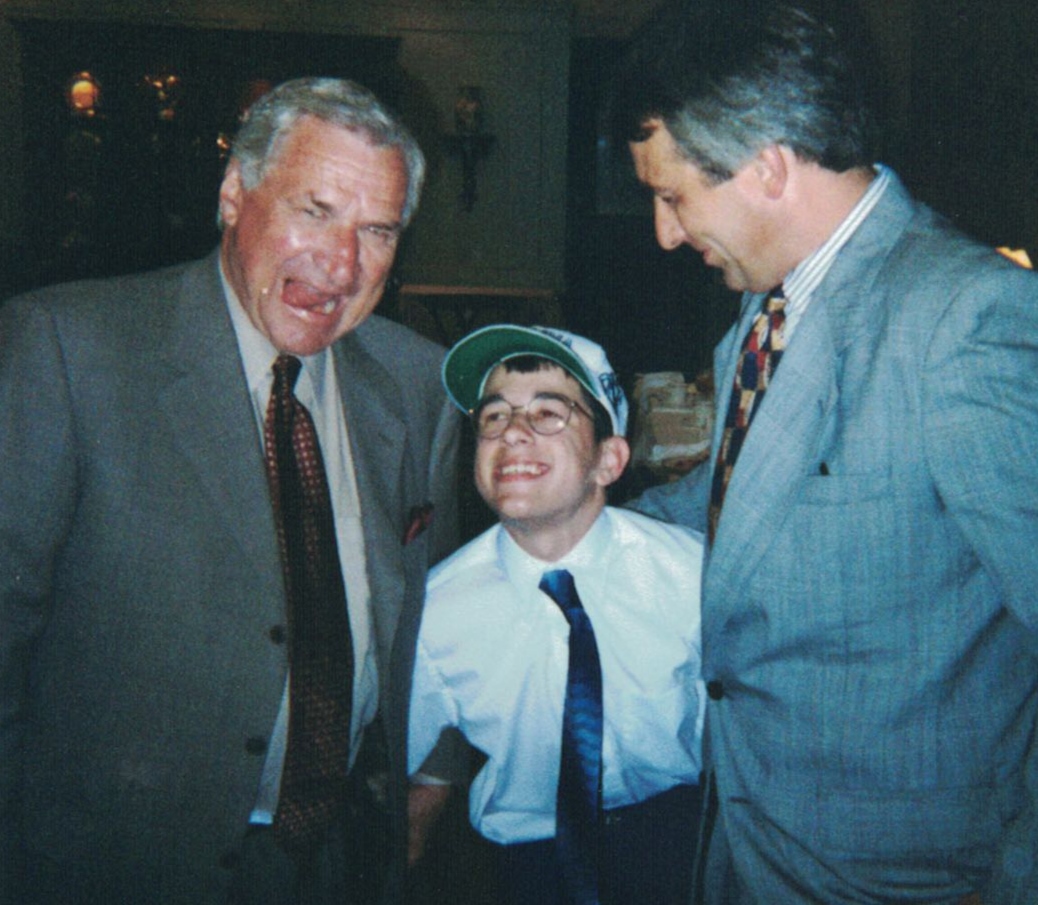 The night before the appointed day, one of them decided to take with him Matt Shelor, a tough, scrappy, plucky kid from Meadows of Dan.

Nobody called Chapel Hill and asked permission. Nobody called and asked if they could set another plate or pour an extra glass of tea. It would have been the courteous thing to do, but it didn’t happen. One of them did call Matt’s mother and told her he wanted to take Matt out of school for a day and down to Chapel Hill for a surprise visit to meet Dean Smith, and mum’s the word.

Did the fact that Matt Shelor was the biggest Carolina fan in North America have anything to do with it? Of course it did.

So did the leg braces he’s worn since birth.

Dean Smith, who died Feb. 7, was a great coach, no doubt about it, but on that day he was so much more than a coach. If you could have seen him with that kid, arm around him, pulling him close, you’d know that Dean Smith saw in Matt Shelor more grit than ought to be legal in one kid.

Did they hit it off? Please.

You see, Dean leaned in. Always, Dean Smith leaned in.

It was Dean who arranged the seating to accommodate Matt’s physical difficulties, Dean who insisted that Matt be at his side during lunch, Dean who sent for a photographer and asked if Matt would mind posing with a coach.

They laughed through lunch like old chums — talking more about politics — and girls — than basketball.

That could have been the end of a magical day for all concerned, but it wasn’t. Matt had to go back to school the following day and explain his absence. Of course, he told the truth. He was having lunch with Dean Smith. To say there were a few eye rolls over that one would be charitable. Then, right on cue, from deep downtown, boom, the photos hit — Coach Dean Smith and Matt Shelor, embracing. Nothing but net.

Matt was elected president of the student body at Patrick County High School his junior year. He attended Radford University, earning undergraduate and graduate degrees, and was elected student body president at Radford his senior year. These days, Matt works as an independent living coordinator at the New River Valley office of the Roanoke-based Blue Ridge Independent Living Center.

To this day, he still says that having lunch with Dean Smith 17 years ago was one of the most memorable days of his life.

“I remember it quite vividly,” Matt says. “I do.” He pauses. The pause is a long one. “He was a better man than he was a coach.”