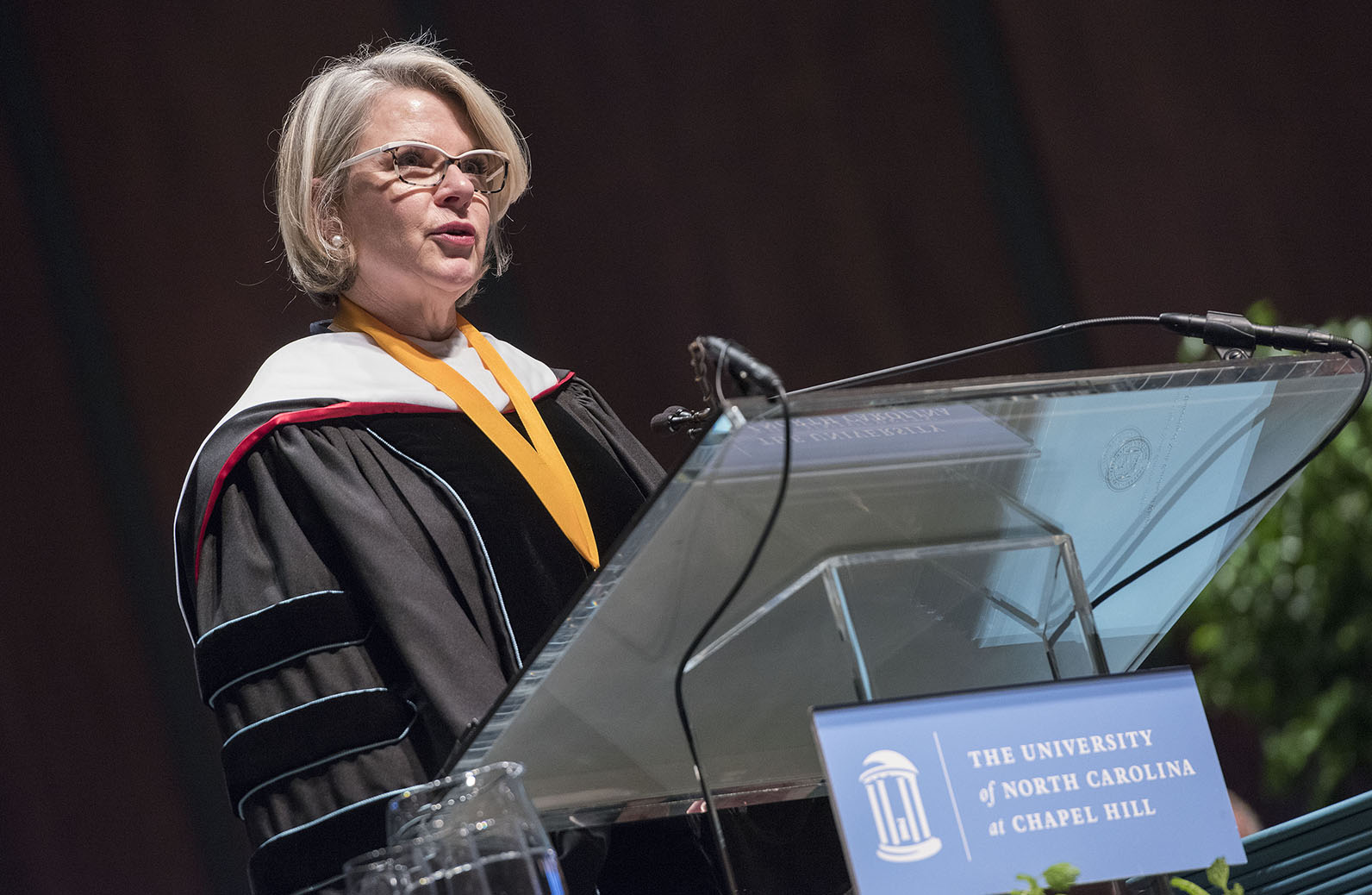 Margaret Spellings, whose five-year contract was set to expire in February 2021, said she initiated the separation in early October. (UNC photo)

Margaret Spellings will leave the presidency of the UNC System at the end of the year, just short of three years after she started.

William Roper, who has led the School of Medicine and UNC’s health care system since 2004, will take the helm of the 17-campus system in the interim on Jan. 1. Roper was scheduled to retire in May. 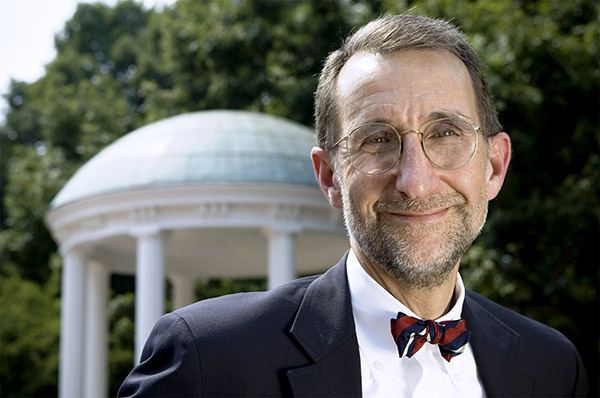 Spellings will step down Jan. 1 and stay on to help with the transition for two more weeks.

A tumultuous chapter in the leadership of the 17-campus system will end: Spellings’ appointment to replace Thomas Ross ’75 (JD) revealed disagreement among Board of Governors’ members on how the search was handled; faculty across the system complained they were not included in the process; Spellings became an immediate target for protests on multiple campuses, some over what was perceived as her views on LGBTQ issues, for-profit universities and the student as “customer.”

The protests died quickly, but Spellings’ differences with some members of the Board of Governors did not. She came in for harsh criticism from some board members when, following August 2017 protests over the Confederate monument known as Silent Sam, she joined administrators on the Chapel Hill campus in asking Gov. Roy Cooper ’79 (’82 JD) to intervene.

Most of the 28 current members of the Board of Governors were not on the board when Spellings was chosen. Board members are elected by the N.C. General Assembly, and the membership is dominated by Republicans.

After leading the creation of a new strategic plan for the system during her first two years, she said: “Then a new cast of characters shows up, and they’re like, ‘That’s not my strategic plan.’ ”

A year ago, a majority of the board proposed a host of changes in the University system, including lowering tuition and fees at the campuses, reorganizing Spellings’ staff and possibly moving the UNC System office away from Chapel Hill. Some board members saw this as meddling in the president’s ability to manage the operation; others insisted reforms were needed.

But none of that rancor was present on Oct. 26. In a news conference, Spellings said simply that “really this is the right time for me. I’ve given it my all.” She deflected questions about whether she was pushed out and said that at age 60, she hopes to continue to work in public service, probably in her home state of Texas.

“All leaders are for a time. I came into this position knowing that the most lasting contribution I could make was to help create a culture of higher expectations for the citizens of this state — and we have done just that.”

“I will forever be honored and humbled by the opportunity to serve alongside our terrific chancellors, faculty, staff, students and our boards of trustees and Board of Governors,” she said. “Together, we held tuition in check; opened the doors to more rural, low-income and first-generation students; and earned deeper support than ever from our lawmakers and the public. We’ve kept our focus on the core challenges facing North Carolina, and we’ve made real progress.”

Spellings noted that the system also had “defined national trends on affordability and accountability.”

Board of Governors’ Chair Harry Smith said: “It’s a big job. I can’t say enough about how she’s shouldered it.” He added: “Now is the right time for a new leader.”

In 2016, the Board of Governors approved the NC Promise Tuition Plan, which lowered undergraduate tuition to $500 per semester for North Carolina residents at three schools. It also passed the Fixed Tuition Plan, which freezes tuition rates at the rate in effect when a student enters as a freshman.

“All leaders are for a time,” Spellings said. “I came into this position knowing that the most lasting contribution I could make was to help create a culture of higher expectations for the citizens of this state — and we have done just that.”

The system did well, Spellings added, “notwithstanding the hurricanes of all kinds.”

The board — with 10 of its members present and others connected by phone — discussed the topic in a two-hour closed session, then approved a separation agreement that includes a $500,000 payment “reflecting acceleration of research leave provided for in the existing employment contract and projected performance bonus.”

Roper, 70, came to Chapel Hill as dean of the School of Public Health in 1997. He had run the Medicare system and been an aide on domestic policy for President Ronald Reagan, then directed the Centers for Disease Control and Prevention under President George H.W. Bush.

Under Roper’s leadership, UNC Health Care grew into a network of 13 hospitals across North Carolina. The medical school grew from 160 students per class to 190.

He was scheduled to retire in May, take a year’s sabbatical and return as a professor in his specialty, pediatrics.

Spellings said she initiated the separation in early October.

Spellings has spent more than three decades in education and public policy work, including as a top aide to George W. Bush during his presidency and rising to the Cabinet as secretary of education.

She previously led the George W. Bush Presidential Center. In that role, she oversaw the operations of the former president’s foundation, public policy institute and, in collaboration with the National Archives and Records Administration, his presidential library and museum.

In 2005, she worked closely with a key higher education issue — accessibility and affordability — when she convened the Commission on the Future of Higher Education. During that time, she represented the Bush administration’s development and implementation of international education agreements with several countries, including China, Russia and the United Arab Emirates.

Bush named Spellings secretary of education that year, and she led the implementation of the No Child Left Behind accountability initiative for U.S. public schools. She served in the Cabinet for five years.

Shortly after beginning work here, she told the Review: “I wasn’t seeking this opportunity particularly, but I’ve long admired this place in every sense. … So I hope they are as excited as I am. I think they made the right choice because they’re looking for someone that can be a bridge builder between — and maybe there’s not much of a distance between the two things — but between the academy and policymakers, legislators and the public. That’s maybe a three-way bridge. I have a lot of experience in the political arena and the public-policy arena, working across both sides of the aisle, at the state level, at the federal level, on behalf of local governments, specifically school boards. I’ve done it for a good while. I’m an expert in higher education, but I also know how to manage in a political and policy setting.”